Kuda, a digital bank that operates in Nigeria, has closed a $1.6-million in a pre-seed round.

The startup, which was founded last year by Babs Ogundeyi and Musty Mustapha (picture above, left and right), was formerly known as Kudimoney and was in Startupbootcamp (SBC) AfriTech’s second cohort. 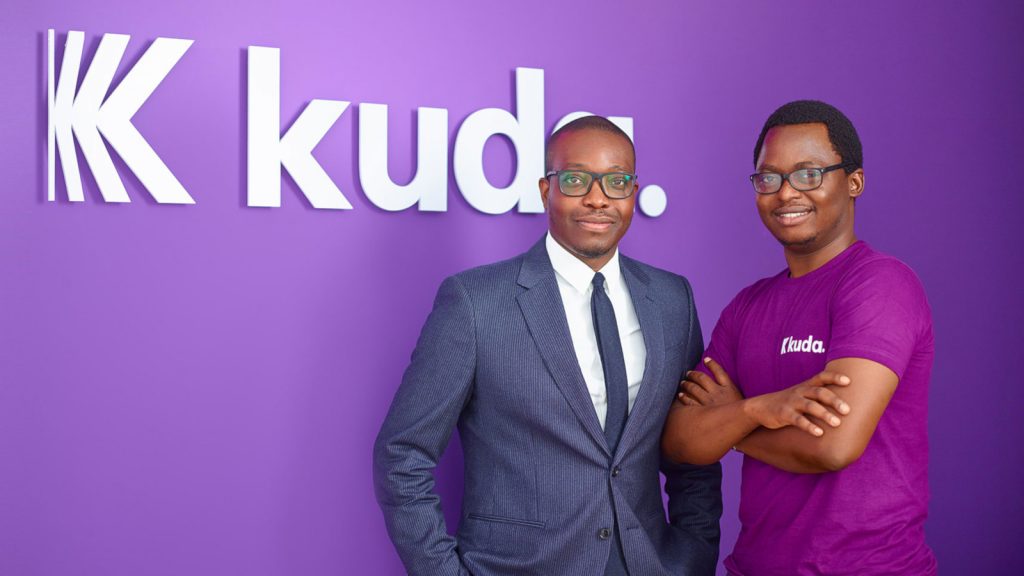 Kuda said in a statement today that Startupbootcamp, Haresh Aswani of the Tolaram Group, Ragnar Meitern and other unnamed investors had participated in the round.

The startup received a banking license from Nigeria’s Central Bank last year and recently opened its beta testing phase to the public in preparation for a full launch in the fourth quarter of the year.

However, it did not reveal how many users it currently has, when asked in an email by Ventureburn today.

Plans to expand the product offering

Kuda said in coming months it plans to expand its product offering to incorporate consumer savings, rewards and peer-to-peer payments as part of its digital financial offering.

Ogundeyi said the mobile-first bank — which is based in London and has a subsidiary in Lagos — is built to address the “serious pain points” for the world’s most mobile-centric consumers.

“We are using our technology to build a next-generation digital bank that provides a genuine alternative choice to consumers in Africa, both in terms of being able to offer a full range of products but most importantly on price.

“With Kuda, our users get an intuitive mobile-first experience that is almost instant to set up, a world-class app and services that work seamlessly to make their lives easier,” added Ogundeyi.

Free deposits in over 10,000 branches

Kuda states on its website that its customers get two free transfers to other banks every month, with the subsequent transfer after that incurring a 10 Naira cost.

The startup also has partnerships with Access Bank, GTBank and Zenith Bank. These allow Kuda’s account holders to deposit money in over 10,000 branches and ATMs across Nigeria for free.

Aswani, also commenting in the same statement, said Kuda’s vision for democratising financial services and making it easily accessible and affordable to all Africans aligns with his philosophy on transforming industries and value creation.

“The founders of Kuda are extremely smart and knowledgeable about the space. I am excited to partner with Kuda and support their continued growth,” he added.

Kuda’s founders have backgrounds in the financial and tech industry. Ogundeyi is an ex-PwC auditor and former special adviser on finance to the Nigerian Government. This while Mustapha was a software engineer at Stanbic Bank and holds a Phd in Machine Learning and Artificial Intelligence.

Read Also:  Promasidor Promote Healthy Living of Under-Privileged As They Donates to Orphanages

In its Transport fare Watch report for April 2020 on Wednesday, the National Bureau of Statistics (NBS) said the...
Read more
News

The Honourable Commissioner for Waterfront, Arch. Kabiru Abdullahi has urged the Federal Government of Nigeria to join forces with the Lagos State Government in...
Read more
Agro News

Thinking Of Auditioning For BBNaija? Here’s What You Should Know!

It’s three days left to the close of BBNaija auditions for season 5! ICYMI, BBNaija is back with a brand-new season in July 2020. The...
Read more
Brand News

Guaranty Trust Bank PLC (GTBank) has ascended to the number one position as the Most Admired Financial Services Brand in Africa. Brand Africa which...
Read more