If You Are Not Making Money, You Should Not Lose Money – Bisi ONI

As Nigeria is facing economic instability and as the inflation rate is growing astronomically, experts in the financial sector put thoughts together and provided some solutions to the economic recession Nigeria is wallowing in for the past few years. 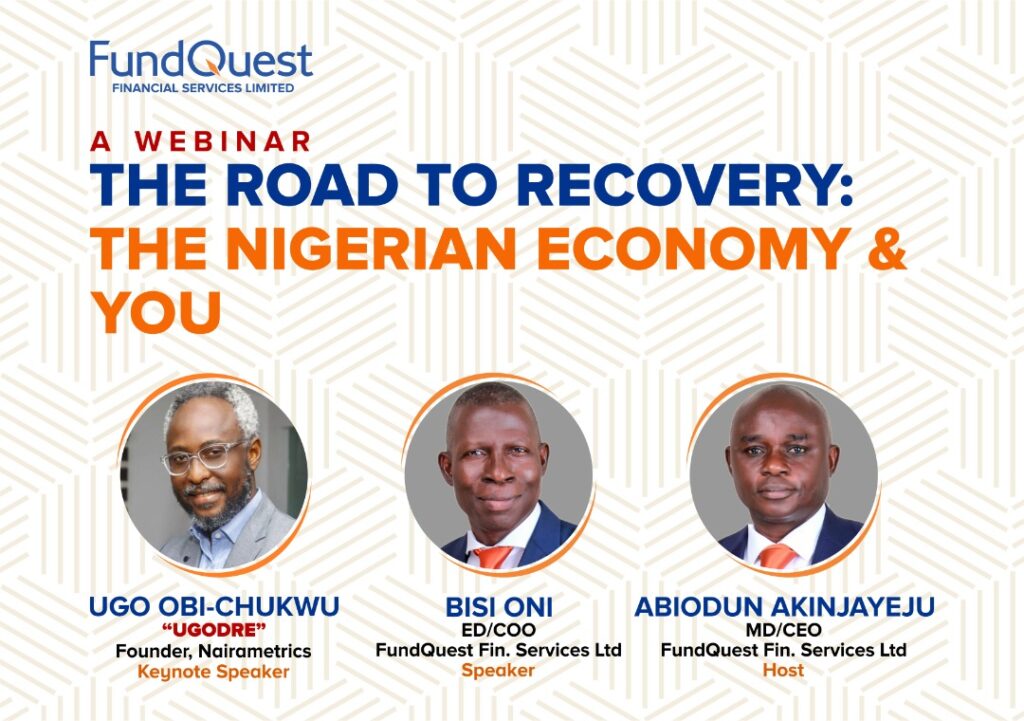 In the last few years, Nigeria has seen rising inflation, recessions and of course, the unemployment rate in the country continues to grow since 2018 and as of December 2020, a total of 12.72 million Nigerian youths were out of jobs.

Speaking on the challenges of the country, the Chief Speaker, Ugo Obi-Chukwu said Nigeria is indeed facing a lot of issues ranging from Stagflation, high unemployment, high poverty, insecurity, social unrest and zero trusts in government.

He said the unemployment rate that is on the rise in Nigeria is the consequence of stagflation and when it’s happening, it’s not a surprise which is a sign of abject poverty.

While analyzing how the economy is plunging, Mr. Ugo mentioned that towards September 2019 when the government announced the border closure, food prices started going up gradually and in March 2019, as a result of the COVID-19 and drop in oil prices things starts to get worse and towards October, Nigeria experienced rumour of increase in electricity prices and in June and August, there was a major devaluation, and all these filtered into the cost of goods and services.

He continued that as the effect of herdsmen crises continues to rise, it affected the cost of food prices and food inflation keeps rising. The inflation rate which is at 17.33% he said may likely reach 20% this year as a result of the fuel subsidy been debated, electricity tariff which could go up and a likely devaluation this year depending on where oil price sits.

The Unemployment rate according to him has gotten worse since 2018 and in 2021 reached 33.3% where about 10 million people dropped out of the workforce and as of December 2020 total of 12.72 million Nigerians youths are out of jobs. ‘We have high unemployment because of the high inflation rate and our GDP is poor” he said.

Other challenges include increase insecurity ranging from terrorism, banditry which has affected the free movement and transportation of goods; social unrest like the EndSARS movement which was driven by the youth; ill-timed fiscal policies, bad governance, poor infrastructure amongst others.

He frowned at how Nigerians depend mainly on importation without making significant exports to earn forex. “Everything we like to consume here, we import them. We don’t make laptops. We don’t make phones, the things we use the most we don’t even make plans to establish here to make them locally and that is why exchange rate will always be a challenge to us in this country, we can’t rely on oil only for foreign exchange, we have to move out of it and in as much as government has a lot to do, some of us also have a responsibility too”

Also speaking, Mr. Bisi Oni said the recent happenings have shown that there are ways to do business afresh. He said the COVID-19 has brought new ways of doing business and has opened more opportunities.

He frowned at how the unemployment rate in Nigeria is growing drastically even at the detriment of the youth and the economy. “How would an economy grow when 35 millions of youth, people in their prime life are unemployed? It is not rocket science, you cannot wish yourself into economic growth, it has to be planned. Growth is not an accidental process, anywhere growth has happened; it takes the deliberate, conscious, and intentional process to make it work. When you see that the significant number of people that should create value in an economy or institutions are lagging, then you are headed for the rocks”

Read Also:  FundQuest Visits Orphanage Home to Give Back to The Society

He said different policies of government are also an obstacle to economic growth. He said there should be policy harmonization and see how it should work instead of conflicting and confusing policies.

He continued that though the country is out of recession, it is momentary and volatile because it’s not sustainable until government make deliberate and coordinated programs to salvage it.

Though he said the National Bureau of Statistics (NBS) highlighted the sectors that drove the recovery to be the Agriculture, telecommunications, real estate, health and social services sector, Mr. Oni doubts if they are sustainable. He mentioned the creative sector is a promising sector that should be critically looked into because of the wide opportunities involved.

On technology, Mr. Oni said brick and mortals is not the economy of the future rather the one driven by technology service. E.g., Kuda bank a digital bank that is giving conventional banks a run for their money.

He furthered that the policy of the country is structured to resist innovation and creativity which is called for concern. “Every attempt to create something new thing is always met with resistance, either from the government, the policy or the people who are implementing it. We need a growth mindset to have sustainable growth…If the government doesn’t think sustainable growth is possible, then the people won’t follow. They need to see that trust in governance”

On diversification, Mr. Oni said there is a need to diversify the economy instead of depending on oil. According to him, “crude oil proceeds account for about two-thirds of government revenue. Yet the sector only contributes to an average of 10% of GDP yearly. In 2020 that figure was a mere 8.16% with the non-oil sector contributing 91.84%. The economy has moved, it’s high time we challenge the status quo”

On the impact of inflation on individuals, he said the inflation is at 17.3% in 5 years and the price of commodities has sky rocked and everyone is feeling the heat.

Is there a way out?

According to Mr. Oni, the structuring of personal finance is very important, the time to rethink our asset creation, strong positioning in investment as income is fixed even at this period, the need to work on our income and invest wisely.

“At this time, if you are not making money, you should not lose money and this is what will keep you through this period,” he said.

He added that FundQuest Financial Services Limited is able to help individual or organisations to access some of these opportunities with multiple investment products suitable for both individuals and corporate investors.

In his own view, the chief host, Mr. Abiodun Akinjayeju said that the cumulative result of the economy we get is as a result of individual actions and the economic actors as most times we depend more on foreign but never embrace local and that is what is cumulatively affecting the GDP, exchange rate and others.

He however called on all economic actors and government to come together and make things done and the need to “think Nigeria, live Nigeria and spend Nigeria”.

FundQuest Visits Orphanage Home to Give Back to The Society

Recovery will not return economies to Pre-COVID Levels until 2022

In its most recent Q3 economic scenarios, Strategy Analytics predicts the US and Western European economies will remain between -4% and -6.6% below the...
Read more
- Advertisement -