The Bank of Ghana on Friday announced that Ghana would introduce two higher denominations of the local cedi currency to complement the existing series.

It said that the 100 Ghana cedis and 200 Ghana cedis denominations are to ensure customer convenience and bring about efficiency in the printing of currency to generate savings for the country. 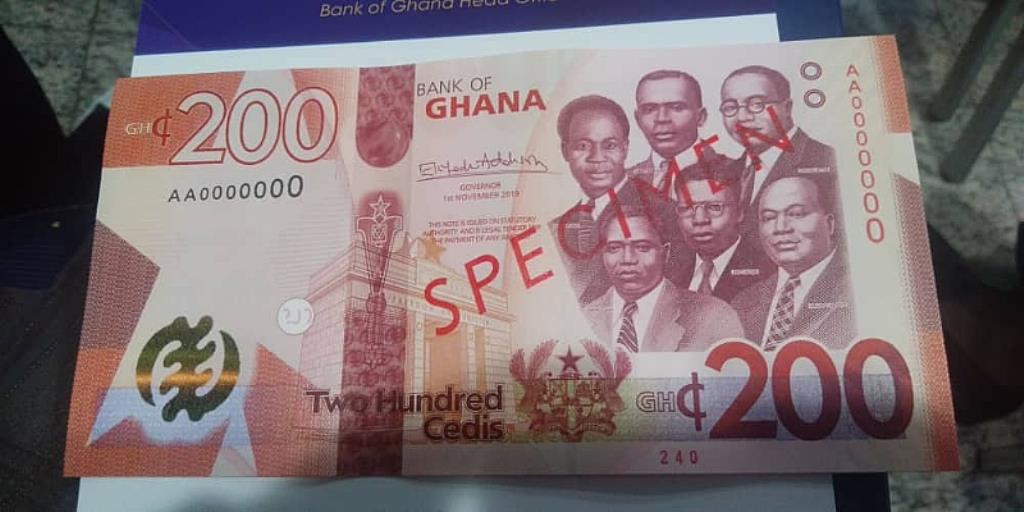 Announcing the decision at a news conference, governor of the central bank Ernest Addison said the bank would also introduce a new two cedis coin in addition to existing coin categories of the currency.

He explained that the face value of the cedi had eroded over the past 12 years, compared with the U.S. dollar.

“When it was introduced 12 years ago, the value of the redenominated currency was 0.92 Ghana cedis to one US dollar.

“Twelve years after the redenomination exercise, sustained periods of high inflation and the perennial depreciation of the currency have eroded, in real terms, the face value of the series of the notes.’’

According to him, in 2019 alone, the cedi recorded a 10.4 per cent cumulative depreciation between January and September.

Why we introduced higher cedi denominations – Bank of Ghana

The Bank of Ghana has debunked claims that the introduction of new denominations of its local cedi was an ‘ambush’, saying it was borne...
Read more

Bank of Ghana revokes licenses of 23 savings and loans companies

The Bank of Ghana has, with effect from today, revoked the licences of twenty-three (23) insolvent savings and loans companies and finance house companies...
Read more

In Ghana, the number of mobile savings accounts reached 23.9 million in 2017, reflecting an increase of 21.34% compared to the 19.7 million recorded...
Read more

Over 25 banks in Ghana will have to race against time to meet the new capital requirement announced by the Bank of Ghana (BoG)...
Read more
- Advertisement -