Nigeria to crack down on frozen food importers

The Federal Government says it will henceforth arrest, prosecute and fine illegal importers of frozen foods into the country through the land borders and seal cold rooms where it is sold.

Sen. Heineken Lokpobiri, the Minister of state for Agriculture and Rural Development, announced this while speaking with newsmen in Abuja on Thursday. 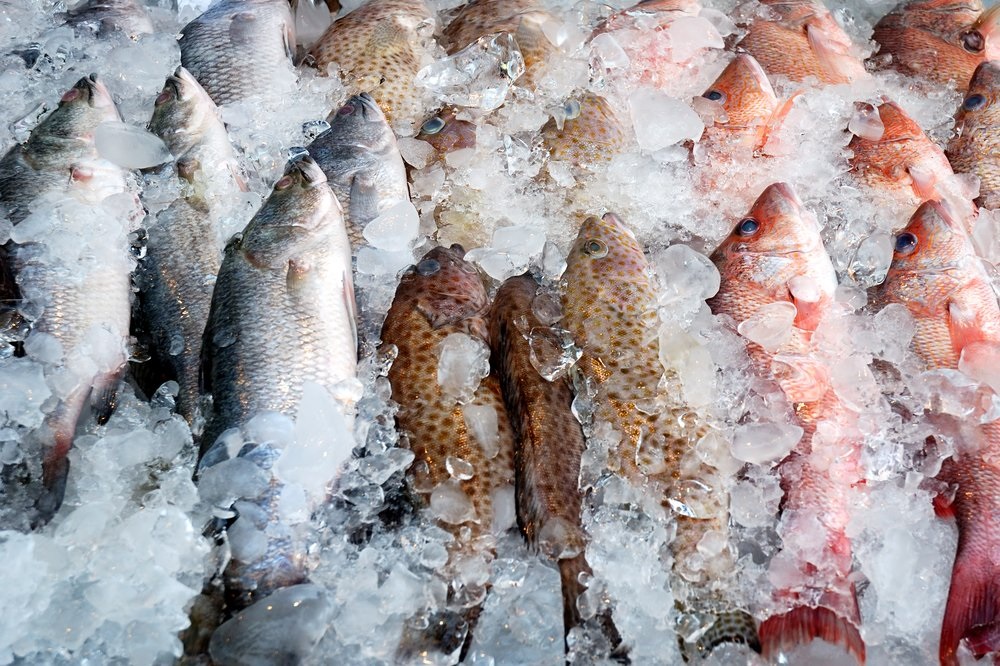 Lokpobiri said the government would also set up a taskforce to seal and prosecute operators of cold room, who deal on those illegally imported produce.

The minister said the ministry was working in collaboration with the Nigeria Customs Service, Nigerian Navy and the Nigerian Marine Police to actualise the plan.

He said the offenders would pay a fine of $250,000 or attract five years imprisonment or both in addition to the forfeiture and destruction of the produce as stipulated by the law.

He listed some of the fishes usually being imported to include tilapia, red pacus, river bream, pangassius, horse mackerel, sardine and croaker, among others.

Lokpobiri said the illegal venture had resulted to huge loss of revenue, decrease in local production and loss of jobs, as well as discouragement by farmers.

The minister, who said that the move was to encourage local production and exports, disclosed that the country’s annual demand on fish was currently at 3.2 million tonnes and deficit at 1.9 million tonnes.

According to him, the Department of Fisheries and Aquaculture in the ministry is the only competent authority empowered by the Nigeria Sea Fisheries Act to issue distant water fishing licence for the importation of frozen fish into Nigeria.

“The department does not issue licence for the importation of frozen farmed fish into Nigeria through the land borders.

“The smuggling of unhealthy frozen fish into the country is detrimental to the progress being made toward guaranteeing the good health and nutrition of Nigerians.

“We will continue to partner with the Nigeria Customs Service, the Navy, marine policy to see how we can clamp down on the offenders.

“Even those that have brought the produce into the country, we are setting up a taskforce that will go round different cold rooms, like what Customs is doing to rice.

“Any cold room that we find these fishes, we will seal them up, ensure you pay the $250,000 fine because laws are meant to be obeyed,’’ he said.

The minister said that consumption of those imported frozen foods were major cause of some health challenges being experienced in the country.

Lokpobiri, who frowned at the rising cases of kidney disease among children between the ages of five and seven, assured that the government would fight the menace to a halt.

In an interview, Mr. Lamina Rasheed, the National Chairman, Association of Indigenous Seafood Stakeholders, appealed to the Federal Government to release foreign exchange (FOREX) for the importation of fish.

He said that getting FOREX at a cheaper rate would ensure reduction in the price of the produce and make it affordable.

The chairman said the illegal importation of fishes was detrimental to their business.

Rasheed said that members of the association paid import duty of 14 per cent, which amounted to millions of naira to the Federal Government while the illegal importers pay next to nothing through the land borders.

According to him, it is difficult to compete with them in the market because they slash their prices.

He attributed the high cost of fish to the current exchange rate, adding that the frozen fish did not enjoy FOREX from the Central Bank of Nigeria (CBN).

“Before, we were getting FOREX from the government but now, we are buying from the open market.

“When you pay 14 per cent and somebody is paying zero per cent, how do you sell your commodity?

“Therefore, all the fishes we brought legally into the country are currently stocked in the cold room because we cannot afford to lose our money or bank’s money.

“We have a lot of stocks in the cold room, which are unsold,’’ Rasheed said.

Access Bank gets CBN’s nod to convert to Holding company

Access Bank Plc announces today that it has received the Central Bank of Nigeria's Approval-in-Principle for the Bank's restructuring...
Read more
Brand News

Pre-MPC Analysis: What choice is best for the CBN at this moment?

Next week, precisely Monday 21st and Tuesday 22nd September 2020, all the eleven members of the CBN Monetary Policy Committee (MPC) are expected to...
Read more

The Central Bank of Nigeria (CBN) has granted Greenwich Trust Limited a Licence to operate as a Merchant Bank in the Country. The entity...
Read more

1.0 Introduction Mass housing construction is among the key economic activities with potentials to create a significant number of jobs rapidly. It is in the...
Read more
- Advertisement -