African Jollof Rice Challenge is a continental lifestyle and entertainment taste tour and cooking contest that seeks to discover the country that has the best Jollof Rice in Africa in a contest where representatives of different African countries will slug it out and aim at the $5000 Grand Prize money. 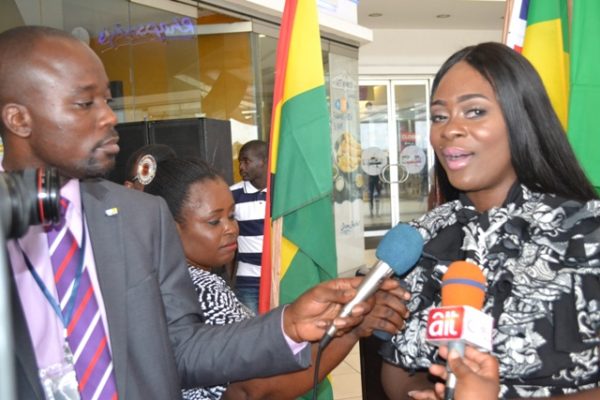 According to Felix King, an Executive Producer of Btv, the argument on which country has the best Jollof Rice in Nigeria inspiredsocial network and streetconversationsacross Africa, especially among the West African Countries, where Jollof Rice is most popular.This argument has grown into a very strong continental debate, which has dominated both conventional and social media spaces. King said, “There is no official position yet on which country has the best Jollof rice in Africa, hence,theBtv desire to unravel the mystery through this contest.”

None of the perspectives has proved convincing, despite Nigeria’s strong claims to the African cuisine. The different viewpoints on the streets have only generated more controversies and continuous placement of different points to back up individual claims,” the BtvExecutive Director said.

Ororo Pattaya Otono, an Executive Producer with Btv said the challenge would start with an online recipe contest, where the best contestants will be selected for the live screening and then the Grand Finale. He said the programmewould come to a flourishing end at the Reward Night that will be used to mark the World Jollof Rice Day on Tuesday, August 22. Ororo also said that, “Jollof rice was born withcontroversy about its true origin, the bestingredients for cooking it and where the name itself was discovered.”

In recent times, Nigeria and Ghana has laid major claims to the origin and ownership of Jollof, but some historians traced its origin to Senegambia,which was ruled by the Jolof Empire. This argumentabout the origin of Jollof Rice has become a culturally sensitive issue between Nigerians and Ghanaians.

Whatever the arguments are, Jollof rice is one of the most common dishes in West Africa consumed throughout the region including Senegal, Gambia, Nigeria, Sierra Leone, Liberia, Togo, Cameroon, Mali, and Ghana. There are several regional variations in the name and ingredients. According to Wikipedia, the name Jollof rice is derived from the name of the Wolof people now called theibou dienn or benachin. In French-speaking areas, it is called riz au gras. Despite the variations, the dish is “mutually intelligible” across the region and has spread so wide to become the best-known African dish outside the continent.

Just as we try to get used to the Jollof Rice story as it is, the new argument erupted, giving room to another controversy that has come to stay with us because no one country in Africa will ever agree that its Jollof Rice is second to any.

In the words of Ororo, Jollof Rice is a strong unifying factor in Africa that brings us together to share great moments. Despite our differences, we have one major similarity -Jollof Rice. Hence the theme: One Africa, One Jollof Rice, And Different Recipes.

Beyond entertainment and food values, the African Jollof Rice Challenge will serve as a veritable platform to promote tourism, cultural exchange among African countries and overall economic growth.

The World Bank has given approval for six development projects valued at about $2.1885 billion for execution in Nigeria...
Read more
News

Former Nigerian Minister of Education, Obiageli Ezekwesili, on Monday, said Nigeria has retrogressed because the political elites have perfected a “monopoly democracy” over the...
Read more
Brand News

It was excitement, motivation and encouragement for selected members of the Indomie Fan Club (IFC) - a child-centred initiative of Dufil Prima Foods, makers...
Read more