Another Uptick in the FAAC Payout, Records 7% Increase in January 2018 Disbursement

The total monthly payout by the Federation Account Allocation Committee (FAAC) to the three tiers of government amounted to N655bn (US$2.15bn) in January (from December revenues), representing a 7% increase when compared with N610bn recorded in the previous month. We attribute the higher payout largely to a rise in the average crude oil price from US$52.1/b in November to US$56.8/b.

We also note the efforts by revenue collection agencies. Non-oil revenue from the FIRS and Nigeria Customs Service together amounted to N169bn.

The payout from the statutory allocation was N540bn. There was an additional N81bn from VAT payments, compared with N77bn the previous month. This increase is not a surprise, given the holiday season in December. Furthermore, N31bn generated from the fx equalization account was added to the distribution.

The payout to state governments, independent of the 13% derivation bonus of N48bn for oil-producing states, amounted to N150bn. Many state governments have started to implement the initiative to reduce recurrent costs, launched by the FGN’s efficiency unit. The plus side should be increased revenue for capital projects within states. 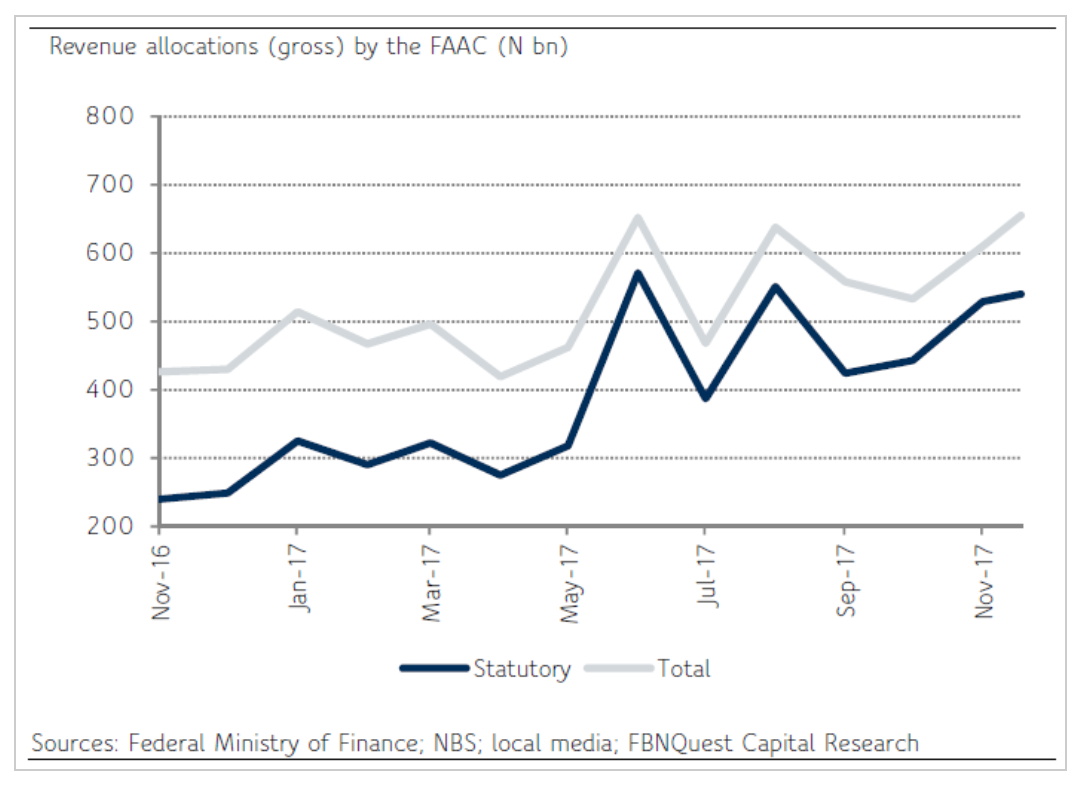 The balance in the excess crude account (ECA) still stands at US$2.31bn.

We have taken the details of the latest payout from the local media. The accountant general’s office provides the revenue numbers up to December 2016, distributed in January, and the National Bureau of Statistics through to October, distributed in November.