Bullish sentiment appears to be creeping back into markets after a turbulent week for both WTI and Brent.

Important Note for Energy Investors: Our intel network uncovered a massive opportunity. A small, publicly traded company — trading at around only $15 — is poised to change energy history… and insiders are buying all the stock they can. You want to be a shareholder, however small a position. Review the intel now. 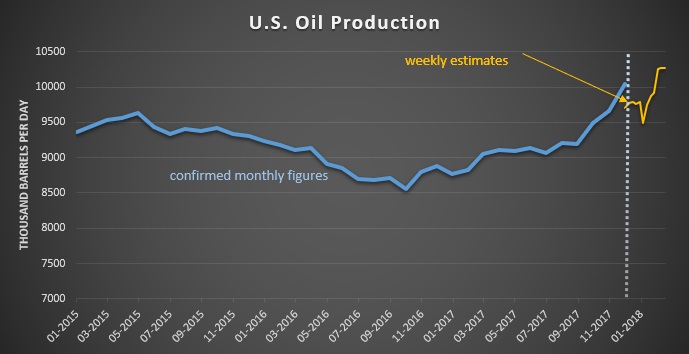 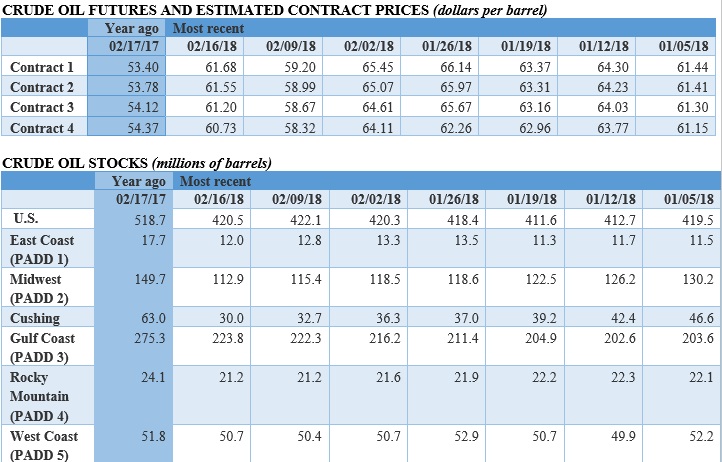 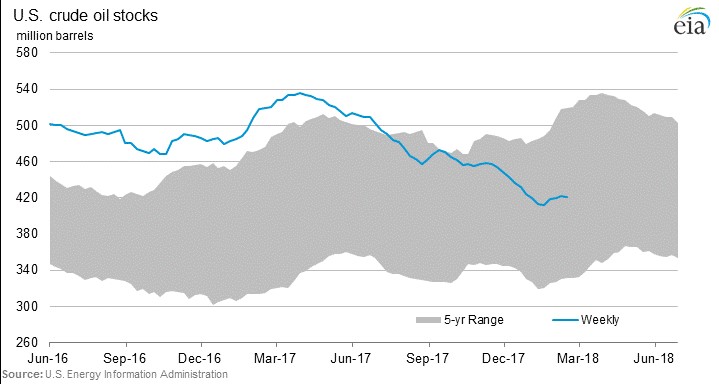 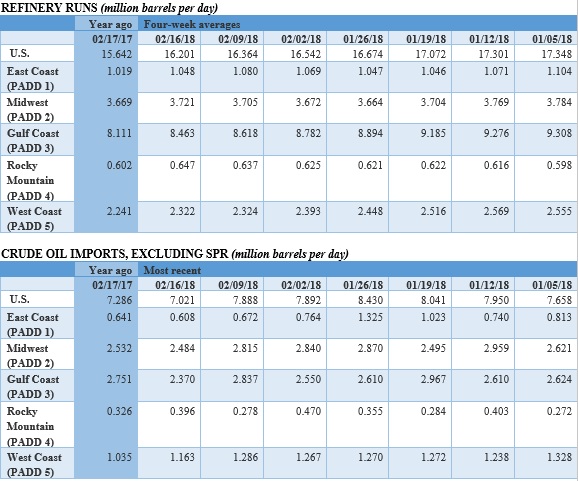 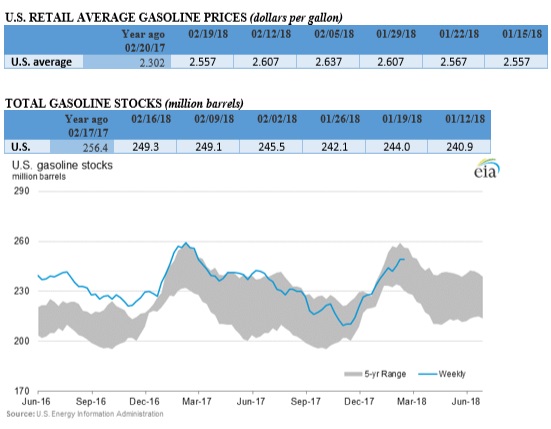 It was a bumpy week for crude benchmarks, although WTI and Brent jumped sharply on Thursday after the EIA reported a surprise drawdown in crude oil stocks. U.S. oil production also remained flat, halting, however briefly, the surge in oil production. “For a little bit of a bullish boost, you’ve got all the planets lined up here after this report,” Bob Yawger, director of the futures division at Mizuho Securities U.S.A., told the WSJ.

Shale still struggling to be profitable. Shale drillers are still having trouble posting profits and despite promises of focusing on shareholder returns this year, there is a divergence of strategies among the top shale companies. Reuters reports that an analysis of the top 15 largest independent shale companies finds that only five have started paying or raising quarterly dividends. Six of them have never offered a dividend or have not restored the cuts made since 2014, and the remainder has kept their payouts steady. Those that have boosted dividends recently have seen their share prices jump, while those that deferred have seen their valuations decline.

IEA: Non-OPEC supply can meet the demand for 2 years. The IEA says that non-OPEC supply growth – coming mainly from the U.S., Canada and Brazil – will be able to meet the increase in global demand for the next two years, putting OPEC in the difficult position of needing to keep the supply curbs in place longer than intended. Beyond 2020, however, the IEA says the oil market will face more challenges as mature fields suffer from decline and new sources of supply fail to keep up with strong demand.

Permian enters “manufacturing mode.” Bloomberg reports that some shale drillers in the Permian are supersizing their operations, with large well pads drilling into multiple layers of the Permian all at once, rather than at a one-layer-at-a-time approach. They drill multiple wells that touch multiple layers in a single go, accessing the entire 3D “cube” of oil underneath the ground. One well pad owned by Encana (NYSE: ECA), Bloomberg reports, was producing 20,000 bpd late last year. Still, the practice is controversial because it is expensive.

Gas drillers can easily cut emissions. A new report finds that natural gas drillers could slash their greenhouse gas emissions by as much as 75 percent simply by cleaning up their supply chain. Half of those cuts could come at zero cost because the captured methane could be sold. “Implementing just those measures that pay for themselves, by monetizing the captured methane, would have the same long-term impact on mitigating climate change as immediately shutting all existing coal-fired power plants in China,” said Christophe McGlade, an oil and gas analyst at the IEA, which contributed to the report. According to a survey of energy executives, two-thirds of the 189 respondents were surprised by the scale of possibilities.

S&P Global Platts uses blockchain for oil storage data. S&P Global Platts has deployed a blockchain network for its data on oil storage in the UAE, according to the FT, which is one of the first times the technology has been used in the energy industry. The technology allows traders to securely add weekly UAE oil inventory data to the blockchain. As the FT reports, the oil industry is keen on the use of blockchain because it could improve auditing on transactions that are worth tens of millions of dollars and that are often conducted at ports using paper contracts. BP (NYSE: BP)and Shell (NYSE: RDS.A) have set up a consortium to develop a blockchain system for commodities trading that they hope will be live by the end of the year.

ExxonMobil considers expansion of U.S. refinery. ExxonMobil (NYSE: XOM) is nearing a decision to expand its Beaumont refinery, which could make it the second largest in the U.S. The investment would be an indication that Exxon is confident in the future of U.S. shale growth, as well as demand for refined products globally.

Energy Transfer Partners considers new Permian pipeline. Energy Transfer Partners (NYSE: ETP) is looking at building a new pipeline to carry crude from the Permian shale fields in West Texas to the Gulf Coast in Nederland, TX, which would be close to the massive refineries in Beaumont and Port Arthur. “We’re listening to our customers and we’re going to build whatever capacity is warranted after those discussions,” said ETP’s CFO Thomas Long, according to Reuters.

Kashagan output exceeds 300,000 bpd. The enormous and expensive Kashagan oil field in Kazakhstan has hit a new milestone, topping 300,000 bpd. The $50 billion project suffered from years of delays and cost overruns but is now producing high-quality oil, according to S&P Global Platts. Further production increases will be incremental, the operators say.

Mexico could overhaul energy strategy. One of Mexico’s leading presidential candidates, Andres Manuel Lopez Obrador, could radically change the country’s energy strategy if he prevails in the upcoming election. His campaign has tamped down speculation that he would roll back private investment in the country’s energy sector, as some have feared, but instead would focus on refining crude oil and exporting refined fuels rather than exporting crude oil. “In a three-year period, at the latest, we need to try to consume our own fuels and not depend on foreign gasoline,” Rocio Nahle, who is thought to be in line for energy minister under the Lopez Obrador, told Reuters. That would mean upgrading or building new refineries.

In our Numbers Report, we take a look at some of the most important metrics and indicators in the world of energy from the past week. Find out more by clicking here.

Towards the end of the previous week, Nigerians woke up to the news that the Nigerian downstream petroleum sector had been fully deregulated by...
Read more

Equities Market: On The Path Of Recovery

The Nigerian economy grew by 1.87% on a year-on-year (YoY) basis in Q1’20. The GDP performance represented a 23 basis points decline from the...
Read more

The National Bureau of Statistics (NBS) released Q1-2020 GDP data which reflected a growth of 1.87% in real terms against 2.10% recorded in the...
Read more
- Advertisement -