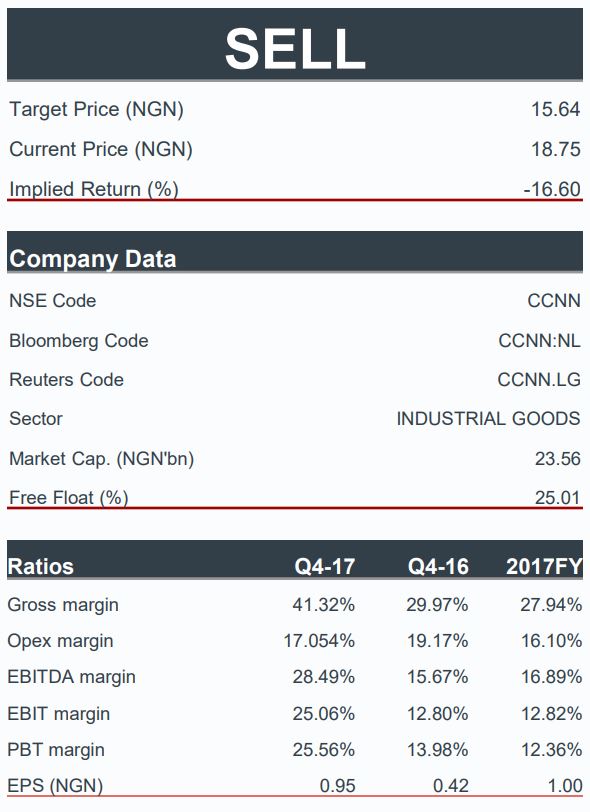 Higher-than-expected volume in 2017FY drive upward revision: Disclosed full year volume was 468,000 tonnes, only 4% below the volume achieved in 2016FY. We were quite surprised (quarterly volumes were not disclosed) that CCNN achieved 94% utilization rate, amidst reported 46% increase in selling price. We note that the price of NGN41,966/tonne disclosed by the company for 2017FY is lower than DANGCEM’s by 3% and ASHAKACEM’s 9M-17 price by 4%. In addition, improved security condition in the North, and the low presence of competitors in the markets where CCNN supplies cement may have also supported the higher-than-expected utilization rate achieved. CCNN’s volume performance beat both DANGCEM’s -16% (reported) and the -18% volume changes we estimate for LAFARGE in 2017FY. 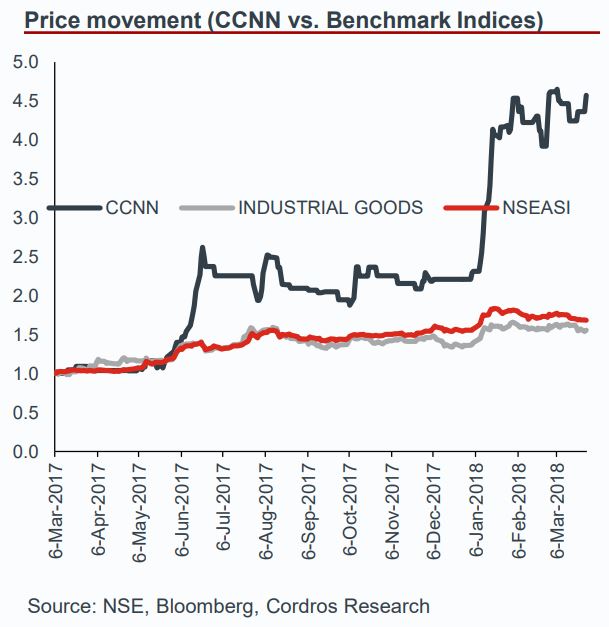 With cement prices largely expected to be stable this year, economic and infrastructure spending outlook broadly better, and FX (having a strong link with CCNN’s energy cost) condition improving, we revise our sales volume estimate for 2018E to 491,000 tonnes (previously 426,000 tonnes) and maintain NGN46,000/tonne selling price estimate. On our assumptions, we have 2018E revenue of NGN22.6 billion (previously NGN19.6 billion), equating to 15% growth over 2017FY.

Strong margins achieved in 2017FY will be tested in 2018: The gross and EBITDA margins of 39% and 25% reported in 2017FY were record highs, reflecting largely, the impact of price increase which outpaced the 23% increase in per tonne production cost. We note specifically, the 35% increase in per tonne energy cost, which in our view, mirrored the 21% increase in average crude oil price in 2017. Hence, with cement prices sticky upwards, and energy cost (accounting for about 60% of gross production cost) expected to reflect the surging price of crude oil (+4% YtD), we believe the margins delivered last year will be tested, and consequently, forecast both gross and EBITDA margins to soften to 36% (previously 35%) and 22% (previously 23%) respectively. 2018E EBITDA and net profit, on our revised estimates, are NGN5 billion (previously NGN4.5 billion) and NGN3.1 billion (previously NGN2.7 billion), respectively.

Valuation: On our revised estimates, we have a TP of NGN15.64 (previously NGN9.52) for CCNN and maintain SELL rating, on 107% YtD return. The stock is trading at forward (2018E) P/E and EV/EBITDA multiples of 7.5x and 4.2x respectively, broadly in line with its five-year historical averages of 7x and 3.8x. 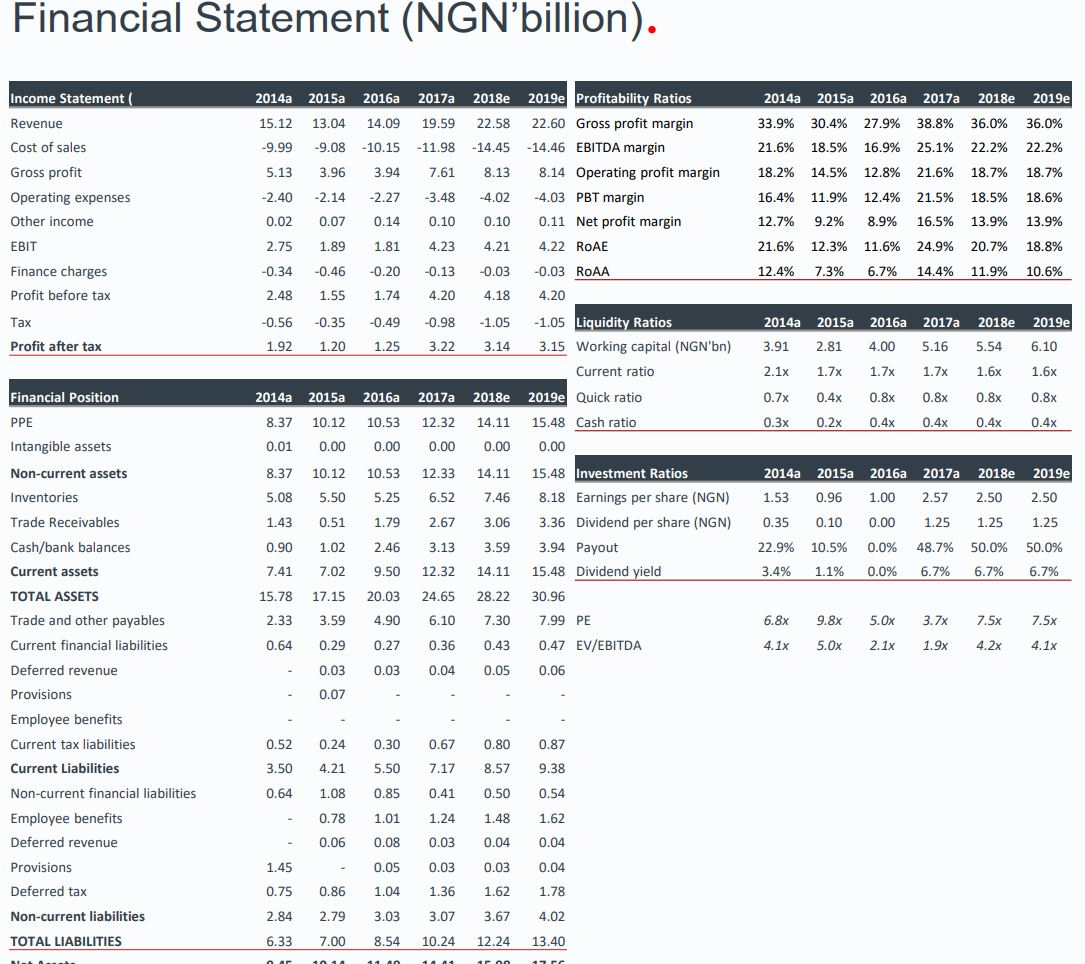 While most people take having a fixed, physical address for granted, 2 billion people across the globe either don't...
Read more
Entertainment & Lifestyle

Africa is the largest cocoa producing region in the world. Jo Thys, VP Cocoa Africa at Barry Callebaut, explains how he and his team...
Read more
MEDIA OUTREACH

According to the latest FY-2019 GDP report published by the National Bureau of Statistics, the Nigerian Cement sector remained in growth in 2019, up...
Read more

The local bourse this week continued its excellent run in the New Year, as it closed  Northward in all the five trading sessions. As such,...
Read more

CCNN and Obu Cement merger update: Excerpts from the scheme of merger