LAFARGE published disappointing Q4-17 and 2017FY results over the weekend. A loss after tax of NGN34.6 billion was reported for the full year, resulting from a disappointing H2 wherein losses of NGN35.5 billion and NGN18.8 billion were respectively recorded in Q4 and Q3. Actual EBIT (NGN7.9 billion) and PAT for the full year were significantly behind the NGN46.8 billion and NGN15.3 billion estimated by consensus. 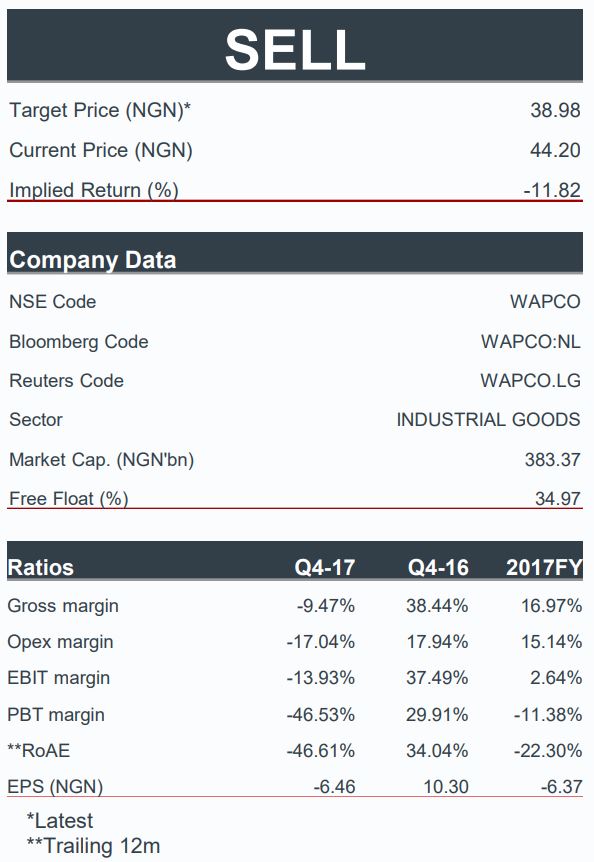 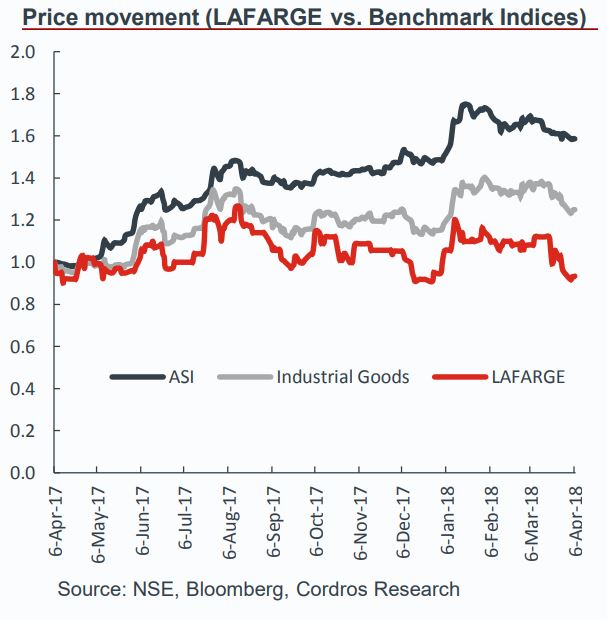 Finance charge of NGN25.91 billion was reported, although lower 16% y/y, but higher by 284% q/q. Finance charge for 2017FY was NGN43.2 billion, 11% higher. Additional NGN33 billion loan was repaid in Q4-17 while NGN67.4 billion was drawn. Net loan drawn in 2017FY was NGN56.1 billion. Balance of borrowings at the end of 2017 is NGN256.6 billion, vs. NGN151.8 billion at the beginning of the year, with the differential also comprising the related party loans reclassified into borrowings, from quasi-equity, during the course of the year.

Comment: LAFARGE’s Q4-17 earnings came way behind our conservative estimate of NGN3 billion. And given the even wider variance with consensus as stated earlier, we expect investors reaction to the delayed result will be negative in today’s, and perhaps, this week’s trading. We reiterate SELL. Our estimates are under review. 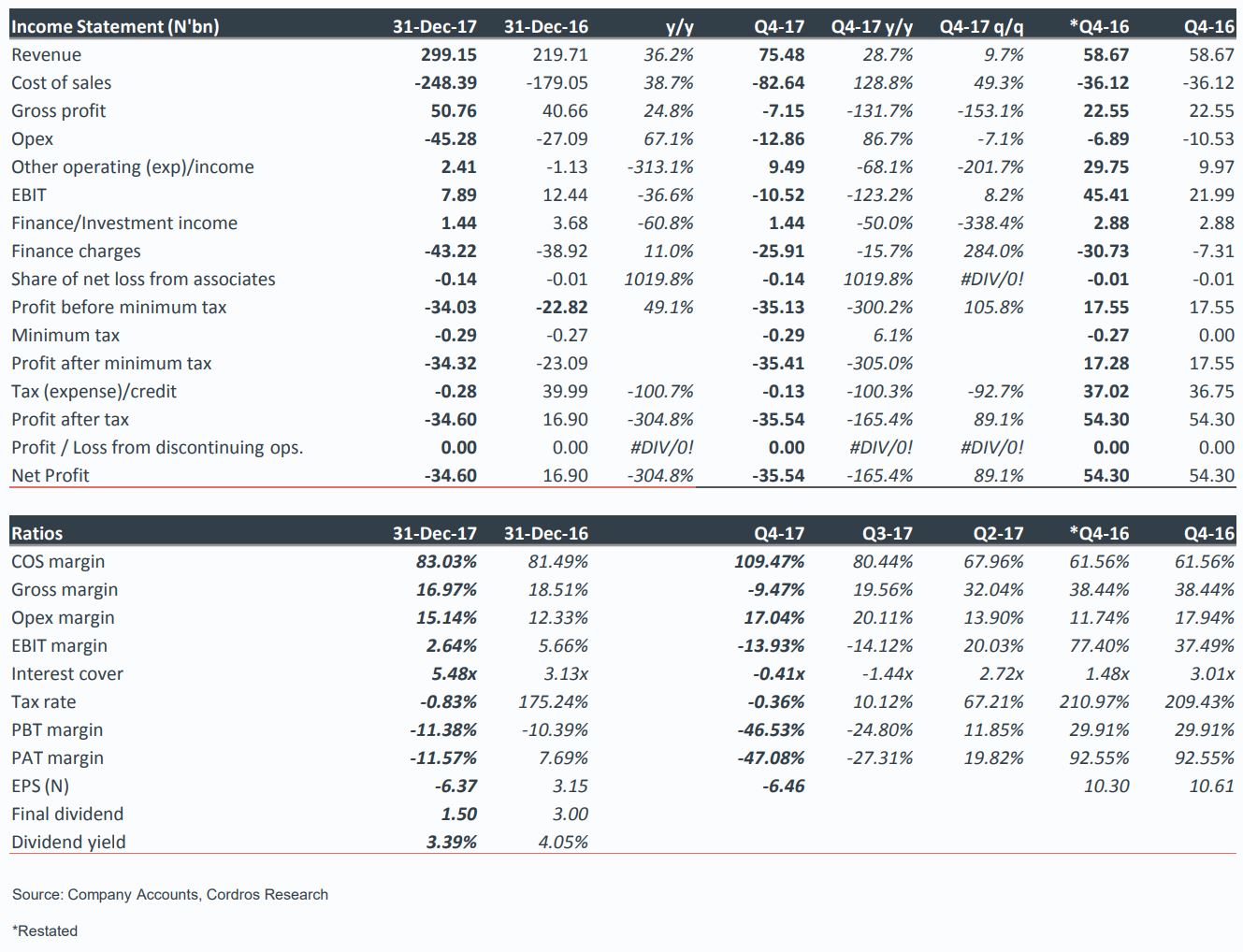 No fewer than 5,483 people died in road accidents in Nigeria in 2019, according to the National Bureau of Statistics, NBS. This implies an...
Read more
Business & Economy

The Board of Directors of ABBEY MORTGAGE BANK PLC. hereby announces that MRS. ROSE ADA OKWECHIME has retired from the Bank with effect from...
Read more
- Advertisement -

Lafarge Africa Plc (“the Company”) is pleased to announce the appointment of Mrs. Oyinkan Adewale as an Independent Non-Executive Director of the Company effective...
Read more

Lafarge Africa Plc today announces that Mr. Mobolaji Balogun has notified the Board of Directors, of his intention to retire voluntarily as Chairman and...
Read more

Revenue declined by -2.2% to N213bn from N218bn in the previous quarter. Profit before tax stood at N17.9bn. Profit after tax grew by...
Read more
- Advertisement -