Pepsi swapped places with the mobile network, which dropped to fourth in the ranking. Pepsi also overtook arch-rival Coca-Cola, which fell from second to third – swapping places with McDonald’s.

The rest of the top 10 brands was made up of Movistar, IBM, KFC, Chevrolet, Mastercard, Burger King, Poker and Sr Toronjo, with the last three of these tied for tenth place. 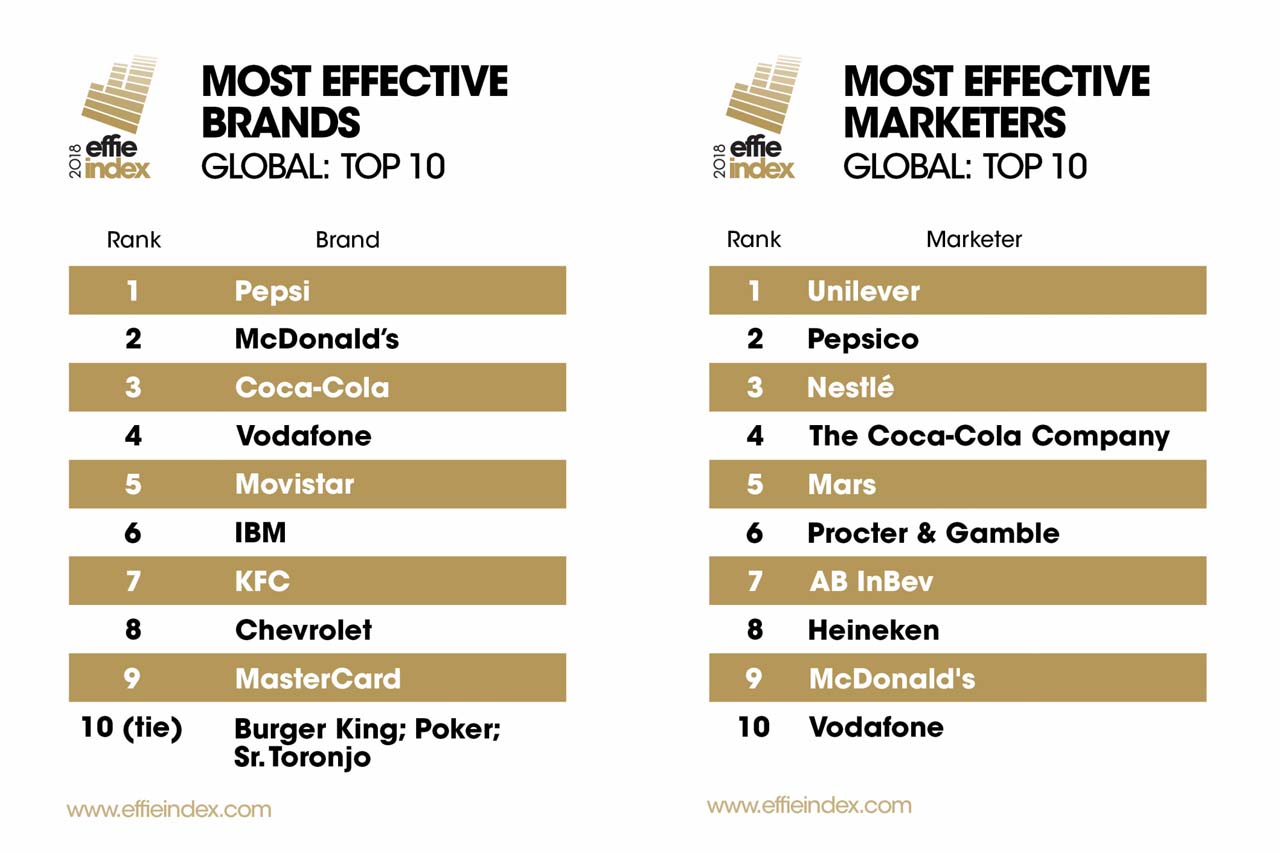 Procter & Gamble, however, fell from third to sixth – marking the first time since 2011 the Gillette and Pampers owner did not make the top five.

Elsewhere Nestlé fell one place to third, and The Coca-Cola Company, which topped the list in 2016, held on to fourth place. Mars broke into the top five for the first time, in fifth place, with AB InBev, Heineken, McDonald’s and Vodafone completing the top ten. 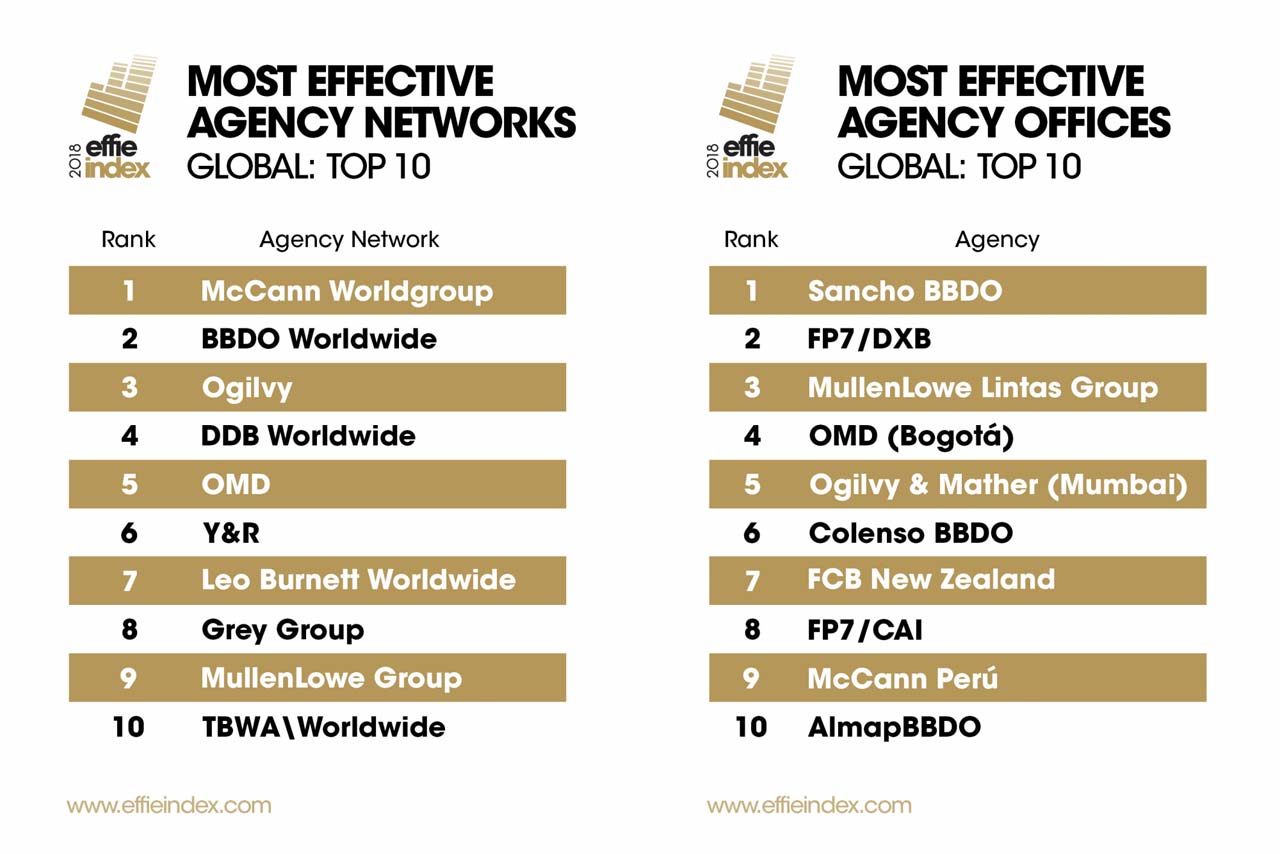 Sancho BBDO, based in Bogota, Colombia, was named the most effective agency. While 13 countries were represented in the top 20 of this category, there were no UK agencies – with Hungary, Romania, and Turkey the only European countries to appear in the top 20.

The ranking of the most effective agency holding groups was unchanged from last year, with WPP topping the list, followed by Omnicom, IPG, Publicis Groupe and Dentsu.

The 2018 Effie Index is compiled from 3,476 finalists and winning entries from worldwide Effie Awards competitions between during 2017, with brands, marketing and agencies receiving points for each Grand Effie, Gold, Silver, Bronze and finalist place they achieve.

Traci Alford, president and chief executive of Effie Worldwide, said: “The Global Effie Index has become the gold standard for measuring marketing effectiveness throughout the world.

“Despite a rapidly changing landscape, Effie winners continue to create exceptional work, deliver results in all forms and drive growth for their businesses. The top-ranked teams represent the very best of our industry, and we offer them our sincerest congratulations.”

2021 will mark 50 years since the KFC brand was introduced to South Africa. As part of the celebration of its 50-year milestone and...
Read more

The fried chicken franchise, KFC, has confessed that their slogan is a bit 'offbeat' and inappropriate for 2020 and therefore has pressed pause on...
Read more