Heineken’s CEO has said Nigeria’s premium beer market is on track for success despite pressure from value brands and the launch of Anheuser-Busch InBev’s Budweiser.

Jean-Francois van Boxmeer admitted yesterday Heineken is facing tough challenges in Nigeria – one of the brewer’s major international markets. A combination of factors, including the Budweiser launch and a weakened economy from oil price falls, has seen price pressure on the market-leading Heineken lager. 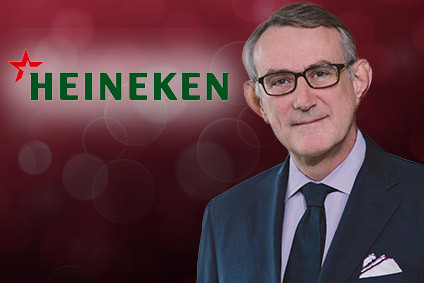 Van Boxmeer said problems have been compounded because while Heineken has taken pricing in Nigeria because of duty rises, A-B InBev, which launched Budweiser in the country in April, has not.

“Nigeria is a competitive pressure point with ABI,” van Boxmeer said. “It is difficult. They are gearing up with capacity.”

He continued: “And that in an environment where the purchasing power has not really improved yet. That brings people who are looking for value propositions.”

Despite the headwinds, van Boxmeer said he remained confident in Heineken’s position in Nigeria as the country’s premium beer sector continued to grow. In yesterday’s H1 results, Heineken’s beer volumes in Nigeria fell mid-single digits, but volumes growth for brand Heineken was up double digits.

“It is a market which is changing,” van Boxmeer explained. “We don’t know where to it will change, but it is also definitely a market where we are under pressure… Long term, it remains a market, I think, with a lot of potentials, but it needs also to have an improvement in the oil prices.”

Africa, Middle East & Eastern Europe, where consolidated beer volume grew 5.6% organically and net revenue per hectoliter beia was up 5.2%. We saw strong double-digit volume growth in South Africa, Russia, Ethiopia and Egypt. This offsets a volume decline in Nigeria due to the continued weak economic environment, some destocking at the distributor level and competitive pressure. Regional operating profit beia was up 4.3% organically, mainly driven by South Africa and Ethiopia.

It is now two years since a devaluation of the Naira almost doubled the finance costs of Heineken’s Nigerian subsidy, Nigerian Breweries. The devaluation, which knocked 40% off the currency, came amid an economic downturn fuelled by a drop in global oil prices. Heineken holds a 54% stake in Nigerian Breweries, which is the leading brewer in Nigeria.

The National Bureau of Statistics (NBS), says the total value of capital importation into Nigeria stood at $5,854.38m in...
Read more
Business & Economy

In commemoration of the annual Africa Day, Mr Yomi Badejo-Okusanya, President of the African Public Relations Association has called on the continent’s leaders to...
Read more
MEDIA OUTREACH

The COVID-19 pandemic, which necessitated lockdowns and restriction of movement in most parts of the world, including Nigeria, has forced the closure of many...
Read more

The Business When the global brewer, Anheuser-Busch InBev (ABInBev) considered expanding its business operations in the largest economy and the largest markets in Africa, it...
Read more

Anheuser-Busch InBev has reported that its global volume sales declined 9.3% in its first-quarter results, however, April figures suggest that Covid-19 impact will be...
Read more
- Advertisement -