Acting President, Yemi Osinbajo, has directed the Inspector General of Police, Ibrahim Idris, to immediately overhaul the management and activities of the Special Anti-Robbery Squad (SARS).

The order follows persistent complaints and critical reports about the activities SARS. The complaints border on allegations of human rights violations.

Senior Special Assistant to the Acting President on Media and Publicity, Mr Laolu Akande, announced the directive in a statement signed on Tuesday. 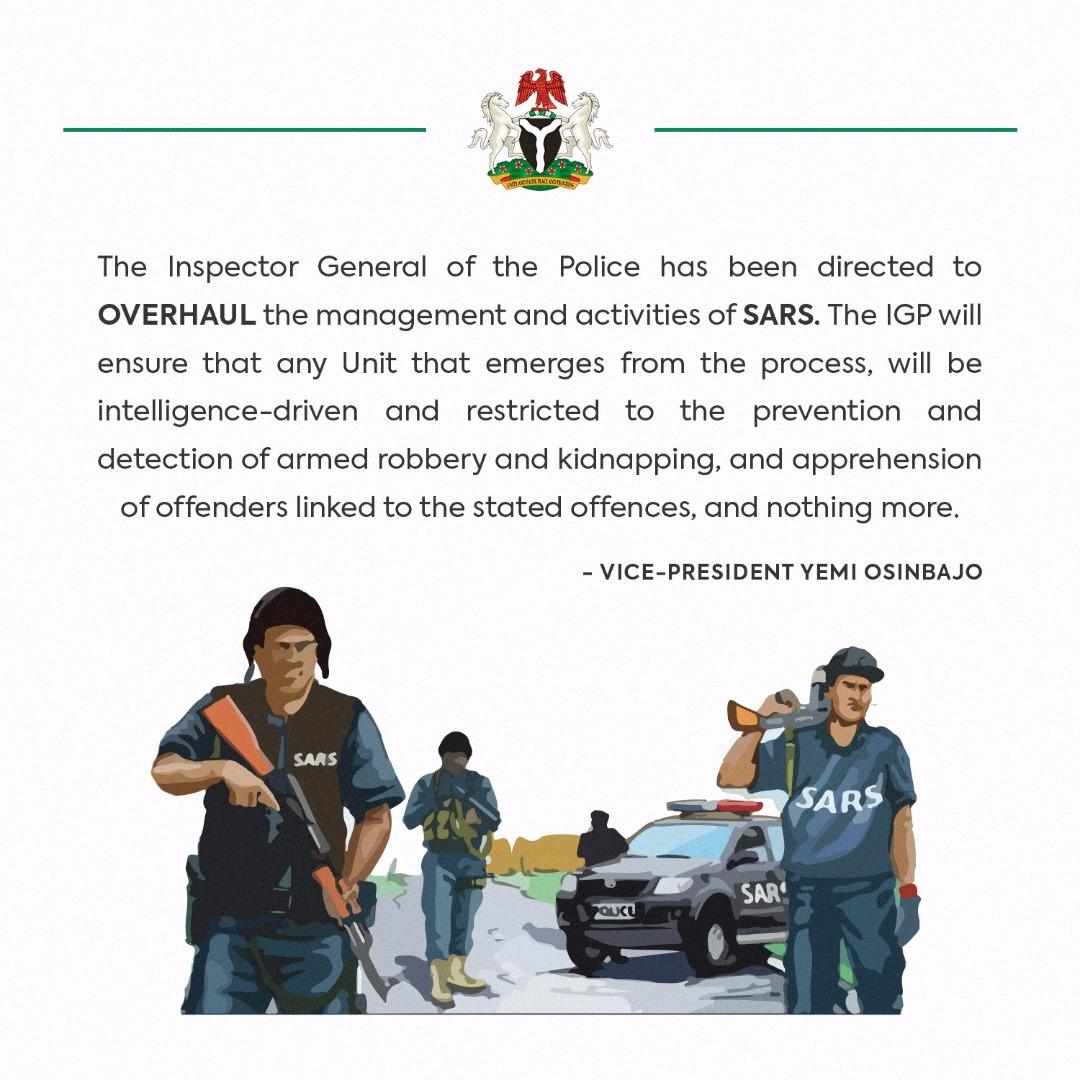 According to the statement, Osinbajo instructed the IGP to ensure that any unit that emerges from the overhaul is intelligence-driven, restricted to the prevention and detection of armed robbery, kidnapping, apprehension of offenders linked to the stated offences, and nothing more.

The Acting President also directed the IGP to ensure that all operatives in the emerging unit “conduct their operations in strict adherence to the rule of law and due regard to International Human Rights Law and the constitutionally guaranteed rights of suspects.

“The operatives should also bear proper identification anytime they are on duty,” he added.

Also, Osinbajo ordered the National Human Rights Commission to set up a Special Panel that will conduct an investigation into the alleged unlawful activities of SARS.

He said the panel would afford members of the public the opportunity to present their grievances and get justice.

President Muhammadu Buhari on Monday approved the establishment of state and local government police. He also approved the dismissal of 37 police officers as recommended...
Read more