Over the years, Sesame Street has touched on many social topics that are important to young children, including racism, autism, gun violence, parents in prison—and even death.

This week, the children’s television series has introduced a new Muppet named Lily, who is the first character to talk about being homeless. The effort is part of the Sesame Street in Communities initiative for children and families experiencing homelessness.

While painting a rainbow with Elmo and adult Sofia, Lily stops in the middle of the purple section because purple is her favourite colour and reminds her of her old bedroom.

“We don’t have our own apartment anymore,” explains Lily. “We’ve been staying in all kinds of different places.” 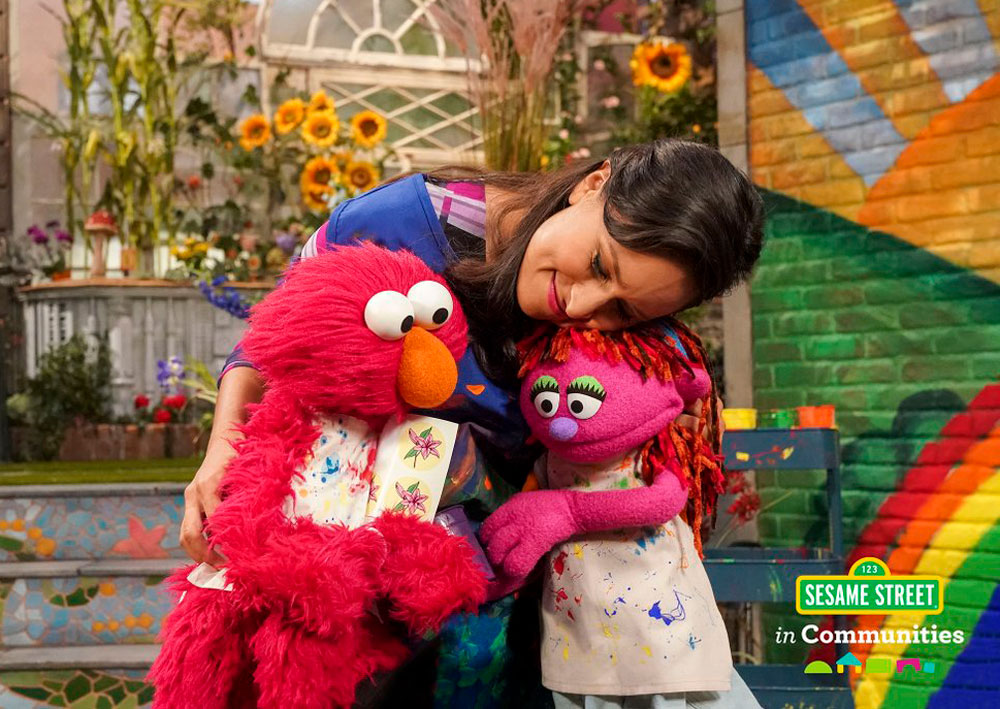 Sofia explains that “home” is more than a house or an apartment. “Home is really where the love is.”

The storyline was introduced to destigmatize homelessness, which more than 2.5 million children experience nationwide—and 1.2 million of are under age six, says Sesame Street Workshop, in a press release.

Lily has appeared on the show before when her family did not have enough food to eat.

“We know children experiencing homelessness are often caught up in a devastating cycle of trauma—the lack of affordable housing, poverty, domestic violence, or other trauma that caused them to lose their home, the trauma of actually losing their home, and the daily trauma of the uncertainty and insecurity of being homeless,” said Sherrie Westin, President of Global Impact and Philanthropy at Sesame Workshop. “We want to help disrupt that cycle by comforting children, empowering them and giving them hope for the future.”

Additional resources are designed to show the homeless experience from a child’s perspective, with Lily and her friends encouraging optimism, promoting understanding and modelling simple coping strategies for children. The new resources include:

For the past 10 years, Guaranty Trust Bank plc (GTBank) has been at the forefront of the advocacy for people living with autism. The...
Read more

It is a 2-day conference, themed — Autism: Transitions, Vocational skills and The Role of Technology. There will also be follow up consultation sessions...
Read more

For the ninth year in a row, Africa’s foremost financial institution, Guaranty Trust Bank plc, will bring together some of the world’s leading experts...
Read more

As the world marks Autism Awareness Day, Guaranty Trust Bank is calling on members of the public to speak up against the stigmatisation of...
Read more
- Advertisement -