Speaking publicly about his differences with Facebook, WhatsApp’s co-founder Brian Acton urged Stanford University students to delete their Facebook accounts, as he explained his reasons for selling the app to Mark Zuckerberg in the first place. 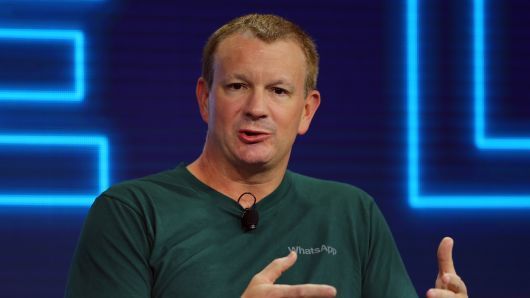 Acton made statements on Facebook while addressing a panel that also involved a former Facebook software engineer, Ellora Israni at the university, Business Insider Australia reported on Wednesday.

“We give them the power. That’s the bad part. We buy their products. We sign up for these websites. Delete Facebook, right?” Brian Acton was quoted as saying.

Previously, in an interview with Forbes, Acton had explained that a disagreement on monetising WhatsApp was the reason he quit Facebook and gave up $850 million on the table.

Read Also:  To succeed in Africa, brands must love Africa

“At the end of the day, I sold my company. I sold my users’ privacy. I made a choice and a compromise. I live with that every day,” Forbes had quoted Acton as saying.

Despite public pushback, Facebook-owned messaging app WhatsApp will be going ahead with the privacy policy update it announced earlier this year. While the public has...
Read more

The social audio app, Clubhouse recently announced that it has closed its Series C funding round, which values the company at USD 4 billion....
Read more

Five Things To Know About The Hearing On Extremism And Misinformation

Facebook has announced the launch of Instagram Lite to Sub-Saharan Africa, a new, lightweight version of the Instagram app for Android that uses lesser data...
Read more
- Advertisement -