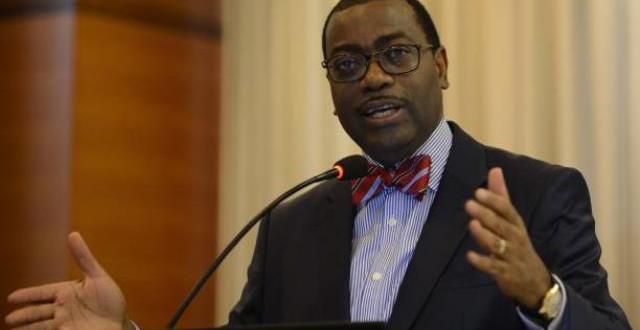 He said the Bank would commit at least $25 billion towards climate finance.

Speaking at a plenary in the presence of heads of states at the One Planet Summit taking place in Nairobi, Adesina also announced the Bank was on course to achieve its target of allocating 40 per cent of its funding to climate finance by 2020, a year ahead.

Considering Africa’s high vulnerability despite contributing the least to climate change, the African Development Bank has successfully raised its adaptation finance from less than 30 per cent of total climate finance to parity with mitigation in 2018.

Adesina said: “The required level of financing is only feasible with the direct involvement of the entire financial sector. Consequently, the Bank launched the African Financial Alliance for Climate Change (AFAC) to link all stock exchanges, pension and sovereign wealth funds, central Banks and other financial institutions of Africa to mobilize and incentivize the shift of their portfolios towards low carbon and climate resilient investments.”

Africa is the largest cocoa producing region in the world. Jo Thys, VP Cocoa Africa at Barry Callebaut, explains how he and his team...
Read more
MEDIA OUTREACH

The Board of Directors of the African Development Bank has approved a $13.7 million grant to finance the COVID-19 response in Zimbabwe. The funds will...
Read more