Commercial Banks in Nigeria on Thursday said they were supporting different stages in the value-chains in export businesses in the country with N200 billion. 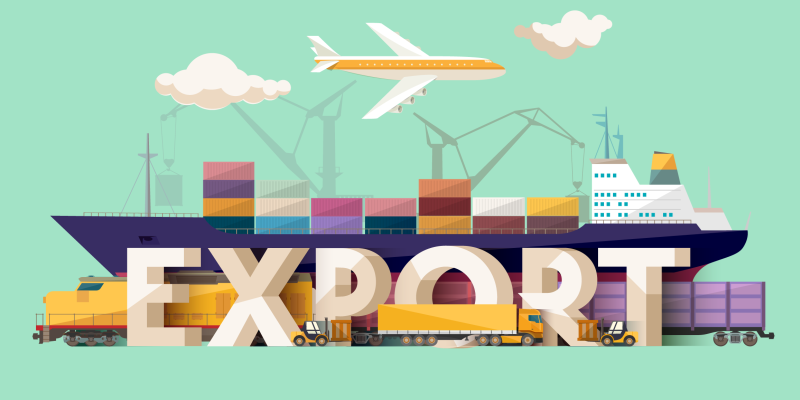 The Managing Director of the United Bank for Africa (UBA), Mr Kennedy Udoka, said that the support, which was a lending facility at a single digit rate up to a maximum of 10 years, would help transform the economy from being a mono-product through different exports.

Udoka said the committee in 2018 had set up a sub-committee to look into those challenges confronting the nation in diversifying its economy from the stand-point of export.

Some of the challenges identified by the sub-committee included initiatives, logistics, and policy implementation, among others.

According to him, a lot of policies driving export in the country needed to be changed; adding that some had been broken down into immediate, mid-term and long-term.

He acknowledged that some of the challenges were beyond the control of the bank community, as they could not be addressed within a short time, however, the Central Bank of Nigeria (CBN) has different funds supporting export businesses:

“We look at the existing funding structure to know which can address the current challenges.

“Also, we look at the viability of the product in terms of helping export, addressing employment issues and creating the necessary economic activities to boost foreign exchange.”

On the commodities the banks were focusing on, the UBA boss said they included palm oil, cocoa, sesame seeds, sheet and cashew.

Wigwe said the four verticals considered in the creative sector were the movie, music, IT and fashion industries.

He also said that the committee had decided to take the industries to the next level and basically revisit the entire value-chain of each of the verticals.

According to him, this will be from the production facilities to the last man in terms of capacity building.

Wigwe said that whatever was being produced along each of the vertical should be of global standard.

He also noted that there would be some advertorials by next week for eligible people to participate in the facility.

The Access Bank chief, however, did not disclose the amount to be disbursed for the sector, but added that the specific amount would be determined by each of the strata the beneficiaries fell into.

According to him, the loans are for maximum of 10 years and also at single digit rate:

“They are reflective of the fact that in this specific industry, what is required is long-term financing at single digit funding and for collateral which is flexible.

“It is a big initiative which will do a couple of things for our country.

“It will lead to a significant accumulation of foreign exchange and significant savings.”

Earlier, Alhaji Ahmed Abdullahi, Director, Banking Supervision of the Central Bank of Nigeria (CBN), said the economy had recorded positive development in spite of the headwinds before the 2019 election period.

Abdullahi said lending to the private sector and the economy generally had increased.

He disclosed that six billion dollars came from foreign investors into the country after the 2019 general elections.

The Director said the committee decided to consolidate on the gains and continue with those initiatives that brought about the growth.

He identified such initiatives as import substitution programme and the anchor borrowers’ programme, among others.

Nigeria: Commercial Banks have written off N1.9 trillion bad debts in past 4 years

In the last four years, following the 2015/2016 recession, the Nigerian banking industry has written off a minimum of ₦1.9 trillion of impaired loans...
Read more

Henceforth, Loan Defaults Will Be Settled With Deposits From Other Banks

The Central Bank of Nigeria (CBN) and commercial banks in the country have agreed that loan defaults will be settled using deposits made in...
Read more