The European Union Commission fully supports the African Continental Free Trade Agreement (AfCFTA) and is proposing a 40 billion Euro package to attract investments that would create at least 10 million jobs in Africa.

This was revealed by Ambassador Ranieri Sabatucci, the EU Ambassador to the African Union, in an opening address to a two-day Horn of Africa AfCFTA forum focusing on the pharmaceutical industry. 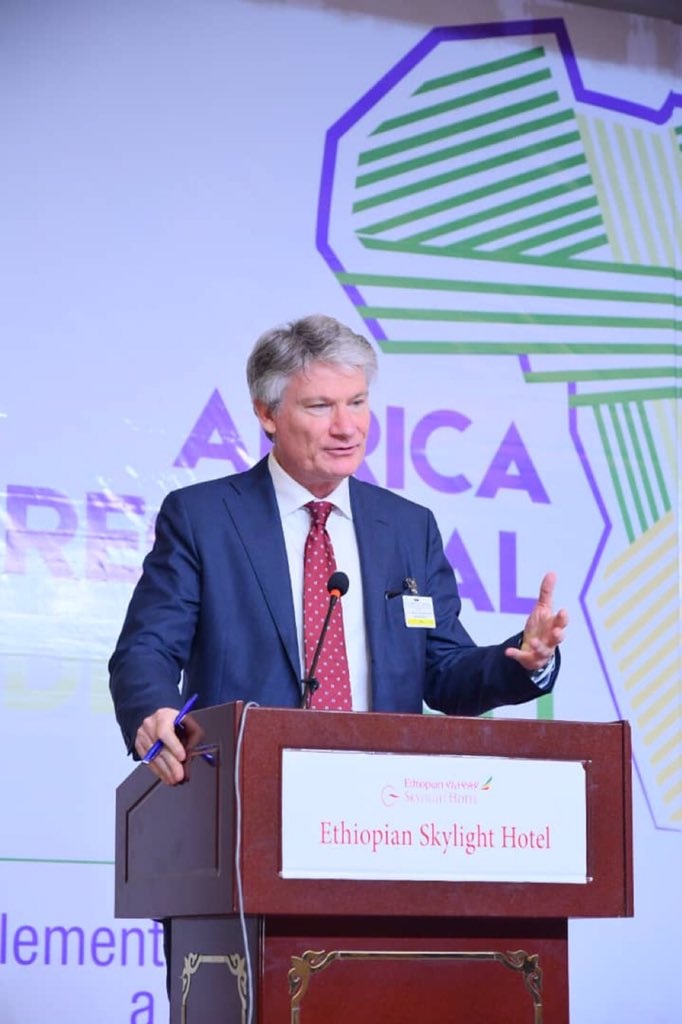 “As was highlighted by the EU Commission President, Juncker, in his state of the union speech in September last year, referring to the AfCFTA, he expressed the wish that the long term perspective is to create a comprehensive continent to the continent free trade agreement between EU and Africa,” he said.

He said to prepare for this, economic partnership agreements, free trade agreements, “including the deep and comprehensive free trade areas and others in the countries north of Africa and other trade issues with the EU should be exploited to the greatest extent as building blocks to the benefit of the AfCFTA”.

The ambition is to further increase African exports and to attract investment, including manufacturing and processing sectors and to encourage the creation of regional value chains through flexible rules of origin, Mr. Sabatucci.

“To support this, a massive support of 40 billion Euros of grants under the new Africa-European Alliance for Jobs and Growth is proposed as from 2021 to 2027 to, among others, attract investments that would create 10 million jobs in Africa,” he said, adding the EU will continue to increase its support to Africa in that regard.

Mr. Sabatucci said the AfCFTA has an extraordinary potential to be economically transformative for Africa by creating the world’s largest integrated common market since the establishment of the WTO.

“Our support for the AfCFTA has a lot to do with our history. It was through the establishment of the free trade area and customs union and the single market that the last 60 years have become the longest period of peace, economic growth and prosperity in our continent,” he said, adding real work begins now since the AFCTA came into force on 30 May.

Mr. Sabatucci said the stable Horn of Africa was important for regional and Africa’s economic integration.

Speaking at the same forum, Economic Commission for Africa (ECA) Executive Secretary, Vera Songwe, said Africa’s pharmaceutical industry was a good summary of what the AfCFTA can deliver for the continent.

Worth $20.8 billion in 2013, the industry is predicted to be $64 billion in the next ten years, creating over 16 million jobs in the process.

Ms. Songwe said this will also lead to the creation of regional and continental giants and prosperity.

“The AfCFTA is an economic development program anchored around creating regional and continental champions, accelerating infrastructure development, energy and harmonising Africa’s integration platforms. We must now move with speed to implement the AfCFTA and reap the benefits of the agreement,” she said.

Ms. Songwe said East Africa with at least 600 million people was one of the fastest growing regions on the continent but that growth has not yet translated into poverty reduction and prosperity.

Ms. Songwe emphasized that it is vitally important for African countries, especially those in the Horn, to maintain peace and stability as a prerequisite for strengthening private-sector development and boosting intra-African trade.

“We believe that trade and integration will be one of the solutions to the challenges in the region,” she said.

The theme of the forum, which was organized by the ECA, the Government of Ethiopia, the African Union Commission (AUC), and the European Union (EU), is: “AfCFTA Implementation: Breaking Down Geographical, Logistical and Regulatory Barriers to Trade and Investment in the Horn to Boost Industrialisation: A Focus on the Pharmaceutical Industry”.