The Deputy General Manager of the zone, Daniel Che, who revealed this to newsmen in Abuja on Tuesday, said the zone, which was established eight years ago, has proved to be a success story. 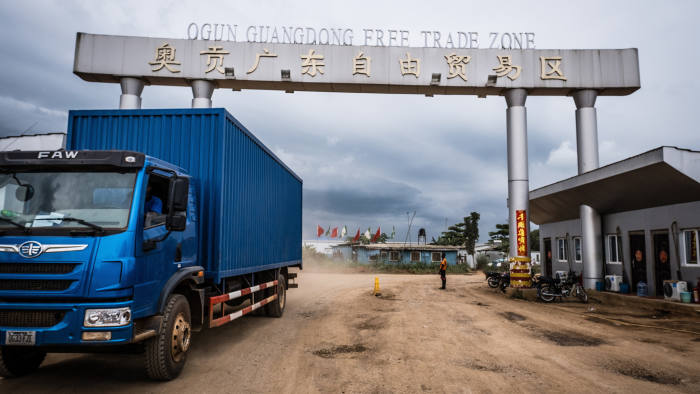 According to him, there has been an upsurge in investment by different companies while others have indicated their intention to come to the zone.

Che said: “Currently, we have over 30 factories in the OGFTZ with a combined investment of over 2 billion USD and more have indicated interest in setting up in the zone. As you are aware, what we have right now is just the first phase”.

“In actual fact, we are moving to expand the operations of the zone so that more factories can come in”.

“The total area designated as a free trade zone in Igbesa for the OGFTZ is over 2000 hectares. We can assure Nigerians that this land would be fully utilised to create a booming industrial zone which would be to the benefit of the immediate community, the state and Nigeria in general.”

The Deputy General Manager affirmed that since the inception of the zone’s operations, it has contributed immensely to the development of the host community, especially through employment creation for the local populace.

According to him, OGFTZ has given direct employment to over 6,000 people from the local community. He further added: “Over 6000 people are currently employed by the zone. This is direct employment. We are not talking about indirect employment. When you add that to the number of local contractors who are supplying raw materials to companies in the zone, you would begin to understand our impact on the local economy.

“And when you consider that we are just in the first phase of the development of the zone, then you would begin to understand what we would be like in the next five to 10 years by the time we begin to implement the next phase of this project.

“OGFTZ would eventually emerge as the best managed and the biggest in Africa.” On why Nigeria should pay more attention to the Free Trade Zone model, Che pointed out that starting from the 1980s and with the establishment of Special Economic Zones (SEZ) in the southeastern coastal region of China, more than a hundred zones of various kinds have since been established throughout China, which he said are largely responsible for the remarkable growth of China over the years.

He stated: “As a result of this successful Chinese model, there has been strong interest by many countries to emulate the model by adopting the Free Trade Zone as an economic policy.

“Free Trade Zone focuses on trade liberalisation and export-led growth, attracting foreign investments and enhancing the competitiveness of the manufacturing sector to create employment, technological transfer and human capacity development among others. It is a win-win for both the Zone and the host country,” Che said.

The much-needed investment that will spore activities in the maritime sector that stakeholders have been yearning for is set to materialize as promoters of...
Read more