BMW Group sales continued their positive trend in August: Worldwide deliveries were up 4.4% on the same month last year, with a total of 181,126 premium BMW, MINI and Rolls-Royce vehicles sold. This brings the company’s total sales for the year to date to 1,617,512 units (+1.3%), in a volatile global market environment. 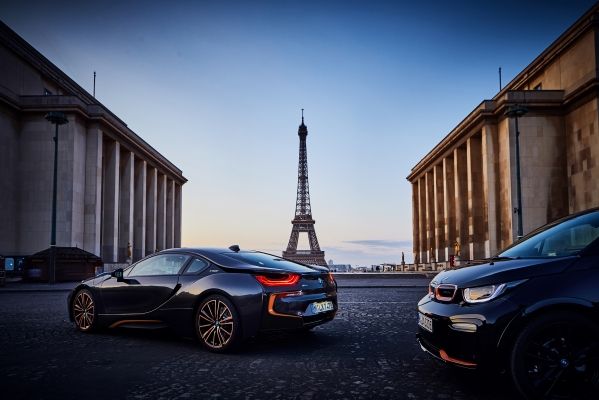 “This positive sales development underlines the impact of our model offensive. Our new X models are proving very popular with our customers,” said Pieter Nota, member of the Board of Management of BMW AG responsible for Customer, Brands and Sales. “Another positive is the continued strong sales growth of the BMW i3, the world’s most successful electric vehicle in its segment. The plug-in hybrid version of the new BMW 3 Series, the BMW 330e*, was also added to our line-up of electric vehicles in August.”

Overall sales of BMW brand vehicles grew by 4.1% in August to 157,889 units. That brings the brand’s sales total for the first eight months of the year to 1,390,968 vehicles (+1.9%). The new and revised BMW X vehicles continue to be the brand’s biggest growth drivers. A total of 76,833 BMW X models were delivered to customers in August (+34.5%), accounting for almost half of all BMW vehicles sold.

The BMW i3 has enjoyed a successful year so far, with 24,870 units (+21.2%) sold worldwide. Deliveries of the MINI Cooper S E Countryman ALL4* plug-in hybrid climbed 39.8% in the first eight months of the year to reach a total of 10,270 units. The fully-electric MINI Cooper SE* will also join MINI’s electrified line-up by the end of the year. Shortly after the market launch of the BMW 330e* and ahead of the introduction of the BMW X5 xDrive45e* plug-in hybrid, overall year-to-date sales of BMW Group electrified models were slightly lower, with 80,526 fully-electric and plug-in hybrid BMW and MINI vehicles delivered worldwide (-3.0%). By the end of the year, the company expects to have half a million electrified vehicles on the roads in total. By the end of 2020, the BMW Group will have ten new or revised electrified vehicles on the market. No fewer than 25 electrified models are planned by 2023, more than half of which will be fully electric.

In a highly competitive segment and with a focus on profitable sales development, MINI brand sales reached 22,859 units worldwide in August: an increase of 6.2%. Sales in the year to date totalled 223,238 (-2.6%). Alongside core MINI models, John Cooper Works model variants made a major contribution to the higher sales reported in August.

BMW Motorrad continues to post solid sales growth, with year-to-date deliveries of 121,098 units (+7.5%). In August, a total of 11,818 (+9.1%) premium BMW motorcycles and maxi-scooters were delivered to customers around the globe.

BMW sales in the regions/markets

Despite the various headwinds affecting the automotive industry, the BMW brand increased sales in its three main sales regions in August. Sales rose by 1.3% in Europe and 9.4% in China, with a further increase of 7.2% in the US market. Due to the model changeover of the BMW 1 Series, Germany posted negative growth for the month of August (18,723/-4.8%**). “We still expect to achieve a slight increase in sales for the full year, even though the global market environment continues to be highly competitive and volatile,” said Pieter Nota.

The company remains firmly committed to its strategy of prioritising profitability over volume.