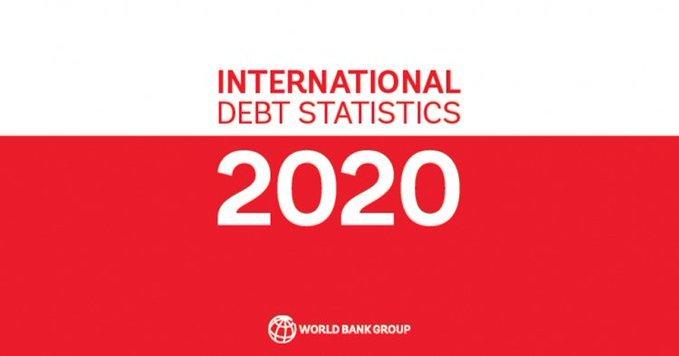 International Debt Statistics 2020 provides users with a summary of the key developments in external debt and other financial flows to those countries and highlights factors driving yearly changes in the data. This year’s report contains new features aimed at improving access to the underlying data.

The debt indicators suggest that debt burdens may be contributing to economic vulnerabilities.

Another message from the data is that a slowdown in new borrowing underscores investors’ concerns about debt sustainability in some of the countries that are eligible to borrow from the International Development Association, the World Bank’s fund for the poorest countries.

Net debt flows to IDA countries rose 32% in 2018, raising external debt levels among these countries by 6% to $388 billion. Combined external debt stock among IDA countries has doubled since 2009. However, new external loan commitments by public sector entities fell almost 4% to $45.8 billion in 2018.

Almost three-quarters of nations have some adaptation plans in place, but financing and implementation fall far short of what is needed Annual adaptation...
Read more

The Food and Agriculture Organization of the United Nations (FAO) has welcomed a $3 million contribution from Germany and Sweden to help farmers in...
Read more