The largest mosque in West Africa has officially opened its doors. Sufi Mouride Brotherhood inaugurated the US $33m building located in Dakar, Senegal in the presence of President Macky Sall and his predecessor Abdoulaye Wade. 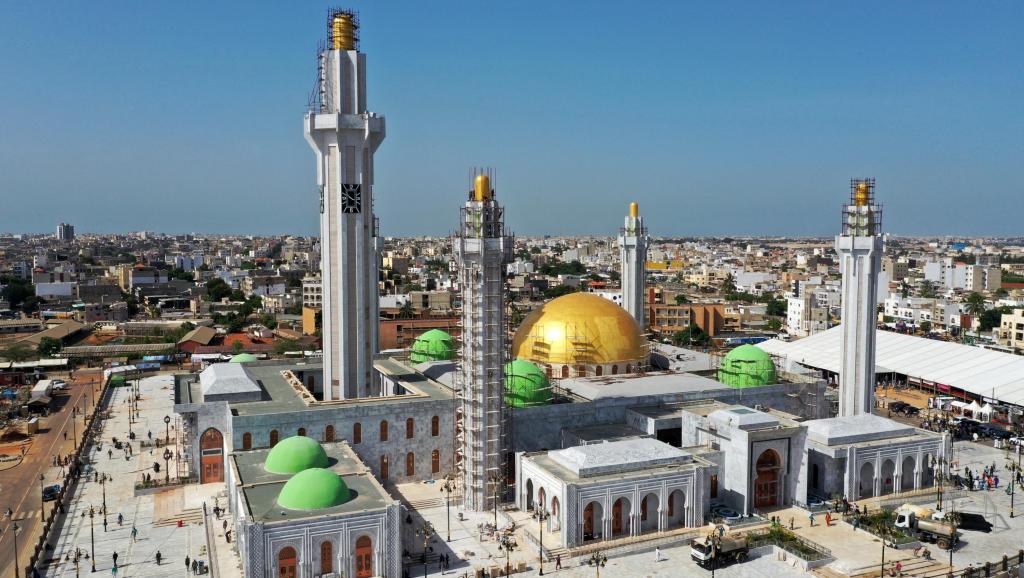 Construction on the mosque dubbed the ‘Massalikul Jinaan mosque’ which means “the Paths to Paradise”, began a decade ago. The name was derived from the title of a poem by Sheikh Ahmadou Bamba Mbacke, the 19th-century founder of the Brotherhood, who is revered by followers as a Sufi saint. Based in the city of Touba, the movement is a pillar of Senegal’s reputation for religious tolerance.

The mosque, which stands at 255 feet, sits on a six-hectare site in the poor area of Bopp, on land donated by the government of the majority Muslim nation. It has a capacity of 15,000 worshipers inside and another 15,000 on an outside esplanade.

The place of worship has four prayer rooms and features a Carrara marble exterior and five minarets. The interior includes a gold-leaf dome, giant chandeliers and decorations hand-drawn by Moroccan workmen. An Islamic institute, residence and museum are scheduled to be added in the future.

Read Also:  "Take care of your employees, or your competitors will !" - Brigette Hyacinth

“With this jewel, we are on a par with what we see in Arab countries and other places in Africa,” said Mbackiyou Faye, who co-ordinated the building work.

More than 500 workers took part in the construction of the mosque. Infrastructure Minister Oumar Youm said that the government provided an additional US $11.5m for lighting, sanitation and road works,