See who won at the 2019 Responsible Drinking Media Awards

The winners of the 2019 Responsible Drinking Media Awards (RDMAs) were announced at the Four Seasons Westcliff Hotel in Johannesburg, last night.

The RDMAs recognise journalists and media at large for their efforts to positively influence perceptions and habits related to the irresponsible use of alcohol. 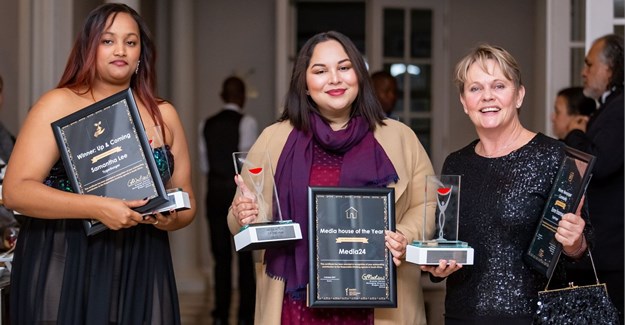 Hosted by 702 Talk Radio host, Eusebius McKaiser, the winners were selected by a panel of judges made up of media experts consisting of Mike Siluma, Dinesh Balliah, Megan Lubke, Jovial Rantao and Mahlatse Mahlase.

“The RDMAs had a record number of entries in 2019 and we want to thank each and every journalist for creating such valuable and influential content. These awards are meant to acknowledge their efforts, and to encourage the media to place the issue of alcohol use and misuse high on the public agenda, amid other competing social issues in SA,” says Sibani Mngadi, corporate relations director of Diageo South Africa.

Attending the Diageo #ResponsibleDrinking Media awards at Four Seasons Hotel. The awards recognize journalists who have published work addressing the IRRESPONSIBLE use of alcohol. #DiageoRDMA pic.twitter.com/RVEX6TsDbH

Best Magazine went to Anton Pretorius for his article in Wineland Magazine “Everything in Moderation”. This article looked into the growing trend among millennials and the younger generation to abstain from alcohol, or at least be mindful about how they drink and what they put into their bodies.

Best Newspaper (Commercial) and Best Online were both won by Marchelle Abrahams for her article: “Solace at the bottom of a bottle” in The Mercury and IOL. The article tells the story of Judy who struggles with alcoholism. It also paints an alarming picture of the growing number of South African women who are becoming prone to alcohol dependency.

Carol Albertyn Christie won Best TV for her exposé on Carte Blanche called “Crashes Not Accidents”. The insert was personally inspired and looks into the fatal and devastating effects of drunk driving.

Best Radio (Commercial) was won by Bruce Hong, Keino Kammies and Nicola Bruns for “Should underage drinking be allowed under parental supervision?” The discussion was centred on a fascinating debate as to whether it is okay to allow your kids to drink at home or not.

Pieter Cloete won Best Radio (Community) for his insert on Groot FM called “The difference between alcoholism and binge drinking – it will shock you”. This was an exploration into the concept of binge-drinking, powered by a panel discussion and the use of social media.

Best Up-and-Coming went to Samantha Lee for her article in the TygerBurger titled “Trends shift to non-alcoholic drinks” speaking to a growing trend toward alcohol-free socialising.

Journalist of the Year went to Carol Albertyn Christie for the best overall entry and Media House of the Year was awarded to Media 24 for having had the highest number of total entries into the awards this year.

Pippa Hudson of Cape Talk was the winner of the Commitment Award, a new award to acknowledge and recognise individual journalists who consistently make a difference by supporting responsible drinking in their work, on an ongoing basis.

Finally, to get the South African public involved, Diageo SA opened up all the finalists to a public vote on Facebook. Reginald Witbooi from the SABC TV took the trophy and was selected as the winner of the Consumers’ Choice Award.

For more information on the awards and how to enter next year, visit www.diageo.co.za/en/rdma.

The board of directors of Custodian Investment PLC is pleased to announce that a binding agreement has been signed with UAC of Nigeria PLC...
Read more
Brand News