Another Power Sector Loan: So Far, So Good?

Despite the 2013 privatization exercise, the Nigerian power sector continued to wrestle with an inefficient value-chain, bedevilled by poor metering, a severe cash crunch, huge infrastructural deficits, and regulatory distortions. Recently, the Federal Government secured a $3bn facility from the World Bank, to be distributed in four tranches of $750mn each starting April 2020, focused on improving distribution and transmission networks. While this feat is laudable, the results of previous financial interventions call for concerns.

So far, over N1tn has been injected since 2014, via various power sector intervention funds. This was used to increase operational capacity, settle power purchase agreements between NBET and Gencos, as well as tariff shortfalls owed to Discos. However, as of
Nov-18, Discos had only fulfilled an average of 25.4% and 39.7% of remittances owed to NBET and the Market Operator respectively. Also, with total installed generation capacity at c.12,522MW, operational capacity remains disappointing, averaging 3,879MW, owing to the inadequate and inefficient transmission and distribution networks. With transmission losses at 7.7% and AT&C losses at 19.7%, only an estimated 2,875MW of power is available to about 200mn Nigerians. 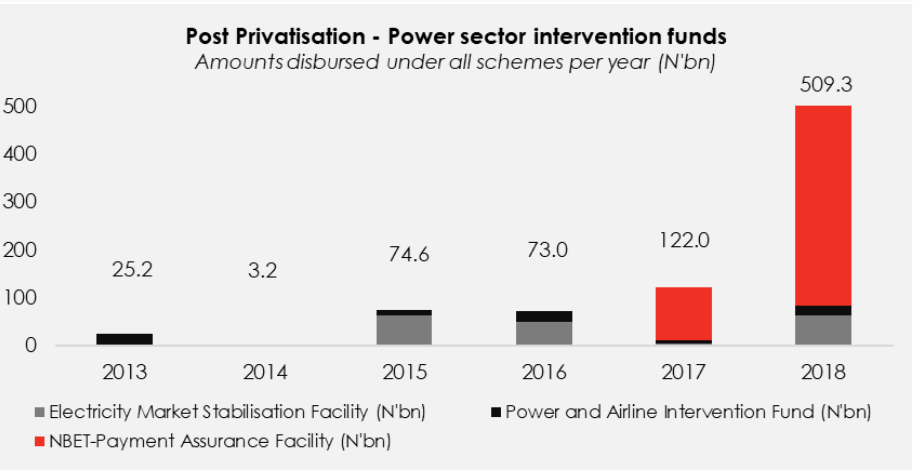 While the above shows previous recurrent funding as a palliative measure to an economic migraine, we believe developments such as the recent Electrification Roadmap (with Siemens) and the proposed transition to a cost-reflective tariff regime in 2020, could limit the use of intervention funds in addressing liquidity issues going forward. Nonetheless, inadequate gas infrastructure remains an elephant in the room, which is critical to the overall success of the sector.

There is a common misconception that the most dangerous threats to encounter on modern users’ digital journeys are likely to appear during Internet surfing....
Read more