The group grew sales volume YoY by 1% from 17.77Mt to 17.96Mt on the back of a muted growth in the Nigerian and the Pan-African markets by 60pbs and 170bps, respectively. In the Nigerian market, on a year-on-year basis, volume increased from 10.76Mt to 10.82Mt owing mainly to promotional activities in Q3 2019, which helped tame the impact of the new competitor’s capacity. However, revenue declined by 70bps to N467.88bn from N471.33bn in 9M 2018 due to continued price discounting by competitors. The group had to lower prices in a bid to preserve its market share (currently c.64% of the domestic market). Also, the incident of border closure impacted export volume as the group recorded zero output in August and September.

Selling and distribution expenses grew from N97.15bn to N121.98bn in 9M 2019. The double-digit growth was informed by a 215% spike in advertisement and promotion expense from N2.54bn to N7.99bn, as the group engaged in promotional activities to stay competitive and safeguard its market. Also, haulage expenses rose from N63.99bn to N80.60bn in 9M 2019, contributing to the 26% growth in selling and distribution expenses. On the strength of this decline alongside a 58% fall in other income, operating profit nosedived by 13% from N266.86bn to N231.48bn.

Given the new dynamics in the cement industry and the economic landscape, we expect pressure in the topline growth to persist into Q4 2019 and by extension, the coming years. However, we expect recoveries from the Pan-Africa market to support the group’s revenue. 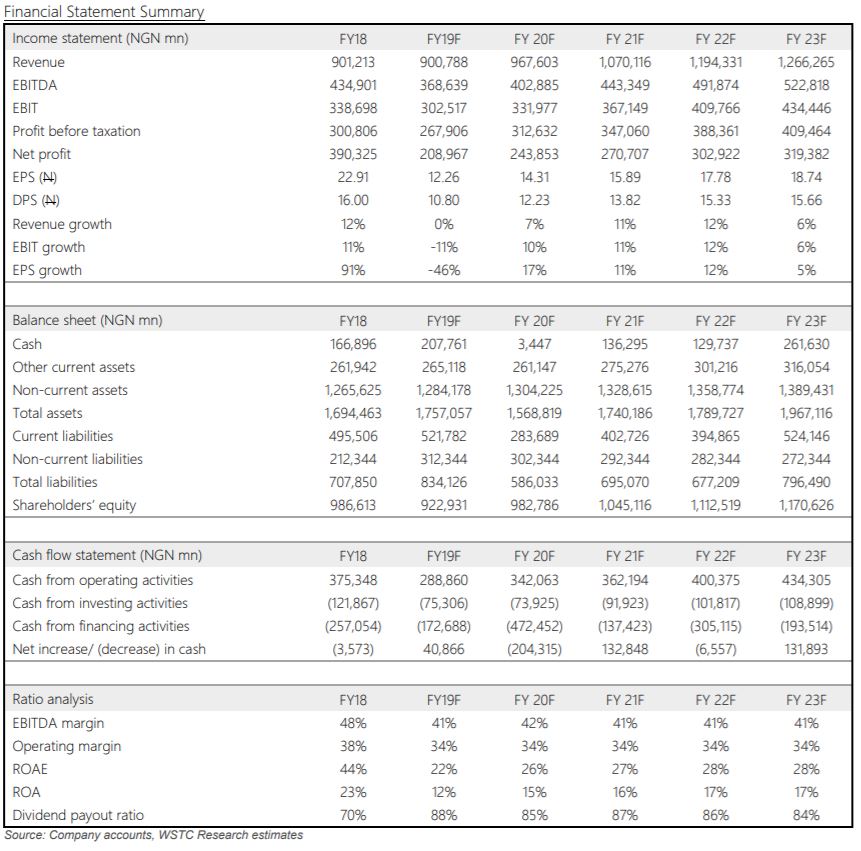