How to Apply for Government N75Bn MSME Survival Fund

After growing its lending business in West Africa, emerging markets credit startup Migo is expanding to Brazil on a $20 million Series B funding round led by Valor Capital Group. 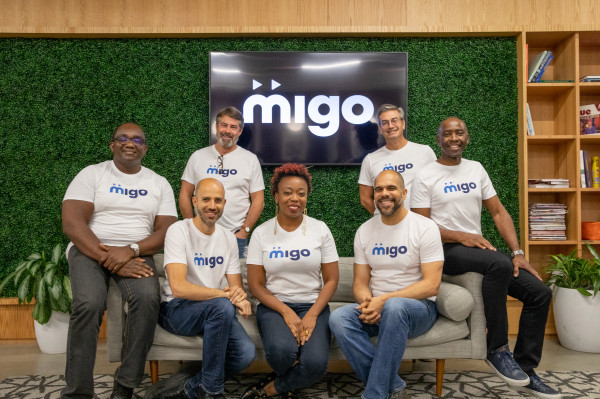 That generally means making lending services to low-income populations in emerging markets profitable for big corporates, where they previously were not.

Founded in 2013, Migo launched in Nigeria, where the startup now counts fintech unicorn Interswitch and Africa’s largest telecom, MTN, among its clients.

Offering its branded products through partner channels, Migo has originated more than 3 million loans to over 1 million customers in Nigeria since 2017, according to company stats.

“The global social inequality challenge is driven by a lack of access to credit. If you look at the middle class in developed countries, it is largely built on access to credit,” Migo founder and CEO Ekechi Nwokah told TechCrunch.

“What we are trying to do is to make prosperity available to all by reinventing the way people access and use credit,” he explained.

Migo does this through its cloud-based, data-driven platform to help banks, companies and telcos make credit decisions around populations they previously may have bypassed.

These entities integrate Migo’s API into their apps to offer these overlooked market segments digital accounts and lines of credit, Nwokah explained.

“Many people are trying to do this with small micro-loans. That’s the first place you understand risk, but we’re developing into point of sale solutions,” he said.

Migo’s client consumers can access their credit lines and make payments by entering a merchant phone number on their phone (via USSD) and then clicking on “Pay with Migo.” Migo can also be set up for use with QR codes, according to Nwokah.

Read Also:  WHY YOU SHOULD REALLY START SAVING
- Advertisement -

He believes structural factors in frontier and emerging markets make it difficult for large institutions to serve people without traditional credit profiles.

“What makes it hard for the banks is its just too expensive,” he said of establishing the infrastructure, technology and staff to serve these market segments.

Nwokah sees similarities in unbanked and underbanked populations across the world, including Brazil and African countries such as Nigeria.

“Statistically, the number of people without credit in Nigeria is about 90 million people and its about 100 million adults that don’t have access to credit in Brazil. The countries are roughly the same size and the problem is roughly the same,” he said.

On clients in Brazil, Migo has a number of deals in the pipeline — according to Nwokah — and has signed a deal with a big-name partner in the South American country of 210 million, but could not yet disclose which one.

Migo generates revenue through interest and fees on its products. With lead investor Valor Capital Group, Velocity Capital and The Rise Fund joined the startup’s $20 million Series B.

Increasingly, Africa — with its large share of the world’s unbanked — and Nigeria — home to the continent’s largest economy and population — have become proving grounds for startups looking to create scalable emerging market finance solutions.

Migo could become a pioneer of sorts by shaping a fintech credit product in Africa with application in the frontier, emerging and developed markets.

“We could actually take this to the U.S. We’ve had discussions with several partners about bringing the technology to the U.S. and Europe,” said founder Ekechi Nwokah. In the near-term, though, Migo is more likely to expand to Asia, he said.

Leading telecommunications services provider, Airtel Nigeria, has been commended by members and leaders of a community in Ogun State,...
Read more
News

African Consumer Care, a subsidiary of Dabur International has strengthened the Dabur footprint in Nigeria with the introduction of the surface cleaning product, Dazzl...
Read more
Business & Economy

On the 4th of May, the first day after strict COVID-19 lockdowns were lifted in Lagos, customers rushed to bank branches all over the...
Read more
Brand News

Mouka, Nigeria’s leading brand of mattresses and other bedding products is raising awareness for the importance of quality sleep to the cognitive development of...
Read more
- Advertisement -