About three weeks to the end of the year, Hyundai Motor has unveiled its next-generation Sonata, a 2020 edition built with the sporty four-door-coupe look, to the Nigerian market. 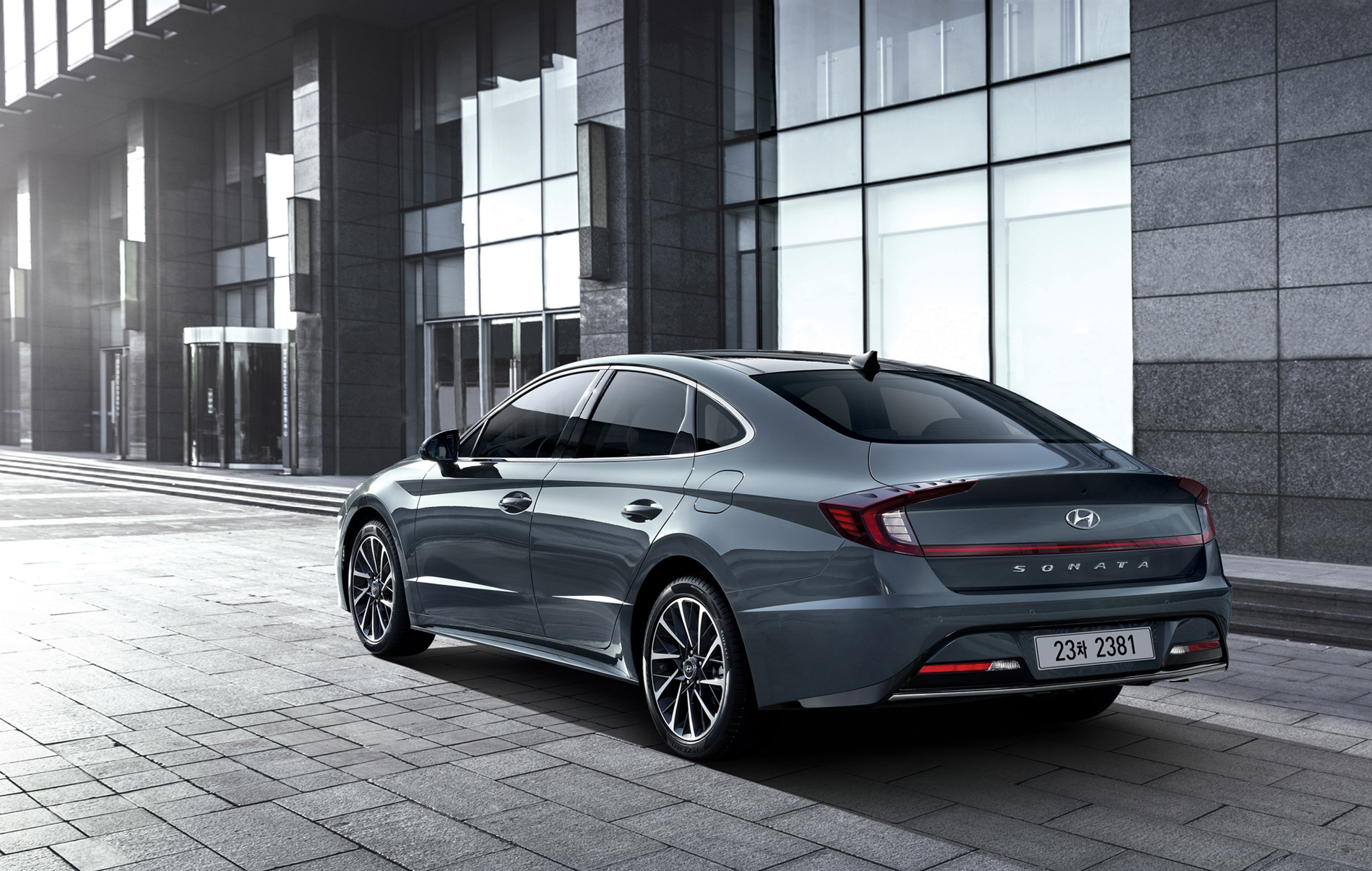 The new Sonata has a much sportier look than its predecessor, with a 30 mm lower height and a width extended by 25 mm.

The detailed features of the new Sonata show a short overhang, sloping roofline and low-deck lid that create a balanced feel, with Hyundai’s signature chrome accent now going all the way into the hood, making it look even longer.

The car also has LED lighting built-in, all of which help bring the sensuous sporty design to life.

Indeed, Hyundai says the new Sonata has a much sportier look than its predecessor, with a 30mm lower height and a width extended by 25 mm; wheelbase enlarged by 35 mm, and its whole length by 45 mm.

“The new Sonata’s frontal section is defined by two elements: a bold, voluminous shape evoking a smooth sphere and a cleanly demarcated hood.

“Furthermore, the Digital Pulse Cascading Grille, which resembles the grille of a sports car with its rhythmic visuals, is sleekly connected to the hood, strengthening the overall perception of the front.”

“The hidden lighting lamps appear to be of a chromic material when switched off and become dramatically lit when turned on,” it states.

The automaker recalls that the light architecture was initially revealed through Hyundai’s HDC-2 concept car at the Busan Motor Show in June last year.

“It was created by fleshing out the form of the lamp and making it into a powerful design element. Along with the sensuous sportiness concept, the light architecture defines the design identity of future Hyundai cars,” it adds.

The firm also says the side sections of the Sonata are accentuated by the light architecture, which connects two chromic lines seamlessly linking the windows and daytime running lights.

According to the automaker, through these two characteristic lines, the Sonata effuses an athletic and elegant charm.

The new car has a wide, layered long hood, a very low stance and a sleek roofline. The feeling of width is also achieved with ultra-wide taillights.

The light architecture is also applied to the interior space with the ambient mood lamp illuminating dashboard and doors.

The instrument panel inside the car is rich and modern and Hyundai says the recognisable winged shape is inspired by a Stealth aircraft.

It adds, “This shape almost levitates or floats when looked at, and this philosophy carries into the long armrests. Satin chrome accents enhance this effect.

“Designers compressed the height of the dashboard and HVAC vents as much as possible to aid the lightweight feeling, while modern, light fabric colours and leathers provide a fresh and freeing ambience for the driver.”

Hyundai notes that the clean and sleek design is carried through the centre-gauge cluster display.

It explains that its designers aimed to alleviate the distracting large screens featured in many luxury cars today and instead threaded the two displays together on the 2020 Sonata, using a unique S curve.

The new Sonata’s additional features, it says, include a satin chrome accent on the steering wheel, which looks like an aircraft yoke, and shift-by-wire transmission controls to free up storage space.

Meanwhile, the Group Marketing Head, Stallion Autos, Arpita Luthra, has said that Hyundai is now the highest-selling brand in Nigeria in the new car segment.

Although she did not give the sale figures for the year, Luthra, who spoke at the unveiling of the new Sonata in Lagos, said Stallion’s partnership with Hyundai Motor Company had come a long way since 2014 and boosted the performance of the brand in Nigeria.

She said the group remained committed to providing the best-in-class service and a range of world-class vehicles to the Nigerian consumer.

“These vehicles are getting assembled in Nigeria and are topically modified to handle the road severity of the region,” she added.

The well-equipped Hyundai Sonata has been recognized by WardsAuto for its user-friendly interaction with the vehicle’s driver-assist technologies. Its host of convenient and intuitive...
Read more

Below is a summary of changes to the Hyundai lineup for the 2020 model year. This document will be updated regularly, creating a one-stop-shop...
Read more
- Advertisement -