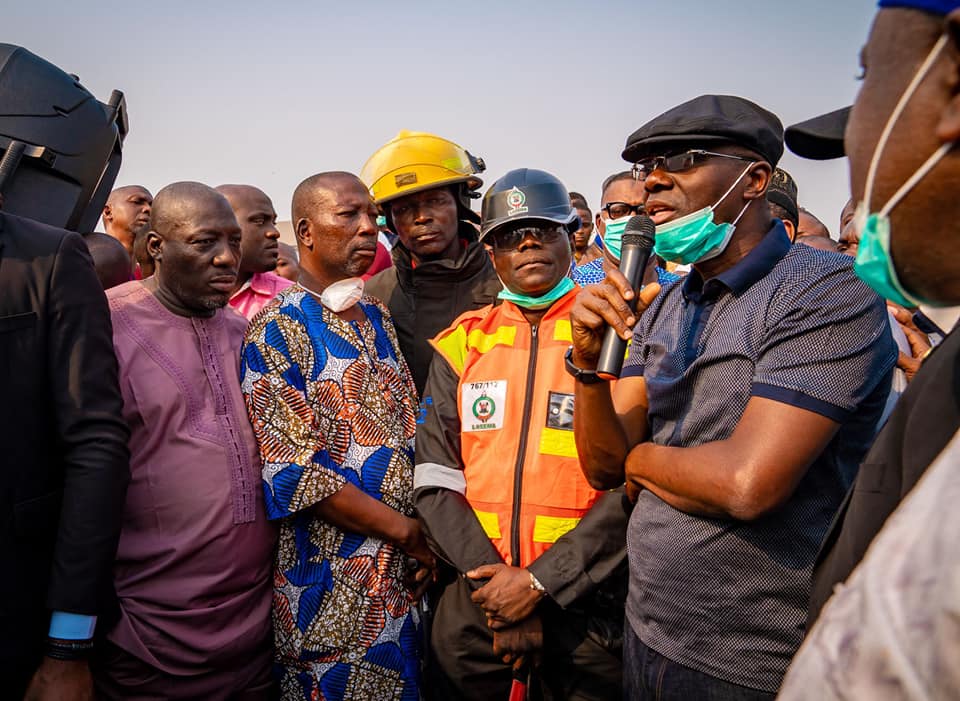 The inferno, which started in the midnight of Saturday, was said to be the first major fire incident in the popular timber market. No life was lost.

Men of the Lagos State Fire Service and emergency response teams from Lagos State Emergency Management Authority (LASEMA) and Lagos State Safety Commission remained on the site to completely put the situation under control and salvage unaffected goods. They were joined by teams of firefighters from Federal Fire Service and Julius Berger. 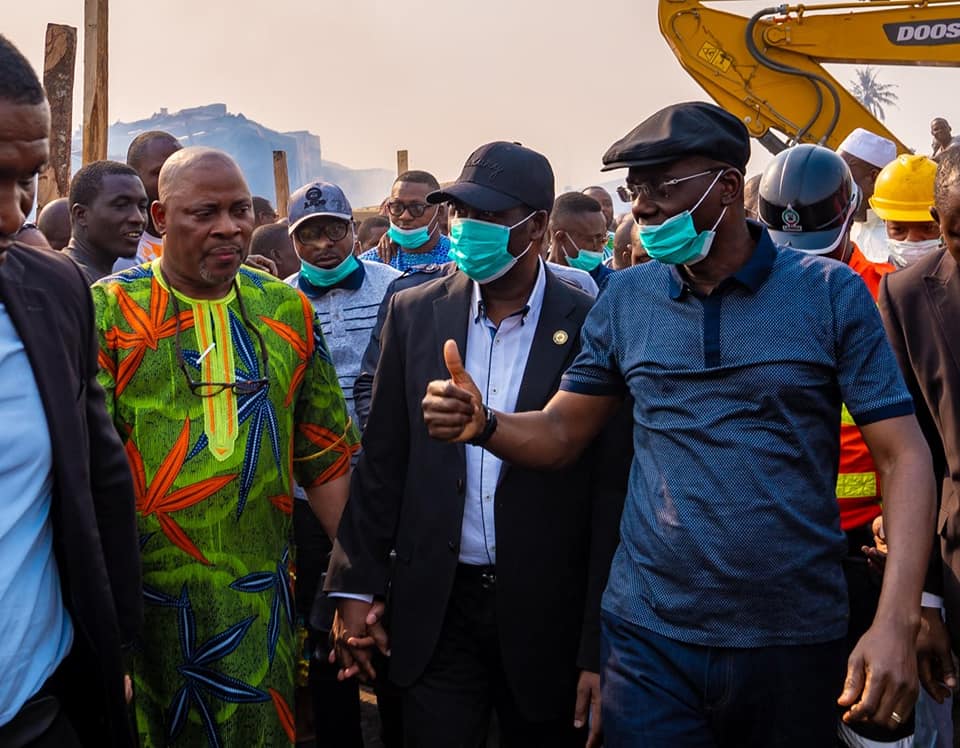 Sanwo-Olu, who described the incident as “unfortunate”, allayed the fears of the traders, saying the State Government was more interested in supporting the victims back on their feet, rather than ejecting them from the site. 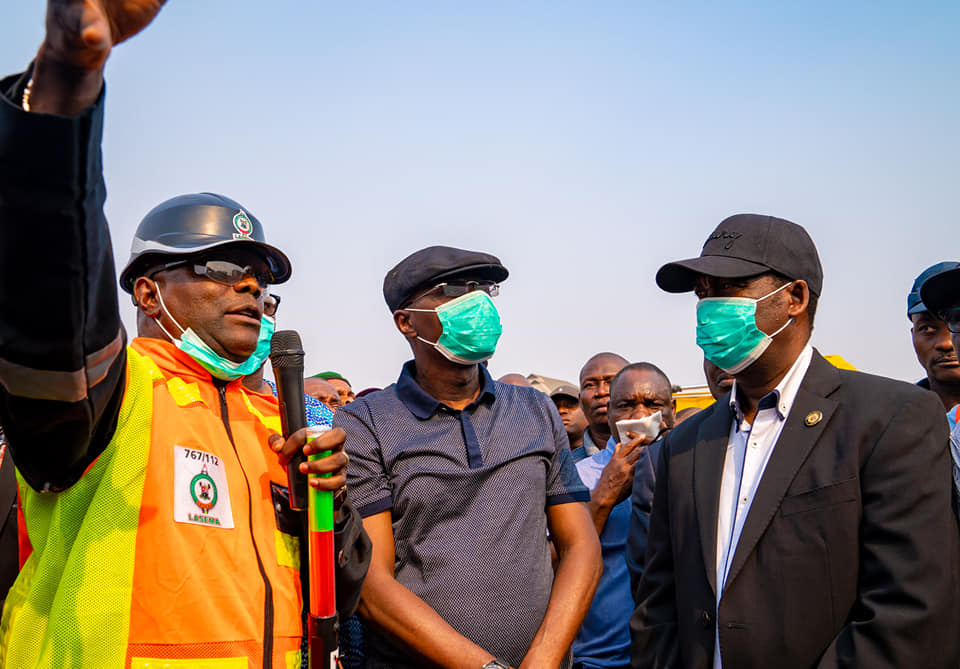 The Governor, who was received by a large crowd of traders, said there would be a thorough investigation to unravel the cause of the inferno while pleading with them to allow the emergency response teams to complete debris removal process on the site before embarking on efforts to re-construct the burnt shops. 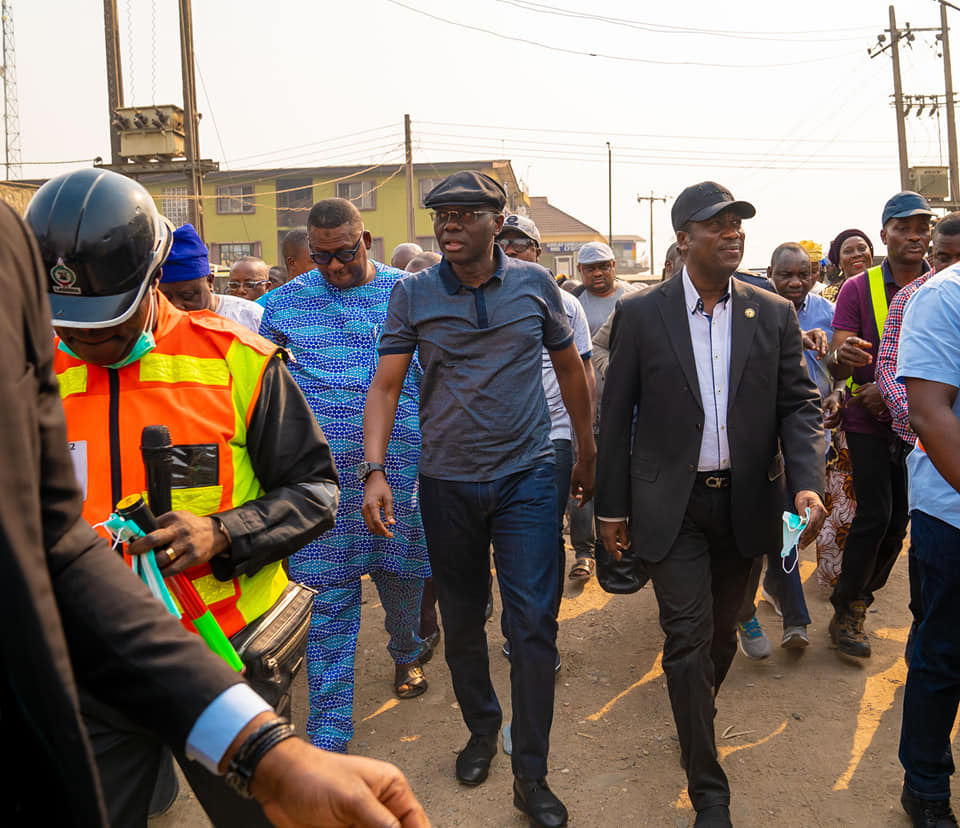 He said: “On behalf of the State Government, I commiserate with Amu Market traders over this rather unfortunate incident. Nobody would ever expect this magnitude of destruction to happen, but we thank God that no life was lost.

“We will start a full investigation into the remote causes of this incident so that we can plan to forestall incidents like this in future. We will come back to do enumeration of the houses that were torched and look at what support we can render.

“Let me say it clearly to all traders in this market that, we do not plan to take over this market. We will work with you to see how to re-construct this place so that business activities can return to the market. There so many families affected by this; we will help them to rebuild their lives.”

Sanwo-Olu stressed that the magnitude of the destruction left by the inferno brought up the necessity for the Government to collaborate with the traders in providing fire safety facility around the market with the aim to forestall future occurrence. He added that the Ministry of Physical Planning would work with the market leaders to rebuild the market.

“After the completion of the recovery process on the fire site, LASEMA and officials of the Ministry of Physical Planning will come back and take a full inventory of the various store owners and market leaders. They will discuss lasting solution we can bring about in a market like this,” Sanwo-Olu said.

The Governor directed the Lagos State Waste Management Authority (LAWMA) to remove charred materials left on the site free of charge while urging the crowd at the scene to allow a smooth recovery process.

The youth leader in the market, Alhaji Tajudeen Sanni, who spoke on behalf of victims, said goods worth N10 billion were destroyed by the fire. He appreciated the Governor for offering to support to the victims, adding that the assurance by Governor not to take over the market would help victims to fully recover from their losses.

Chairman of Mushin Local Government, Hon. Bamigboye Emmanuel, assured the traders of support, saying the council would work with the State Government to introduce fire safety measures around the market.

Evercare Hospital Lekki, a private multispecialty tertiary care facility, has officially been unveiled by His Excellency, the Vice President, Yemi Osinbajo, and the Governor...
Read more