The United Arab Emirates Ministry of Health has announced a diagnosis of a coronavirus case in a family from Wuhan in China – the first such publicly announced case in the Middle East. Of Dubai’s 16.7mn visitors in 2019, c6% came from China and 12% from North and south-east Asia overall. Dubai airport is the world’s busiest for international passengers with c90mn annually. Tourism directly contributes just under 5% of UAE GDP (likely significantly more of Dubai GDP). Tourism is a significant economic contributor across all of the regional economies, including Saudi Arabia.

Many of the markets in our coverage are in economies where tourism contributes over 3% of GDP (including China, India, and South Africa in large EM). The following have over a 5% contribution:

Below we illustrate the exposure of economies across the emerging and frontier markets to tourism.

Clearly, the coronavirus is not geographically isolated and global tourism volumes are at risk, at least in the short-term, but the pattern of previous pandemics (or terror attacks) is that tourist traffic has rebounded from any such weakness relatively quickly.

Overall, we consider the Wuhan coronavirus in the same context as other almost-quantifiable global risks in the worst-case scenario (e.g. the potential for multi-state wars around India, Iran, Libya, North Korea, or the South China Sea, the longer-term impact from trade and migration barriers, or the rising sovereign indebtedness). They are all potentially extremely disruptive, but investors are unlikely to price them in precisely because, in a worst-case scenario, they are so quantifiable (to the degree that investment analysis may be the least of anyone’s concerns) and, in the shorter-term, the availability of central bank liquidity makes the downside of being too early to price these risks in far too painful.

Read Also:  Digital Commerce Spend to Fall by 14% in 2020, as Industry is Rocked by Coronavirus Impact 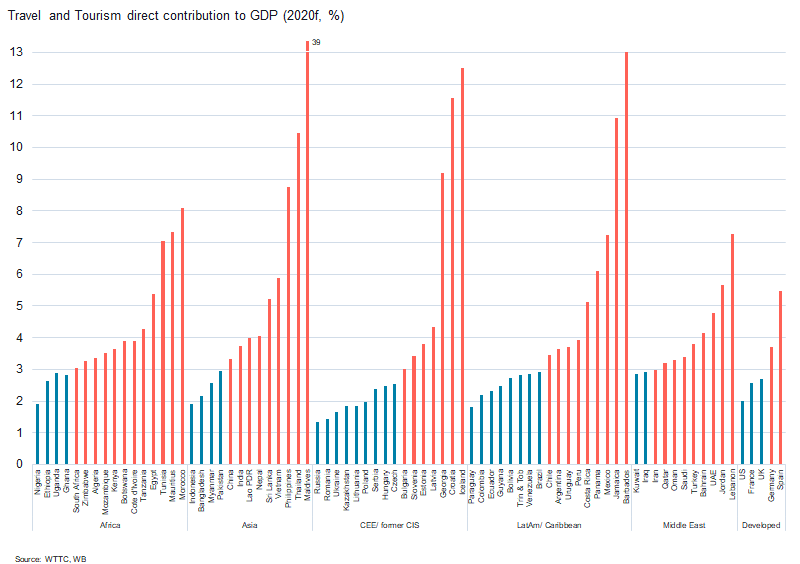 This article appeared first on Tellimer

The trade war with China and other trading partners has been a hallmark of Trump’s presidency. Now, the administration is looking to escalate the...
Read more

This week, sell pressure dominated in eight (8) of the fourteen (14) stock markets under our coverage, with Europe being the worst hit. This...
Read more

Some coronavirus-driven changes to working life, consumption and business activity will persist after an effective medical solution becomes available, according to a survey of...
Read more
- Advertisement -