Gov: We Must Build Modern Markets For Our People

Lagos State Governor, Mr. Babajide Sanwo-Olu on Sunday expressed shock over the fire that razed down four buildings on Martins street in Lagos Island, saying it was a sad development for the State to experience another fire under an absolutely avoidable circumstance. 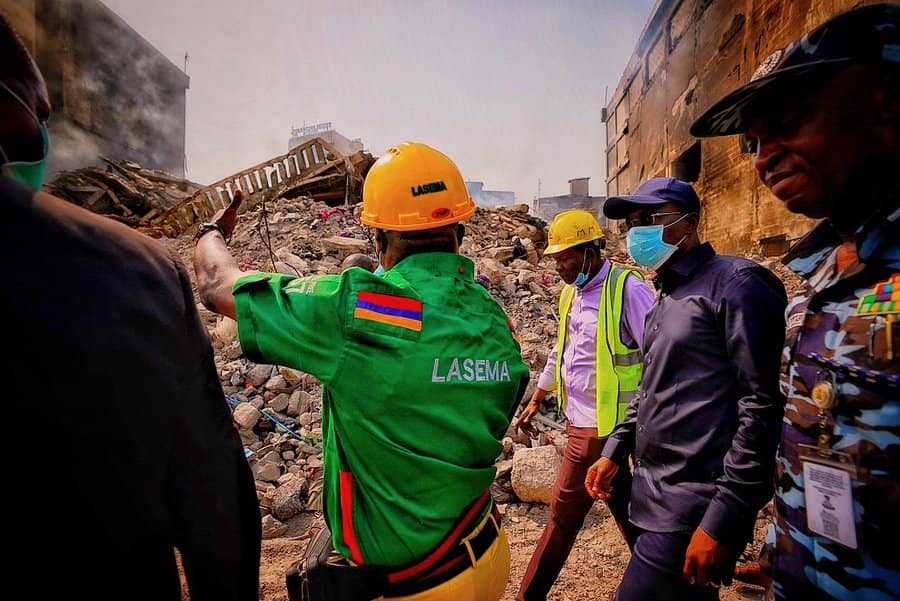 Sanwo-Olu said the recent fires being experienced in the State and the colossal loss could have been averted if the residents took the simple safety advice being propagated by the government. 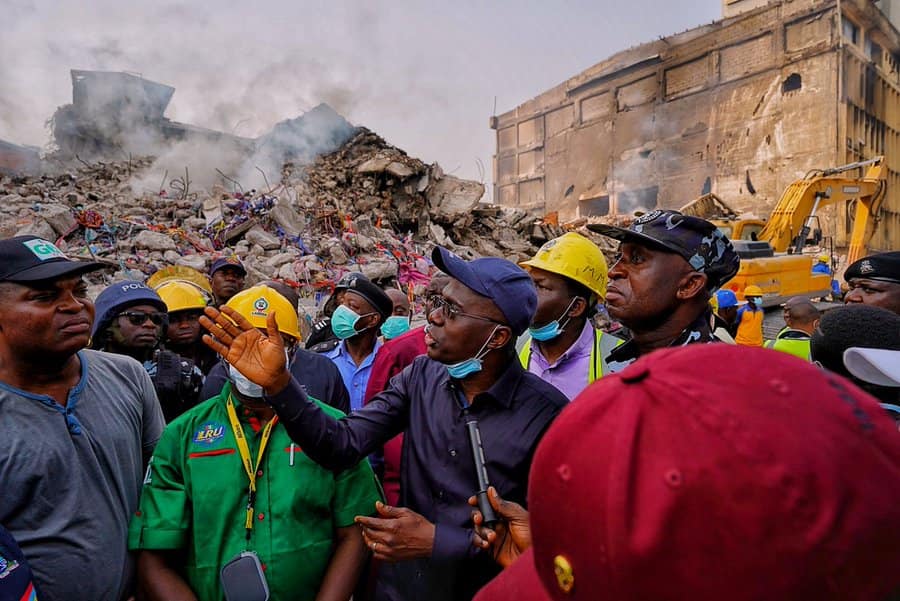 The Governor, who led other top Government functionaries to the scene of the fire ordered the security agencies to cordon off the entire Martins/Breadfruit streets for proper enumeration of the affected buildings and integrity tests to be conducted on the remaining ones to enable the government make informed decisions on whether to leave them or pull them down. 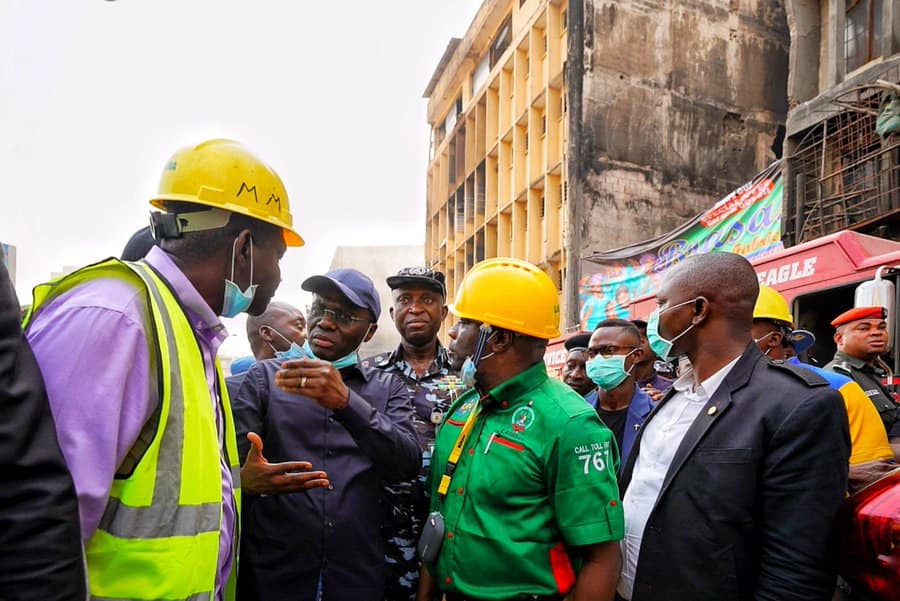 He said: “I want to first express shock and regret, coming here for the second time in three months. We’ve been going round telling the people that this is harmattan period. The weather is very harsh and it easily attracts fire. 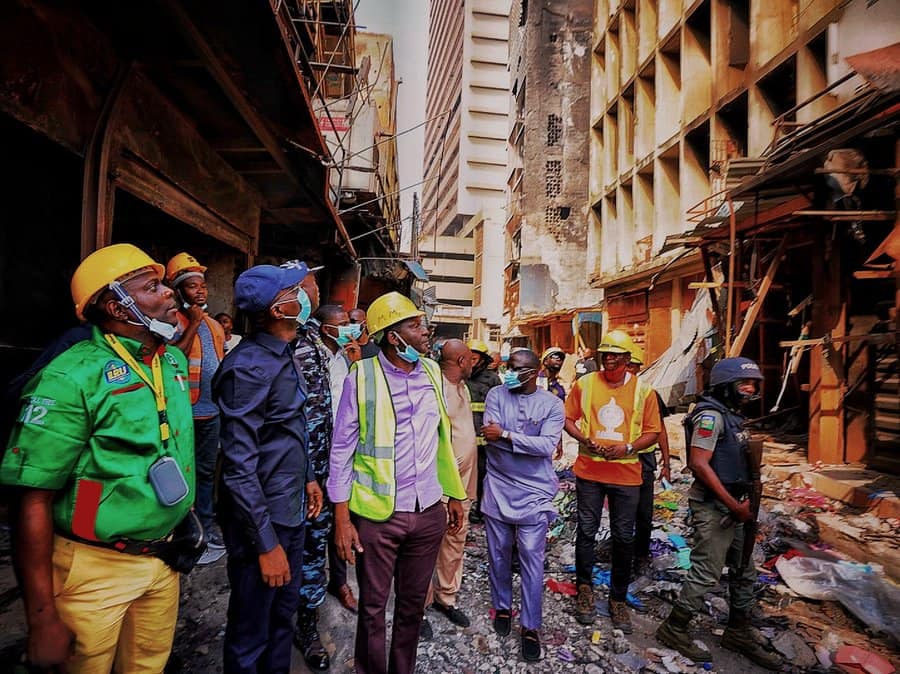 “We have said to the people times without number that they must remove their generators from the top of buildings. Going round, we still have fire in these rubbles yet people keep generators in adjoining buildings.”

The Governor said “there must be control in the market place. The CDA’s and CDC’s must take charge of safety and security. It shouldn’t be about the money that you collect from the traders, you must care about their safety and wellbeing too.”

Governor Sanwo-Olu said the latest fire incident has thrown up the debate on the need to build a proper market in Lagos Island. He said the current arrangement where most of the office buildings are being converted to market stalls and shops will be not be accepted.

He said: “we will do a proper enumeration of the people in these markets, plan with them for us to build modern markets.

Members of the Community Development Association, Lagos Island Local Government, while explaining the remote cause of the fire appealed to the Governor for executive backing in enforcing environmental and safety controls in the market.

Other Executive members that joined the Governor at the inspection are the Commissioner for Physical Planning, Dr. Idris Salako, his Special Duties counterpart Mr. Tayo Bamgbose-Martins and the Special Adviser to the Governor on Central Business District, Mr. Oyerinde Olanrewaju.

The Lagos State Government has reassured its citizens of a sustainable debt profile and judicious use of the N100 Billion Bond recently signed by...
Read more

Lagos State Governor, Babajide Sanwo-Olu has called for the creation and boosting of new sources of export in Nigeria’s bid to meet the yearning...
Read more
- Advertisement -