Taraba State government has stocked starter packs worth over 350 million Naira to boost the next phase of its women and youths empowerment programme.

Gov. Ishaku made this disclosure during a visit to the Nigerian office of the World Bank in Abuja on Friday, January 31, 2020.

The Ishaku administration in Taraba State in its first term executed a very pragmatic empowerment programme which has taken over 4000 women and youths off the poverty line.

Issues relating to the programme featured prominently in his discussion with the World Bank officials led by Mr Shubham Chaudhri.

He told the World Bank team who were apparently excited about the level of success recorded by the programme that the administration had to use agents of government to strictly monitor beneficiaries of the empowerment programme to ensure that they opened shops for their operation and that they did not sell off starter kits provided for them free by the government.

Gov. Ishaku said most of the beneficiaries of the scheme during the first tenure of his administration are presently not only self-employed but employers of labour.

Gov. Ishaku also briefed the team on Taraba State’s experience with Internally Displaced Persons (IDPs), in the State. He said because the state was the least affected by Boko Haram, it became the destination of choice for victims fleeing from the rest of the states in the North East.

This, he said, has put a lot of pressure on the resources of Taraba State.

The governor said the state had to provide the needs of the IDPs whose number has overwhelmed the state.

Despite the situation, he said, the government has been successful in making Taraba State a comfortable home to them, with some of them becoming farmers and home-owners in the state. 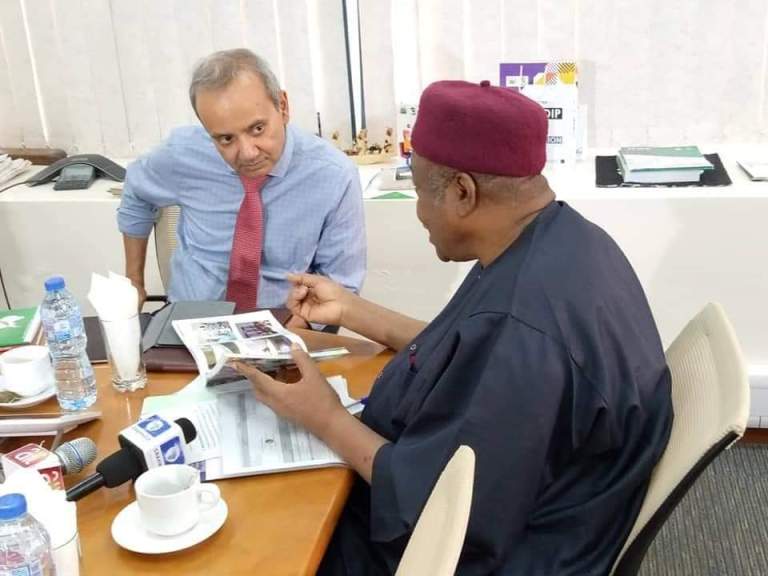 The areas of achievements which he enumerated during the briefing include the revival of many moribund companies, the provision of water in rural areas through the 300 boreholes in 300 communities scheme, empowerment of women and youths, renovation of three hospitals in three senatorial zones and the construction of a network of roads in Jalingo and major towns in the state.

In his response, Mr Chaudhuri said the Bank was ready to partner with state governments embarking on fundamental projects that would reduce extreme poverty in their domains.

In doing so, however, the Bank would enlist the cooperation of critical stakeholders in Nigeria which includes the Nigeria Governors Forum.

A delegation of some officials of the Taraba State government is to meet with the Bank’s officials at a future date for a more comprehensive discussion on areas of assistance for the state.

The Taraba State Government has approved the reopening of the state-owned university in Jalingo and other tertiary institutions in the state. Adamu said the schools...
Read more
- Advertisement -