Religion in Africa: Tolerance and trust in leaders are high, but many would allow regulation of religious speech

Africans overwhelmingly identify with religious faith, trust their religious leaders, and express tolerance of people of other faiths, a new Afrobarometer analysis shows.

Nonetheless, in most countries, a majority of Africans favour civil over religious law as the basis for the government (though Niger, Morocco, and Sudan are exceptions). And nearly half say the government should have the power to regulate religious speech in the name of public safety. 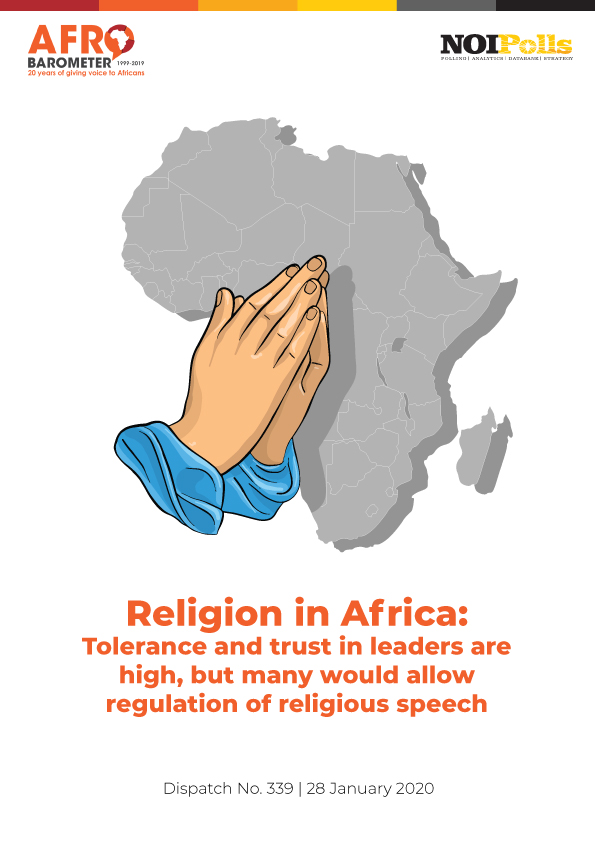 Religious leaders are more trusted and less widely seen as corrupt than any other group of public leaders, although both of these positive perceptions have weakened somewhat since the previous survey round.

Afrobarometer is a pan-African, nonpartisan survey research network that provides reliable data on Africans’ experiences and evaluations of the quality of life, governance, and democracy. Seven rounds of surveys were completed in up to 38 countries between 1999 and 2018. Round 8 surveys are planned in at least 35 countries in 2019/2020.