Canada’s Prime Minister Justin Trudeau convened a meeting for African heads of state, foreign ministers and representatives of the United Nations and other multilateral bodies on Monday to discuss ways to secure peace across the continent as a necessary condition for prosperity.

Trudeau, the 2020 chair of the United Nations Peacebuilding Commission, called for cooperation among international partners and governments to create economic opportunity and prosperity that is broadly shared, “…as a way not just of countering the pull of extremism in some places or the cynicism of populism, but as a way of building a real and tangible future for countries around the world.”

The breakfast meeting, which was held on the sidelines of the 33rd African Union Summit in Addis Ababa, was intended to strengthen the Commission’s partnership with the African Union (AU) and to better integrate African priorities in conflict prevention and bolstering economic security. Among issues discussed were the role that international financial institutions and youth job creation can play in Africa in averting extremism and conflict; and the AU leadership in peacekeeping and peacebuilding efforts.

Trudeau acknowledged that one of the biggest challenges both developed and developing countries face is the perception that governments are indifferent.

“In this time of change, in this time of transformation of the global economy, time of conflict, time of climate conflict, people worry that the system has no place for them and isn’t providing them with what they need,” the Canadian Prime Minister said.

President Kabore offered his reflections on the issues. Burkina Faso is one of several nations in the Sahel region that have seen economic growth adversely affected by conflict and instability.

In opening remarks, African Development Bank President Akinwumi Adesina noted the shifting nature of conflicts across Africa. While the number of outright wars in Africa has declined substantially, they have been replaced with greater fluidity with rising cases of terrorism, extremism, conflicts from non-state actors. 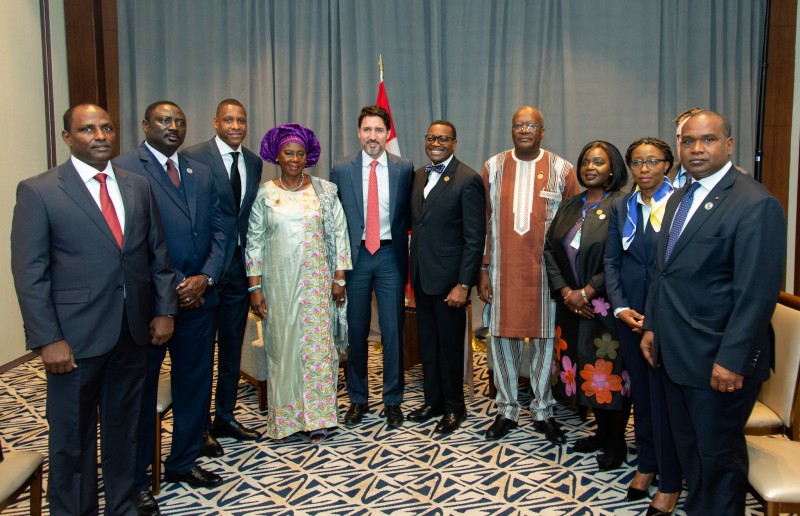 The root causes of conflict, according to Adesina, include “rising inequalities, lack of political inclusiveness, extreme poverty, management and control over natural resources, youth unemployment that causes social unrest, climate change, to name a few.”

The Bank is at the forefront of helping to address fragility in Africa with several initiatives currently under way. So far, $3.8 billion has been allocated to address issues of fragility through the Transition State Support Facility.

“The successful replenishment of the Bank’s African Development Fund 15 – to which Canada contributed substantially with $355 million – will allow the Bank to deploy an additional $1.2 billion to address fragility, strengthen resilience and sustain peace and economic security,” he said.

Empowering Women In Critical Sectors To Challenge The Status Quo

By Lamin Manjang Although women's rights have seen a significant positive change in the last decade, it remains a critical topic of conversation across various...
Read more

The Director, Regional Integration and Trade Division, Economic Commission for Africa (ECA), Stephen Karingi has called on African countries to mobilize funds and other...
Read more

Ageism Is A global Challenge — UN

Every second person in the world is believed to hold ageist attitudes – leading to poorer physical and mental health and reduced quality of...
Read more

The World Health Organization (WHO) together with the UN, specialised agencies and partners today called on countries to develop and implement action plans to...
Read more
- Advertisement -