The Palacio de Neptuno in Madrid rolled out the red carpet to welcome the 34 clubs that will participate in this season’s eLaLiga Santander, the official competition of EA SPORTS FIFA 20 in Spain. Javier Tebas, president of LaLiga, Nicholas Wlodyka, VP and general director of EA Sports FIFA, Felipe Martin, director of Sponsorships, Events and Social Media for Santander Spain and Cristina Burzako, director of Marketing, Communication and Creativity for Movistar Plus were all present at this ceremony, alongside representatives from the competition’s sponsoring and collaborating brands.

Presidents, CEOs and directors, among other figures from each of the 34 LaLiga Santander and LaLiga SmartBank clubs participating in this season’s LaLiga eSports competition, came to back their respective players in the partnership presentation and accompanied them when handing over the official shirts of each of the clubs.

For the start of this new season, some Spanish football clubs such as Real Zaragoza, Villarreal CF and Atletico de Madrid have joined forces with the experience and knowledge of the most recognized eSports clubs in Spain such as DUX Gaming, Qlash or Movistar Riders.

Javier Tebas, president of LaLiga, commented: “The involvement of clubs in this project, which started just three seasons ago, has been vital in its development and growth. With this competition, LaLiga aims to bring the positive values of football closer to people by committing to technological innovation and entering a digital world adapted to football”. In addition, he didn’t want to miss the chance to“stress the value of the participation of the brands that sponsor and collaborate, meaning that the official LaLiga eSports competition grows season upon season”.

Banco Santander, Allianz, Hyundai, Visa, Pull & Bear, PlayStation® Spain and Movistar are the brands of great national and international prestige that have decided to join LaLiga and the clubs on this great adventure, in addition to Electronic Arts (EA Sports), which has been the official partner of eLaLiga Santander for the last two seasons. 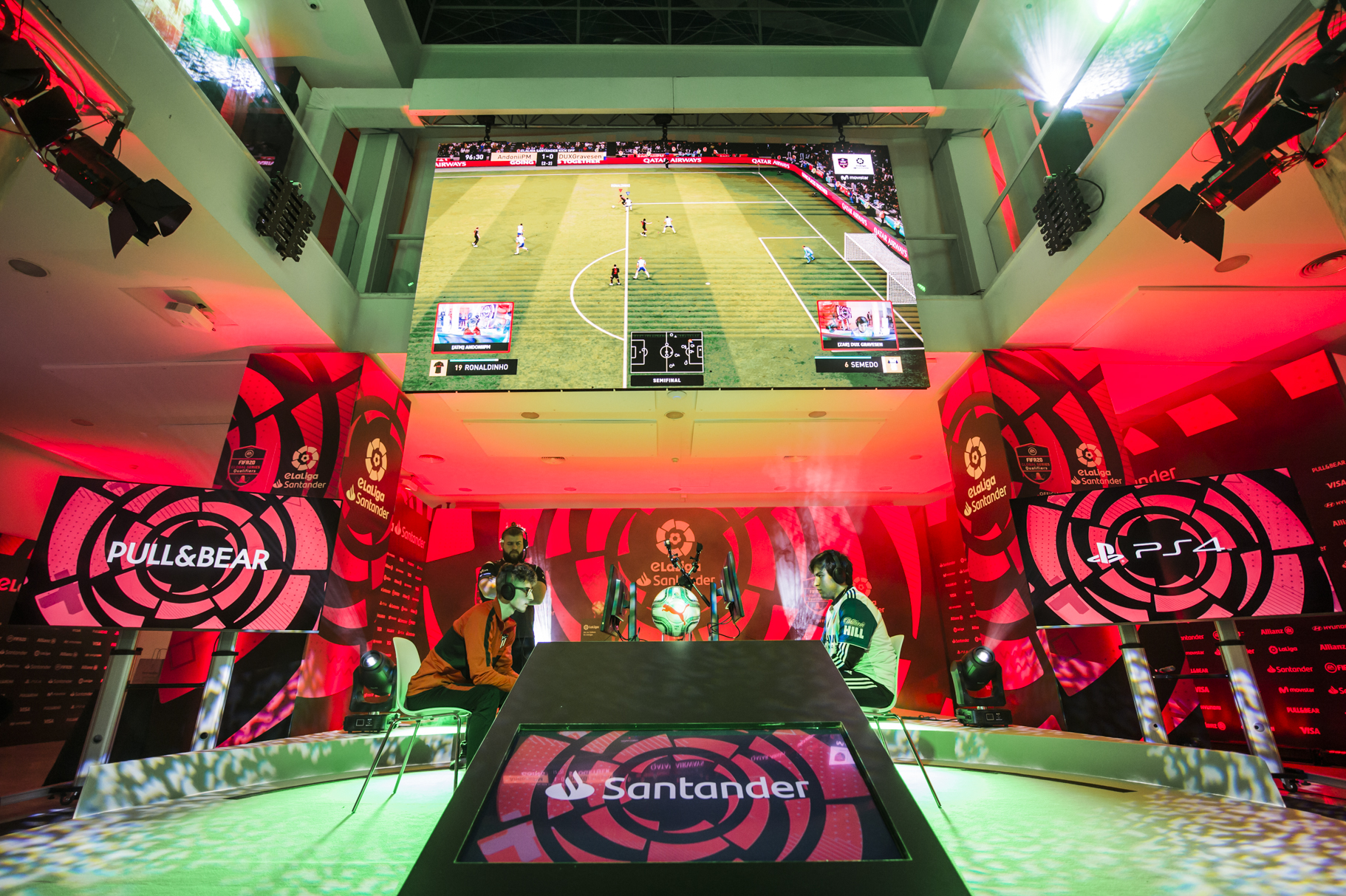 Nicholas Wlodyka highlighted the strategic alliance between two major brands such as LaLiga and EA, stating: “We see eSports and competitive games as a complement to traditional football and an opportunity for both LaLiga and us. Whether competing, being a spectator, or being both, eLaLiga Santander offers new ways for fans to enjoy football in a totally different environment,” he added during his speech.

As for Felipe Martin Martin, director of Sponsorships, Events and Social Media for Santander Spain, he noted that “this project allows us to unite two of Banco Santander’s great passions, football and technology. As for football, obviously, we are with LaLiga, among other competitions. On a technology level, it fits perfectly with our concept of Digilosophy, which is the Digital Philosophy of Santander, a concept which is about using technology for the benefit of people and companies. It is a philosophy where technology is at the service of people and not vice versa, ready to help solve day-to-day management in a quick and simple way, making life easier for our customers.” 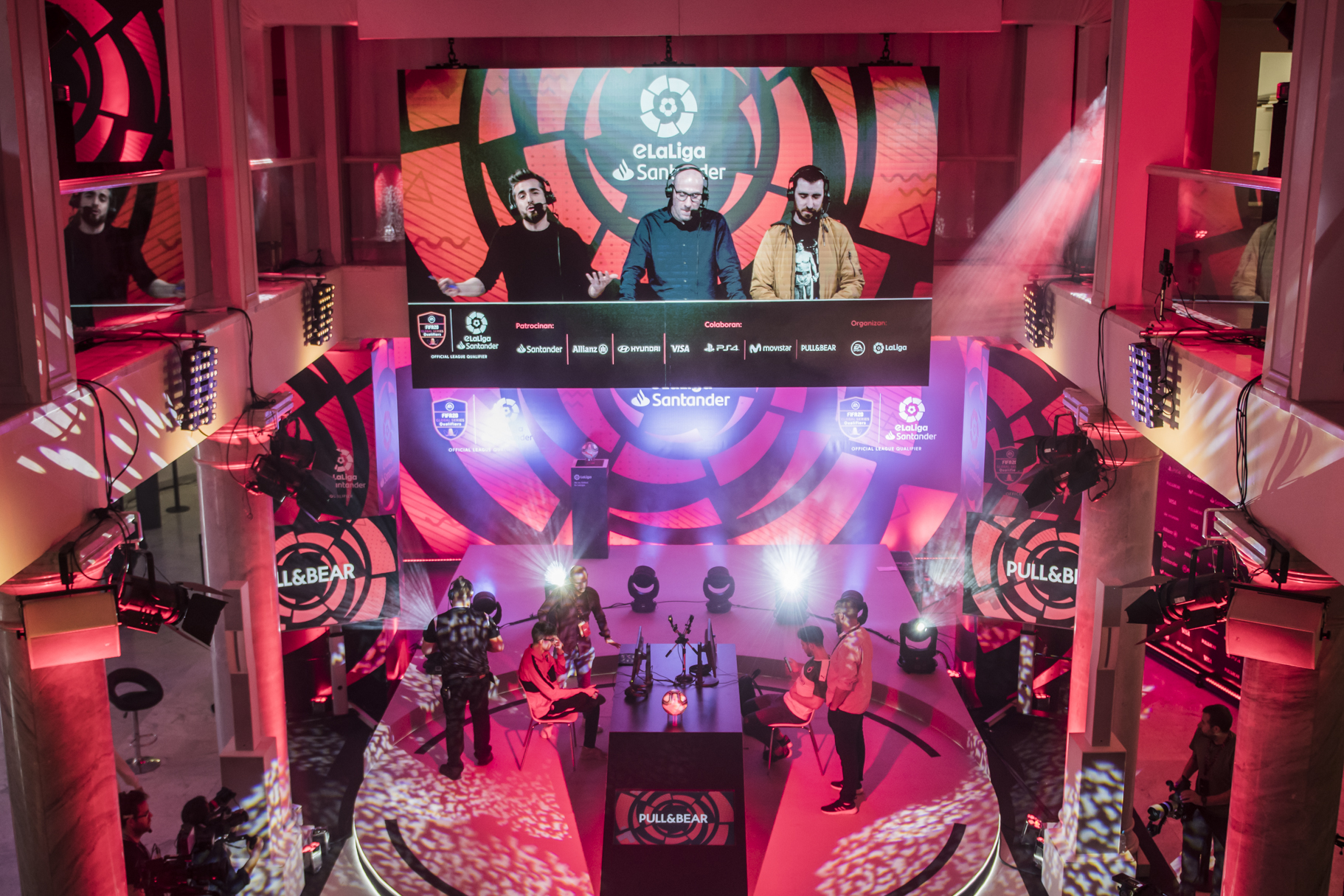 Cristina Burzaco, Director of Marketing, Communication and Creativity at Movistar Plus, also offered some words at the event: “You cannot ignore the phenomenon of digital competitions, which are becoming increasingly important. ELaLiga competition is a clear example. In just two years, it has grown to the point that there are now more than 30 teams from LaLiga Santander and LaLiga SmartBank including important clubs on the international stage, such as Atletico de Madrid,” she concluded. This year, with the incorporation of Movistar as a media partner, the competition will also be given further exposure over the course of the season.

Read Also:  How Technology Is Shaping The Future Of Quick Service Restaurants In Nigeria
Read Also:  THE NOSC ANNOUNCES CALLS FOR FEATURE FILM ENTRIES TO THE 93rd ACADEMY AWARDS®

The competition will start this afternoon at the Palacio de Neptuno with the first face-to-face tournament of this season, in which the 16 best drafts players of the 34 clubs that have been played over the last few weeks will participate.

The following competitive events will take place from 2 to 6 and 16 to 20 of March in the First and Second Online Tournament, where amateur players can also participate by registering on the competition website.

The 16 players who occupy the top positions of the leader board at this point will attend the Mid-Season face-to-face tournament on April 1, which will be hosted in the city of Barcelona. The Third Online Tournament will be played from April 13 to 16, to determine the 16 finalists who will head to Madrid for the Grand Final on May 9. On this day only one player will go up to collect the winner’s trophy of eLaLiga Santander 2019/20 and to take home the €40,000 prize, of the total €100,000 that will be distributed in this category competition.

All tournaments will be streamed through the competition’s own channels on YouTube (www.YouTube.com/eLaLiga) and Twitch (www.Twitch.tv/eLaLiga), and also through LaLiga’s Facebook Live page, LaLiga .com and LaLiga SportsTV.