On a comparative analysis, the revenue growth of CAP Plc was the second-highest during the Shares Outstanding (mn) period among its peers listed on the Nigerian Stock Exchange, queueing behind Meyer Plc who is currently undergoing restructuring. Based on revenue, the market share of CAP Plc increased 52-week low (N) by 200 basis points in FY’19, thus, underpinning its status as a market leader in the paints Trailing EPS (N) industry.

Consequently, gross profit rose by 9% year-on-year to N3.97bn in FY’19 from N3.64bn in FY’18, although gross profit margin remained unchanged at 47% during the period.

Operating expenses spiked by 37% year-on-year to N1.94bn in FY’19 from N1.41bn in FY’18. The major driver of the expenses increase was the selling and distribution expenses which grew by 123% to N584.24mn in FY’19. In our view, we believe that the surge in selling and distribution expenses resulted from the Company’s bid to remain competitive in the industry amid rising competition among other paint manufacturers, particularly Berger Paints Plc. During the period, marketing expenses alone grew by 189% year-on-year to N393.88mn in FY’19.

Although net finance income rose by 36% year-on-year to N425.63mn in FY’19 from N312.63mn in FY’18, it was not enough to entirely support the bottomline, as profit before tax declined by 2% year-on-year to N2.55bn in FY’19from N2.59bn in FY’18. In a similar trend, profit after tax declined by 12%. The steeper decline in profit after tax relative to profit before tax was owing to a higher effective tax rate for the Company FY’19. Effective tax rate stood at a normalised level of 30% in FY’19 compared to 22% in FY’18. There was no declaration of dividend as of the release of the unaudited results for FY’19. However, we estimate that a dividend payout of 98% will be declared by the Company. 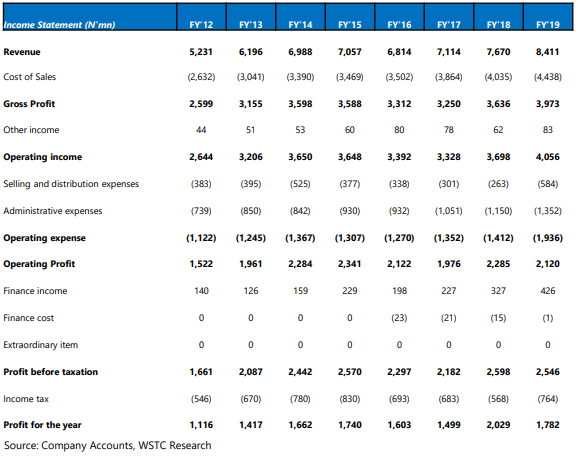 We expect the Company to consolidate its market leadership status to grow sustainably in the near to medium term, despite increased competition in the industry. Although we note the concentration risk the Company is exposed to (three customers contribute one-third of revenues), we also believe that the Company can manage revenue stability via long-term contracts and consistent improvement in product quality. We made provisions for the concentration risk in our valuation.

We valued the Company using a blend of Free Cash Flows, Dividend Discount Model and Residual Income Model; weighting the three methods by 40%, 40%, and 20% respectively. 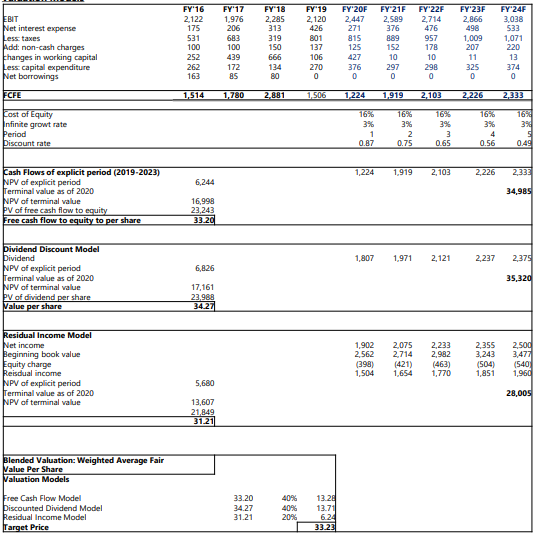 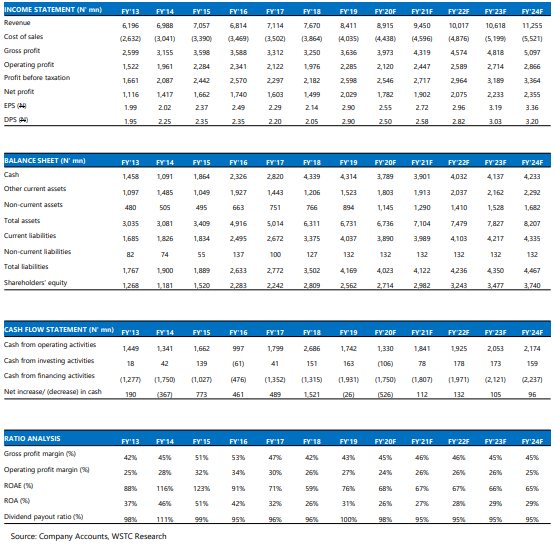