In line with the commitment to grow the Nigerian economy through the revival of agriculture as the major catalyst, the Central Bank of Nigeria (CBN), in partnership with Unity Bank and the National Cotton Association of Nigeria (NACOTAN), has flagged off distribution of Seeds/inputs supplies to Cotton farmers for the 2019 planting season nationwide.

The distribution of cotton input supplies to farmers is part of the Anchor Borrowers Programme, an Agricultural Development finance initiative of the CBN operated as an on-lending scheme with participating financial institutions packaged to channel financing support to beneficiaries in the Agric sector.

Unity Bank’s partnership and collaboration with CBN in flagging off this year’s input supplies distribution to cotton farmers to support wet season farming is in recognition of the Bank’s established pivotal footprints in Agriculture which has been well acclaimed in various awards received by the Bank, such as the Presidential award at the 3rd anniversary of ABP, CBN award on sustainable transaction in Agriculture, etc.

Still speaking, “what is most noteworthy is that while other banks basically concentrate on lending to the big value end of the agriculture value chain such as the flour and rice millers, Unity Bank does not leave out the smallholders farmers who are in primary production”.

In confirmation to the above, an analyst in his assessment stated that Unity Bank has brought in a critical mass of farmers, hitherto unbanked, to benefit from various sources of funding, such as credit lines to input suppliers and service providers, areas others may have considered unattractive.

According to the analyst, “Unity Bank’s involvement in the ABP has thus created huge social and economic impact on the income of households involving over 500,000 participating small-holder farmers, thereby boosting not only the Gross Domestic Product and reducing unemployment but also helping to end the perennial dissipation of scarce foreign exchange to import food”.

Mr Anibe Achimugu, the National President of NACOTAN, said the Unity Bank/CBN programme would assist the association in sourcing the right seeds to be delivered to cotton farmers at the right time.

He also said that the association produced estimated seed cotton of between 60,000 and 80,000 tonnes in 2018, hoping that this figure will be surpassed in 2019.

Achimugu listed some of the challenges facing the association to include poor seeds, poor timing or delivery of input, inadequate extension services, poor training and guidance. All these he believes would be addressed through the participation with CBN and Unity Bank. 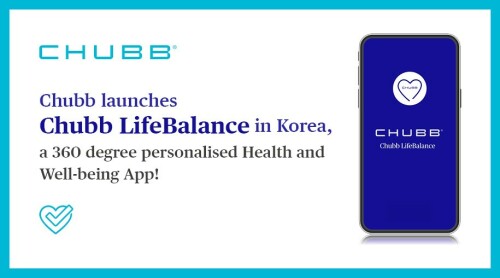 Chubb LifeBalance comprehensively assesses the lifestyle of users and provides a holistic view of health to help them to objectively measure and manage their own health condition.

Once users set their personal goals within the app, such as walking 5,000 steps a day, reducing snack consumption, and establishing a meditation and/or sleep routine etc., the coaching functionality starts to monitor and encourage the users to achieve their goals.

Chubb LifeBalance tracks and records over 115 different activities—including yoga, swimming, boxing, and meditation, and lets users invite their friends and family to join challenges and compete in these activities together. It connects with a full range of health devices and other apps such as Fitbit, Strava and Garmin.

Based on over 2,500 clinical papers and years of clinical data collected from over 300 million people, reputable teams from the Massachusetts Institute of Technology (MIT) USA participated in building a credible health score system behind the app so that users can effectively monitor their overall health and well-being.

The health points, based on activities and goal achievements set on the app, can be exchanged for mobile vouchers at various coffee shops, gas stations, and grocery stores to enjoy varied benefits. These are only available as exclusive incentives to existing Chubb customers.

Edward Ler, Country President of Chubb's general insurance business in Korea said, "Chubb LifeBalance was created to offer more advanced and personalized health and well-being services for the customers in Korea who lead busy lifestyles. We believe Chubb LifeBalance will help our customers strive towards a sustainable and balanced lifestyle."

The app is currently available on the Google Play Store and Apple App Store.

Chubb is the world's largest publicly traded property and casualty insurance company. With operations in 54 countries and territories, Chubb provides commercial and personal property and casualty insurance, personal accident and supplemental health insurance, reinsurance and life insurance to a diverse group of clients. As an underwriting company, we assess, assume and manage risk with insight and discipline. We service and pay our claims fairly and promptly. The company is also defined by its extensive product and service offerings, broad distribution capabilities, exceptional financial strength and local operations globally. Parent company Chubb Limited is listed on the New York Stock Exchange (NYSE: CB) and is a component of the S&P 500 index. Chubb maintains executive offices in Zurich, New York, London, Paris and other locations, and employs more than 30,000 people worldwide. Additional information can be found at: www.chubb.com.

The Central Bank of Nigeria (CBN) on Tuesday, 29th September 2020 launched the Framework for Advancing Women's Financial Inclusion in Nigeria. The Launch which took...
Read more

In his reaction to the popular CBN fund earmark to boost food security in Nigeria, Seasoned entrepreneur and Politician Olanrewaju Michael George (OMG) has...
Read more

FGN Bonds We also saw little action on the 2045 bonds, with trades executed around 11.65% ahead of supply from the bond auction. Consequently, yields...
Read more
- Advertisement -