The United Bank for Africa (UBA) last Friday, officially added a new touchpoint to its network. UBA operates in 20 African countries and in the United Kingdom, the USA and France. The new branch in Afriland towers on the Lagos Island was commissioned by the Executive Governor of Lagos state, his Excellency Mr Babajide Sanwo-Olu and the Chairman of UBA, Mr Tony O. Elumelu. 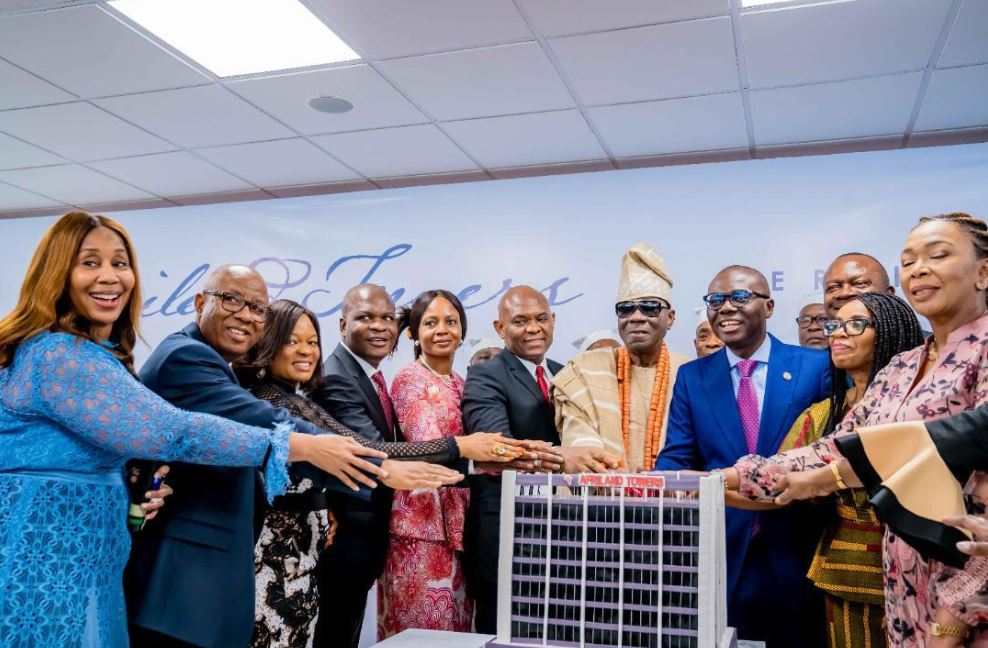 The Governor who congratulated the UBA management and Afriland for the beautiful edifice said the bank has remained a principal stakeholder in the development of Lagos, constantly creating jobs and opportunities for Nigerians. 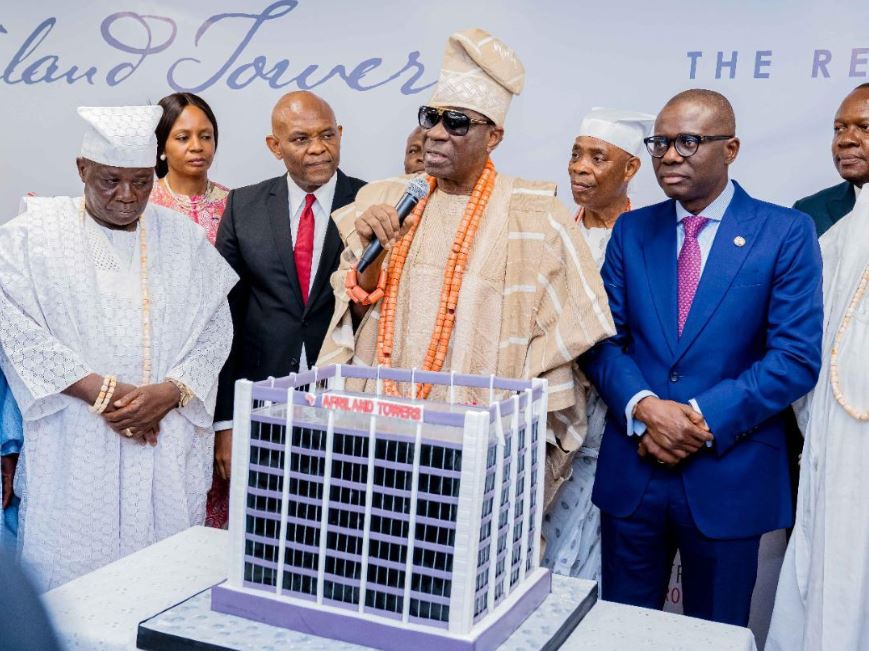 The Chairman, UBA Group, Mr. Tony Elumelu, who received the Governor as well as the Oba of Lagos, Oba Rilwan Akiolu expressed gratitude to every other guest who took time off their busy schedules to grace the event. 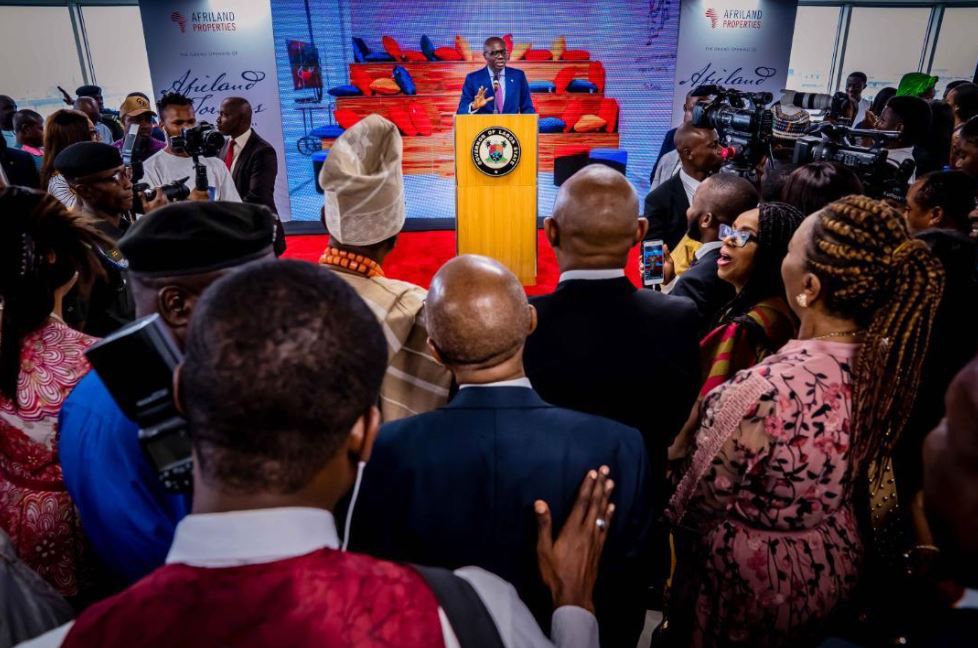 He explained that the project to build the new business office in Afriland towers was borne out of the need to solidify past successes recorded by the bank, as well as create new vistas for the growth of businesses. He explained that Afriland properties, developers of Afriland Towers are set to develop new projects aimed at catapulting Lagos into the state of excellence. 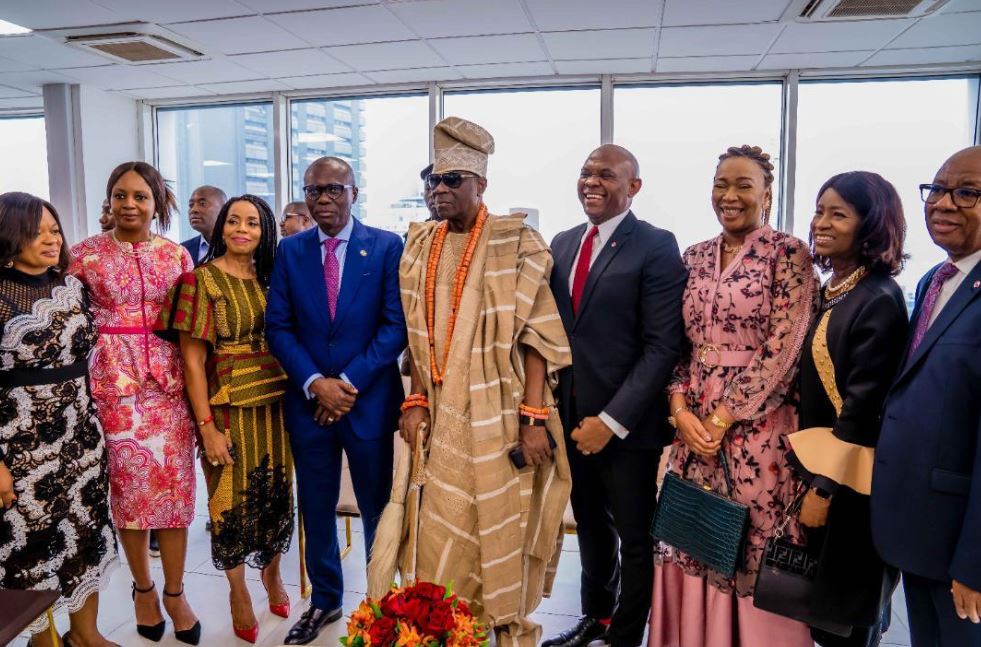 He said, “It is interesting to note that Afriland has been developing some iconic properties, and today is a wonderful and joyous moment to see that this building which has a lot of rich history, is back to life. We call it the rebirth, and we appreciate all the planning that has gone into the creation of this beautiful and clean world-class masterpiece’. Elumelu hinted at plans of Afriland to develop more iconic properties in the near future, adding that given its expertise and its pedigree, the people of Lagos were in for a huge surprise. 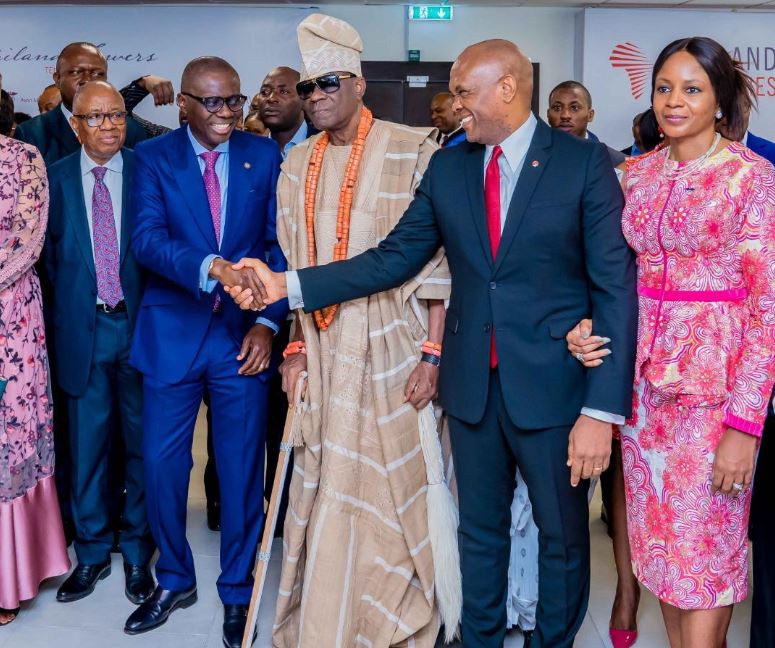 Elumelu said, “Indeed, this is just a tip of what we want to do at Falamo in Ikoyi. We are going to develop a world-class integrated complex at Falomo, and everyone will be pleased with the outcome.

On his part, the Lagos State Governor, congratulated UBA and Afriland on the major feat of developing a beautiful edifice such as Afriland, adding that  Tony Elumelu is known for coming up with great ideas that boost employment opportunities for Nigerians. 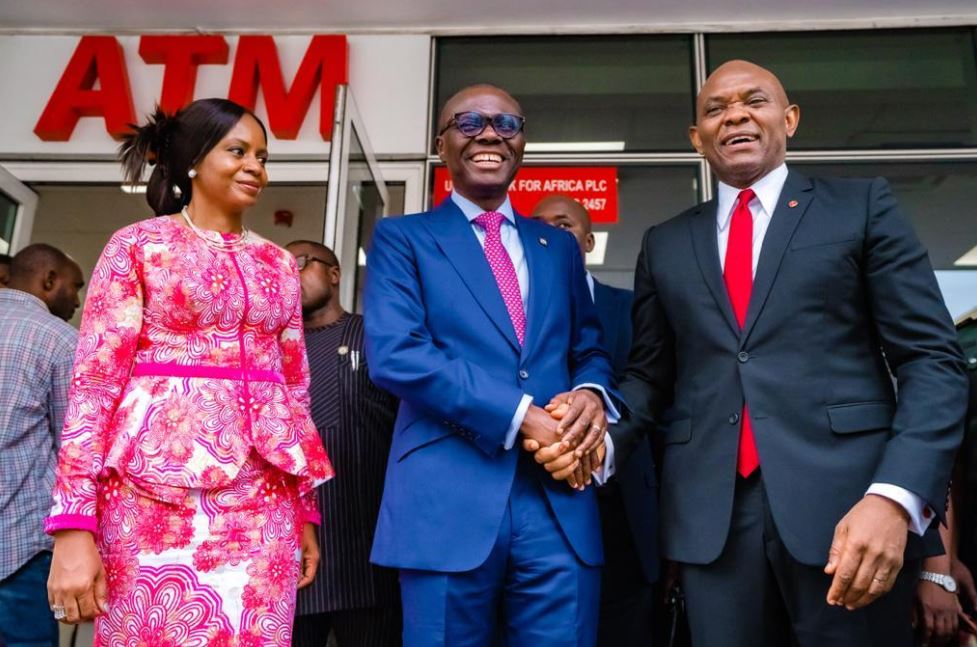 He said, “This is a historic event today and it is a great honour to be here to see the kind of possibilities that can be achieved when you set your mind to it, and what you can turn an un-earning asset into. It is very interesting to note that that this house, formerly called the Raymond House has a rich history, and this is quite nostalgic for me because like some of you may know, I used to work with UBA and this place was the head office where everyone wanted to be because everything happened here. I’m happy to know that it has such a rich history dating back to over a century ago.

Continuing Sanwo-Olu said, “I want to commend you and I am happy that Afriland has turned this into a very beautiful and modern 21st Century building with a high level of detail, and beautiful structure. In fact, I call it a work-life like environment – this is what it should be, coming to an environment that caters for you in all areas and for your healthy living.”

While stating that the building was bringing back the old glory of Lagos, the governor added that it will put plans in motion to use the Afriland template to develop some of its old buildings.

“We plan to rebuild some of our old structures in Lagos state such as the old Oluwole market, the children’s hospital at Martins Street, among others. We will also be building a cable car project into Lagos Island and all the buildings that have gone down will be rebuilt to meet up with international standards that Afriland has shown us here today,” Sanwo Olu added.

The Oba of Lagos, who congratulated UBA for continuing to contribute positively to the economy as a financial institution that cares about the communities in which it operates.

The Managing Director, Afriland Properties, Uzo Oshogwe, gave a brief history of Afriland Towers, noting the former Raymond House was built in 1886. She added that the rebirth of the Towers showed that the company believed in the potential that could be achieved at the edifice.

The new ultra-modern Afriland Tower Business Office is equipped with state – of – the art facilities, designed to ease banking transactions for its visitors. Facilities provided in the new office include ATM galleries amongst others.