Financial technology, or fintech as it has come to be known, gets a lot of attention for its extraordinary potential to change lives and change economies. Fintech can help ordinary people access financial products securely and efficiently while boosting countries’ economic growth.

In Malaysia, where annual economic growth has averaged just under 5 percent over the past five years, fintech is a part of everyday life. It is rapidly becoming a central part of the country’s financial sector, with considerable promise for expansion, according to new IMF analysis.

With its growing middle class, high mobile phone penetration rates, and strong government support for the digital economy, Malaysia is well situated to take advantage of fintech innovation. From mobile wallets and electronic payments to crowdfunding and “insurtech” (the combination of insurance and technology), Malaysian businesses and consumers appear ready to embrace the technology.

Internet banking in Malaysia has quadrupled in the last decade, topping a 90 percent usage rate in 2018. Mobile banking is also booming, supported by near-universal 4G network coverage, affordable data, and 5G is in the works. It’s no coincidence the World Economic Forum’s 2019 Network Readiness Index ranked Malaysia high among the 139 countries surveyed—ahead of Italy, China, and Chile—and first among countries in emerging and developing Asia. 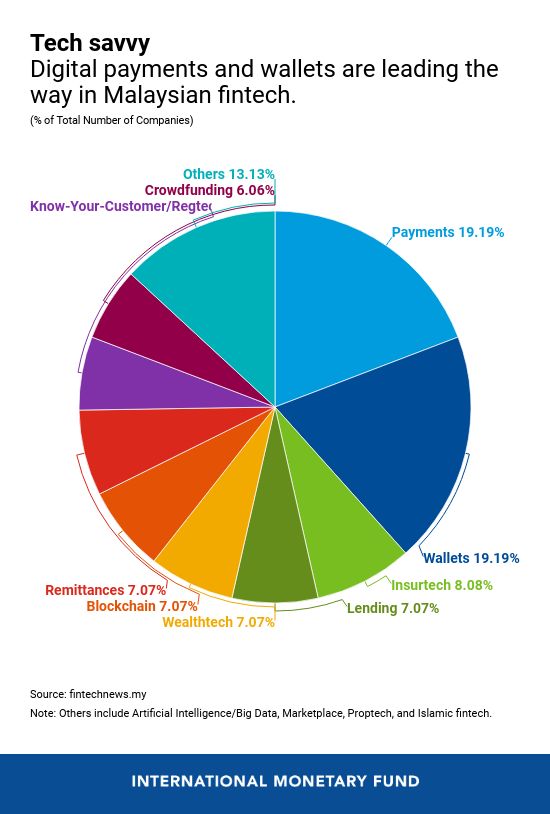 The most commonly used forms of fintech in the country are digital payments and mobile wallets, followed by “insurtech,” lending, digital remittances, blockchain, crowdfunding, electronic Know-Your-Customer processes, and other forms of financial technology.

Developments in Malaysian fintech are altering the country’s financial sector landscape. For example, while fintech products offered by traditional financial institutions expand, the number of physical commercial bank branches is declining, and the number of automated teller machines has fallen over the last two years. Traditional Malaysian banks continue to dominate in deposits, lending, and raising capital while, at the same time, adopting new technologies and either competing or collaborating with new tech startups. As of April 2019, there were close to 200 startups in Malaysia in a range of fintech areas, including payments, lending, and blockchain.

Read Also:  General beliefs on Everyday things we use that are not true
- Advertisement -

Of course, the rapidly evolving technology—alongside new consumer habits—is not without risk or challenges. Malaysia has been a leader on regulations to ensure that the financial system remains safe amid the possibility of cybersecurity incidents. Well aware that cyberattacks can undercut customer confidence and inflict widespread damage, Malaysian banks and regulators list cybersecurity among their issues of top concern.

Additional challenges to future fintech growth in Malaysia, for both financial institutions and new fintech businesses, include a shortage of talent in key tech areas like data analytics and machine learning, regulatory burdens, and access to funding.

Rapid vaccine rollout in the United States and passage of its $1.9 trillion fiscal stimulus package have boosted its expected economic recovery. In anticipation,...
Read more

Fintech In Nigeria: Untapped Opportunities Emerging From The Pandemic

Overall demand for financial products has shifted significantly during the COVID-19 pandemic. Notably, demand for insurance and investment products grew the most. Back...
Read more

In the just concluded week, the International Monetary Fund (IMF)’s Executive Board released the report of their assessment of the 2020 Article IV Consultation...
Read more
- Advertisement -