Lagos Is A Country

Known for its traffic snarls and entrepreneurial dynamism, Lagos is a megalopolis with mega-needs.

Nigeria’s smallest state is also it’s most populous. The country’s top economic performer, Lagos is bursting at the seams as more people arrive in search of opportunity, creating demand for roads and electricity, amongst other things.

Long seen as a bastion of the opposition, Lagos has not received the investment that it needs to grow in a well-planned way, despite the fact that it generates more tax revenue per capita than any other Nigerian state.

Lagos’s population swelled to more than 20 million in 2019. This number is projected to double by 2050, and the megacity problems could equally double.

Babajide Sanwo-Olu of President Muhammadu Buhari’s All Progressives Congress (APC) became governor of Lagos State in May 2019. With Lagos sorely needing solutions to combat its infrastructure problems, he unveiled the Lagos Innovation Master Plan and also announced an N250m ($685,000) tech fund for research and development in the state in December 2019.

The master plan seeks to make Lagos a ‘smart’ city and to provide the foundation for the growing tech sector based in Yaba to grow. 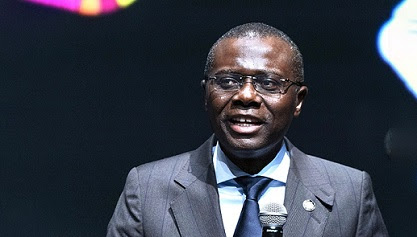 In his 2019 inauguration speech as Lagos State governor, Babajide Sanwo-Olu named transportation, power, health and education as priorities for his term. As part of its plan to increase commuter options, Sanwo-Olu’s government has announced that the first phase of the light rail network will be operational in 2021.

Bids for the long-touted 38km-long 4th Mainland Bridge to connect both island and mainland districts also opened in December 2019. But experts say the government still needs to take innovative approaches to address the major infrastructural challenges.

A sixth, 12MW one was switched on at the Lekki Free Trade Zone. Keen to make his own mark, Akinwunmi Ambode set up the Light Up Lagos initiative, which did little to boost the state’s electricity situation.

His successor has announced plans to resuscitate that initiative, beginning with a proposed partnership with Siemens and the expansion of another IPP. More IPPs could emerge, powered by Lagos’s own mini-grid using pipeline gas supply, now that it has discovered oil and gas deposits.

However, despite all its predilections for grandeur, Lagos has no proper sewage, drainage or mass transit systems, triggering complications during floods and traffic surges. Unlike the Pretoria-Gauteng metro service in South Africa, there is no interstate rail connecting the metropolis with satellite towns and the city of Ibadan, 129km away.

There is a running joke that a Lagosian can land in London after a six-hour flight at the same time it takes his neighbour to go across the mega-city on a Friday evening.

With tony projects like Eko Atlantic adding space to the city for the country’s richest inhabitants, Lagos’s poorer citizens argue that they are being sidelined in the city’s modernisation plans. So far, Sanwo-Olu has followed in the footsteps of his predecessors.

This January, a team of naval personnel and soldiers evicted residents of the popular Tarkwa Bay beach community. It was the latest round of recurring evictions since the 1990 exercise in the shantytown of Maroko, part of what is today’s highbrow Oniru and Lekki neighbourhoods.

The communities provided shelter for low-income earners grappling with survival in the absence of state housing programmes. Lagos has not had an efficient public housing policy since the Lateef Jakande administration (1979-1983).

Jakande, who was also a former housing minister, supervised the building of over 30,000 housing units, mostly low-cost estates. He also initiated a metro line project that was halted by the military government that came to power in the 1983 palace coup, headed by a certain Muhammadu Buhari.

Sanwo-Olu also recently banned the use of the ubiquitous okada motorcycles and tricycles, which rose as stop-gap solutions to the endless traffic jams and dysfunctional mass transit system. This, despite public meetings with representatives of various ride-hailing start-ups.

“Both the federal and Lagos state government since 1999 have governed using a business/neoliberal model, forgetting that over 60% of the population live below the poverty line,” says Taibat Lawanson, associate professor of urban regional planning and co-director of the Centre for Housing and Sustainable Development at the University of Lagos. “The only one urban planning solution that comes to mind in which both poor and middle-class Lagosians in many parts of the city have been able to benefit is the BRT [Bus Rapid Transit] system, though it has been plagued by many challenges.”

“Lagos can’t become a mega-city by violently displacing the poor,” concurs Ugochukwu Ikeakor, a Lagos-based policy analyst. “Very soon Lekki will turn into Apapa [with the same chaos]. All thanks to Dangote refinery. We don’t have a rail line that works, our roads are in a terrible state. Lagos is a dysfunctional city and it’s not the fault of the urban poor.”

The plans for the mega-refinery highlight the need for joined-up planning at the state level so that companies and workers both have the infrastructure they need.

Since the return of democracy in 1999, Lagos has effectively been ruled by the same party – the APC, its current iteration, evolved from the Action Congress of Nigeria (ACN) and Action Congress (AC). Ahmed Bola Tinubu, a political godfather and current APC national leader, won two terms between 1999 and 2007 before supporting a series of protégés as his successors.

Babatunde Fashola, now minister of works and housing, is seen as the brightest of them all. He initiated a series of projects in a bid to keep crime low during his tenure as governor (2007-2015). One publication labelled him ‘the man who tamed Nigeria’s most lawless city’.
But even he fell short in some areas: a $1.2bn, seven-line light rail project originally conceived under Tinubu in the early 2000s and initiated early in Fashola’s second term remains unfinished.

Transport commissioner Frederic Oladeinde says that more alternatives are needed: “Building more roads will not solve our problems because people will continue to buy new cars; the solution to our problems is creating more options.”

Bureaucratic and other hurdles often stop projects from making progress. With his exit already on the cards, Akinwunmi Ambode, who had built a number of overhead bridges and intrastate access roads during his tenure (2015-2019), invited President Muhammadu Buhari to cut the ribbons for the 10-lane road to the international airport and a multi-level transport interchange just after the elections, even though both projects were still under construction.

It was the president’s second visit in a year, after the commissioning of a mega bus terminal, which has scarcely been used since.

Since Fashola’s exit as the state’s chief executive governance standards have slipped. Ahead of the 2015 general elections, party supporters were convinced that if both Lagos and Abuja could be held by the same ruling party for the first time since the return of democracy in 1999 it would be an alignment for accelerated development.

Fashola was named infrastructure minister in Buhari’s cabinet but that has failed to translate into major projects benefiting Lagos.

His gubernatorial successor Ambode’s legacy was tarnished by the spectacular fumbling of sanitation in the mega-city after awarding a multi-billion naira contract to untested company Visionscape.

It was one of a list of unforgivable sins that led party elders to rally the troops around Sanwo-Olu, another Tinubu protégé, at the party’s primaries, leading to the incumbent’s defeat.

Since Ambode lost the governorship primaries in 2018, Visionscape has been forgotten, replaced by the Lagos Waste Management Authority and its Private Sector Participation operators. But the mountain of filth in Lagos will take a while to clean up.

By Eromo Egbejule in Lagos