Shareholders of Nigeria’s foremost brewer – Nigerian Breweries Plc, have approved a total dividend of N16.1 billion for the year ended December 31, 2020. This was at the Company’s 74th Annual General Meeting (AGM) which held in Lagos on Tuesday, June 23, 2020. The total dividend translates to a dividend per share of N2.01 per share.

Speaking at the AGM, the Chairman of the Company, Chief Kola Jamodu, CFR disclosed that the Company had earlier paid an interim dividend of N3.99 billion, that is, 50 kobo per share, in December 2019, and that the final dividend will, therefore, be N12.1 billion, which comes to N1.51 per share which would become payable on June 24, 2020. 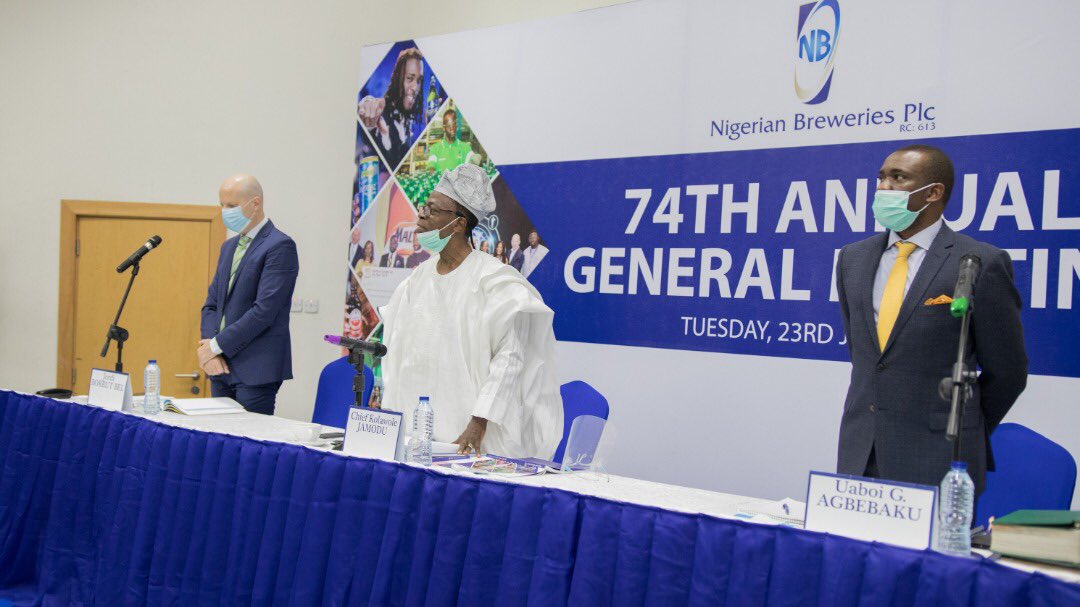 A breakdown of the Company’s results for the period revealed that it recorded net revenue of N323 billion as against N324.4 billion recorded in 2018. Chief Jamodu explained that some of the factors that impacted on the Company’s performance in 2019 were inflation at a double-digit rate, increase in input cost and the further rise in the Excise Duty rate which could not be passed to the consumer due to continued pressure on purchasing power. The business was nevertheless able to post a positive Profit After Tax of N16 billion for the year due to a series of innovations and implementation of cost efficiencies. 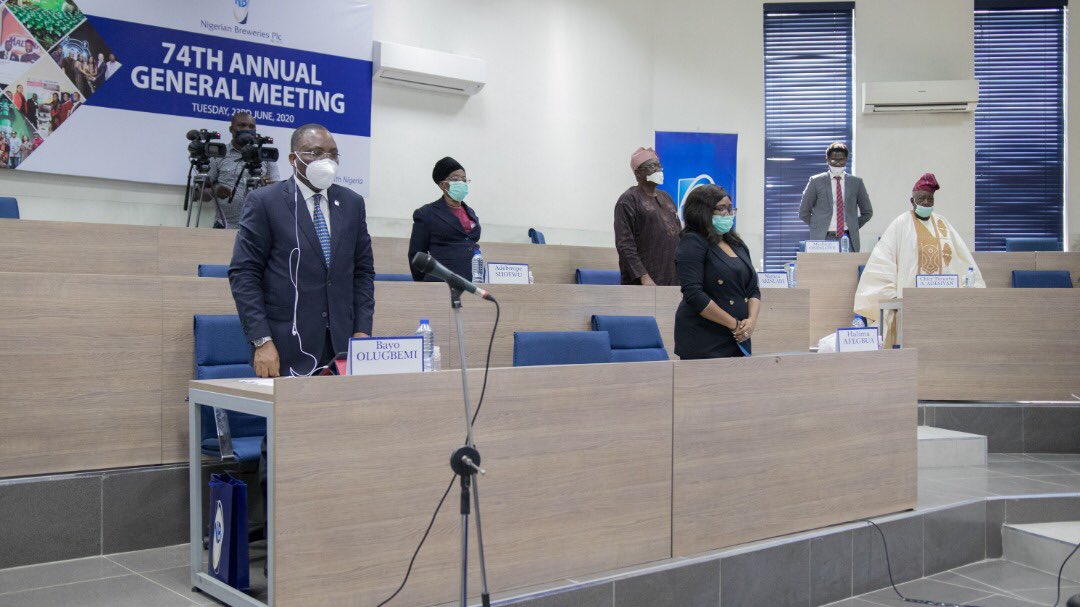 Shareholders present commended the Board and Management of the Company for being resilient in the face of the challenging operating environment and appreciated the dividend payment which was coming at the right time in view of current economic realities. The Shareholders further commended the Board for ensuring that investors continued to get returns on their investment in the Company. They equally urged the Company not to relent in looking at innovative ways to improve on its performance thereby ensuring that it remains ahead of the pack. 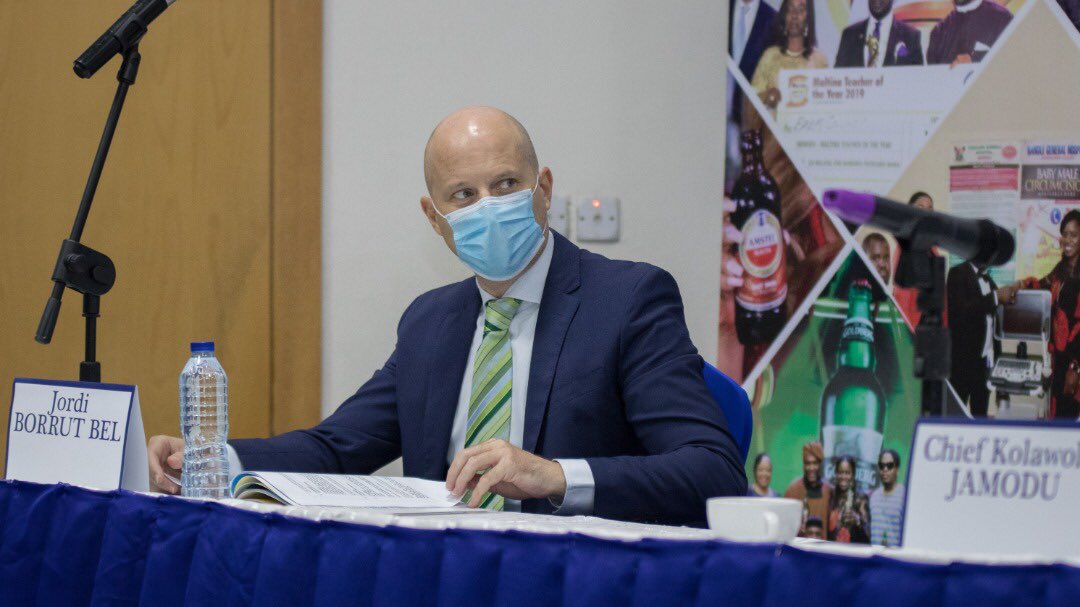 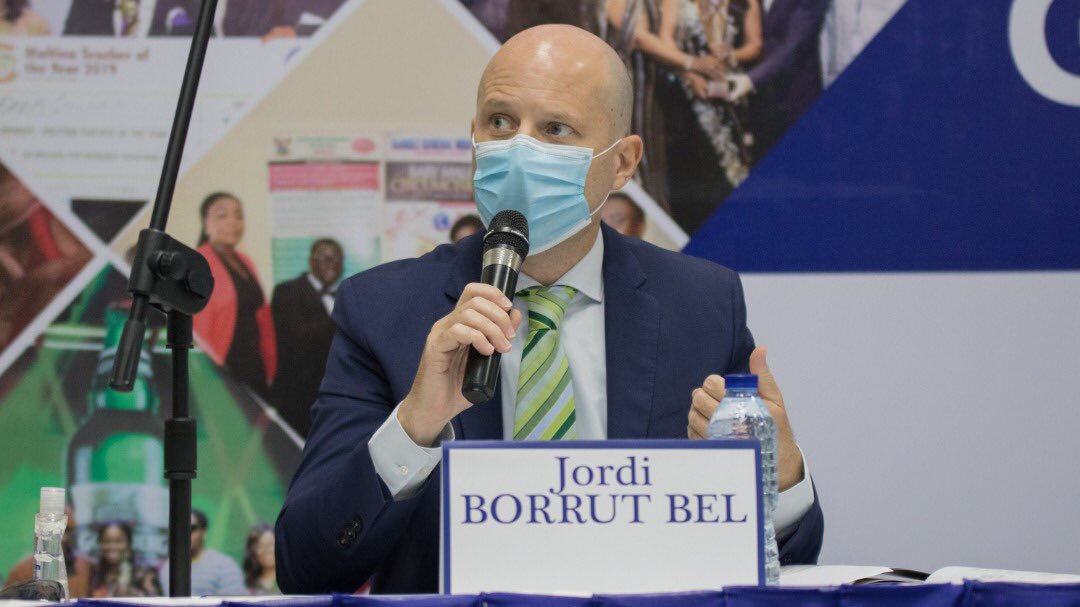 While thanking the Shareholders for their commendation, suggestions and overall support, Chief Jamodu assured them that the Company remained focused on delivering long term sustainable value to its shareholders in line with its philosophy of ‘Winning with Nigeria’.

The AGM was a unique one as it was held with only a few Shareholders present representing and acting as proxies for the majority of others, in compliance with Government’s restrictions on public gatherings due to the COVID-19 Pandemic. It was also the first time that the AGM was streamed live enabling other shareholders to follow the event.

FBN Holdings Plc (“FBNH” or “the Company”), has announced the injection of 25billion Naira equity capital into its commercial...
Read more
Transportation

Throughout August, British Airways is resuming flying to more destinations, albeit with continued low frequencies while the impact of Covid-19 remains felt across the...
Read more
Business & Economy

In the first half of 2020, Heineken's markets and businesses were materially impacted by the COVID-19 pandemic. Given the unprecedented nature of the situation,...
Read more
Business & Economy

Hospitality firm, Ikeja Hotel Plc has witnessed a decline in its earnings for the first six months of the year, ended June 30, 2020. This...
Read more
Business & Economy

Shoprite is exiting the continent's most populated country, Nigeria, after 15 years of operation. The retail giant initiated a formal process to consider the...
Read more
- Advertisement -