Lagos State Government has produced solar-powered kiosks that would ensure easy and effective market access for farmers, agripreneurs and stakeholders in an eco-friendly manner.

The State Acting Commissioner for Agriculture, Ms. Abisola Olusanya, who made this known over the weekend while on an inspection tour of the Ministry’s facilities at Oko-Oba, Agege, noted that the kiosks would be distributed at next Value Chain Empowerment Programme of the State Government later this month. 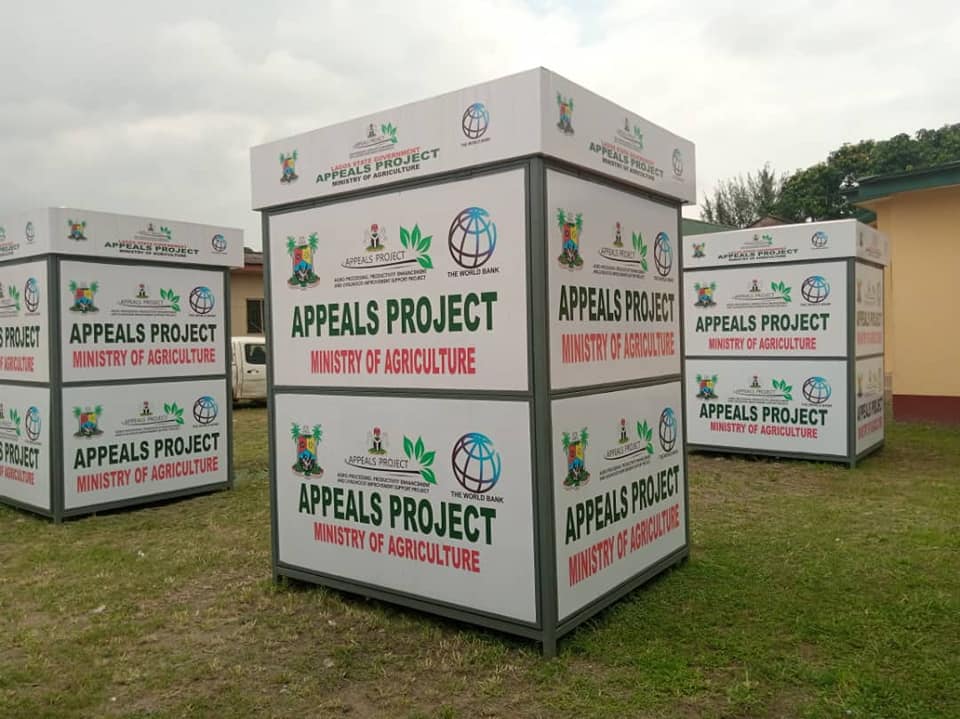 She explained that the solar-powered kiosk is a self-functioning system which not only produces its own energy but also, additional energy to charge other products, making it essentially environmental friendly. 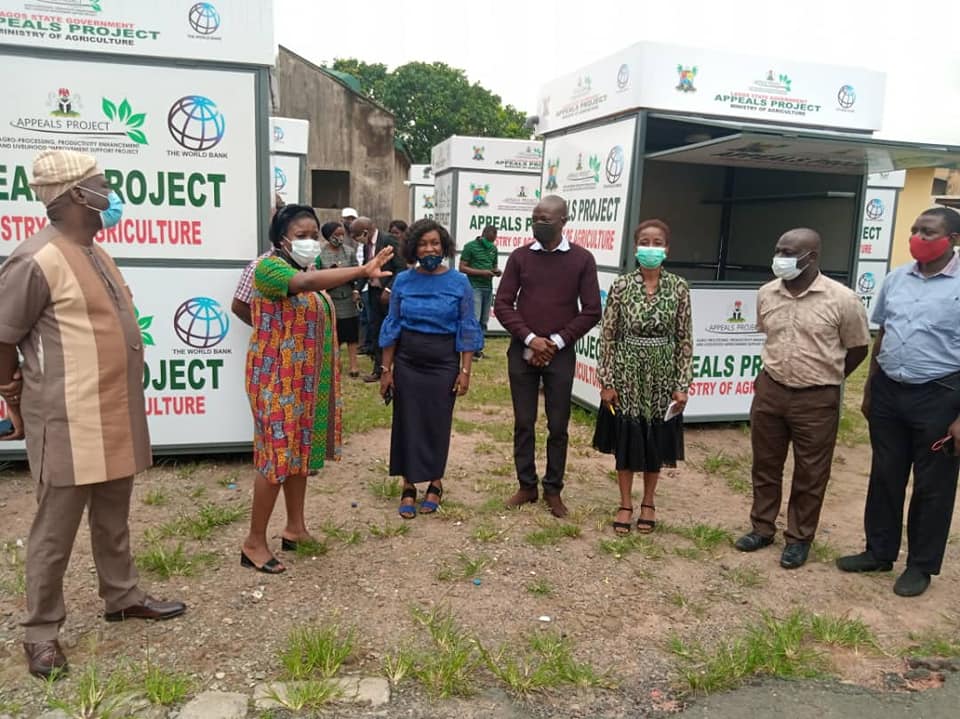 According to her, the solar-powered kiosk was the brainchild of the World Bank Assisted Agro-Processing, Productivity Enhancement and Livelihood Improvement Support (APPEALS) Project whose core interventions are food security, agro-export potentials and livelihood improvement. 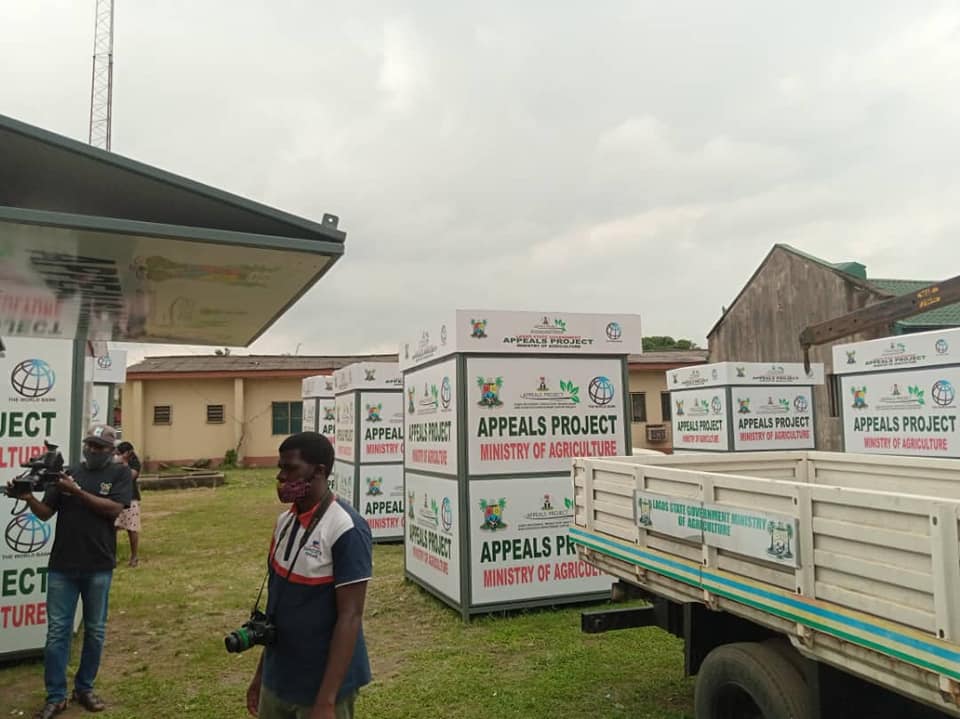 In her words: “The APPEALS Project, which is being spearheaded by our Programmes Coordinator under the World Bank Assisted Programme, has continued to put Lagos State on the map. They have made some kiosks, solar-powered which we have come to see and inspect. The kiosks are supposed to aid our value chain empowered programme, which is taking place this July, to see how that can also help our stakeholders in the value chains”. 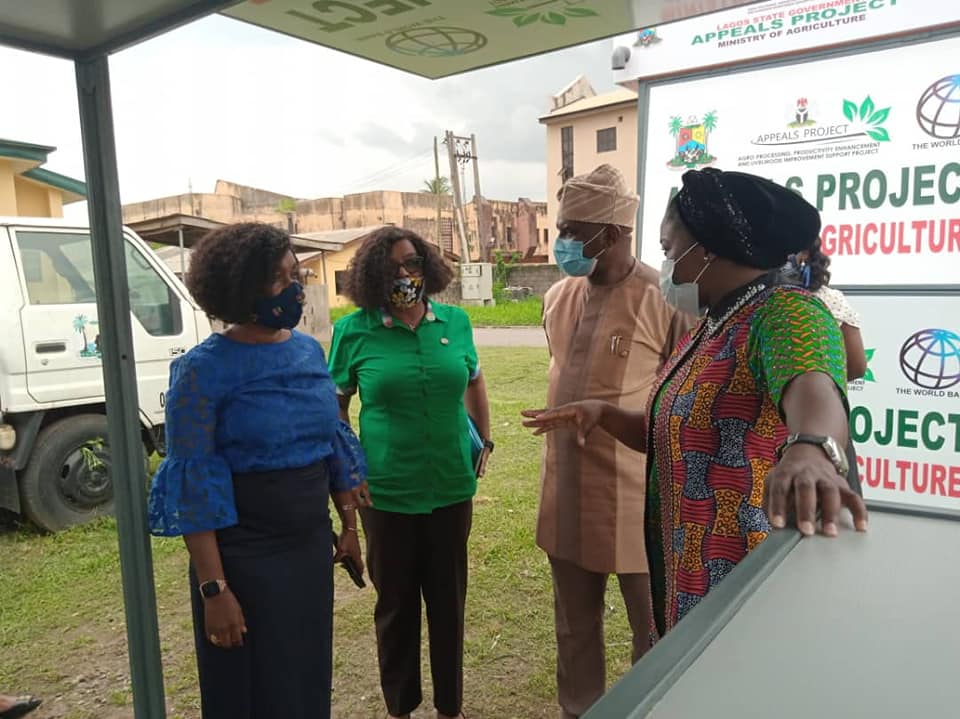 Olusanya asserted that the kiosks are potential revenue earners and savers for small businesses, especially farmers with perishable food, as the kiosks would help them keep their businesses open for a longer period than they would have if there was no means of electricity.

She disclosed further that the kiosks, in addition to producing renewable energy, would also dispense clean energy while excess power is distributed through the main grids, thus allowing for charging of other devices such as refrigerators and other gadgets.

The Acting Commissioner also visited the LASCODA coconut seedlings production project site at Oko-Oba, Agege to assess the progress made so far in the production of urban-friendly coconut seedlings for distribution to the 57 Local Governments and Local Council Development Areas for the Year 2020 Tree Planting Day.

She said, “At the Farm Service Centre, we went to see the activities of the Coconut Development Authority, with the initiative of the tree planting exercise which is to commence on July 14th. The idea at the beginning of the year was to plant over 114,000 coconut trees”.

“For that to happen, seed nuts were procured, planted and in a space of six to nine months, we should have seedlings that we would be able to distribute to our 57 Local Governments and Local Council Development Areas across the State. The essence of this exercise is first and foremost to see how far we have gone in that direction and then to see what else needs to be done to ensure that the initiative is brought to fruition,” Olusanya averred.

FBN Holdings Plc (“FBNH” or “the Company”), has announced the injection of 25billion Naira equity capital into its commercial...
Read more
Transportation

Throughout August, British Airways is resuming flying to more destinations, albeit with continued low frequencies while the impact of Covid-19 remains felt across the...
Read more
Business & Economy

In the first half of 2020, Heineken's markets and businesses were materially impacted by the COVID-19 pandemic. Given the unprecedented nature of the situation,...
Read more
Business & Economy

Hospitality firm, Ikeja Hotel Plc has witnessed a decline in its earnings for the first six months of the year, ended June 30, 2020. This...
Read more
Business & Economy

Shoprite is exiting the continent's most populated country, Nigeria, after 15 years of operation. The retail giant initiated a formal process to consider the...
Read more
- Advertisement -