Continued exposure to lead particles will inherently end up causing a bunch of health issues that you can easily learn more about by visiting a site like Check4Lead, the CDC or the Mayo Clinic that all have great articles on the topic, yet exposure to this dangerous heavy metal is significantly more prevalent in developing countries.

Are the various countries doing anything about it? The answer to that question is a resounding yes, but whether or not they are in fact doing enough, that’s an entirely different question. 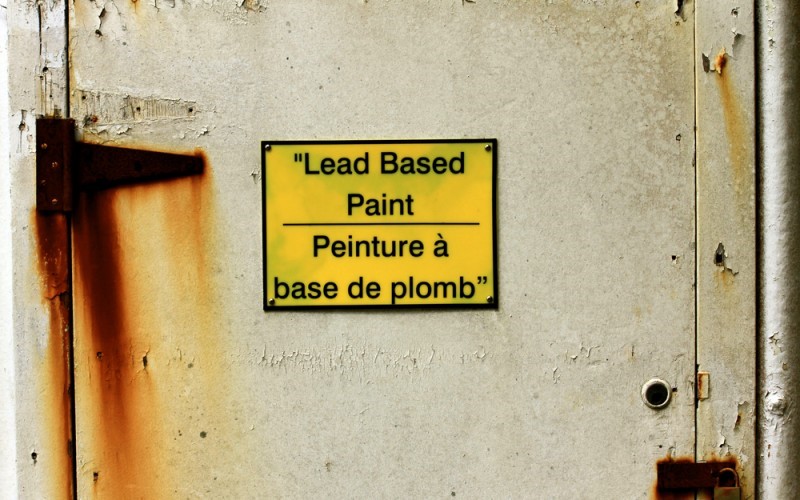 The reality of the matter is that more than 90% of children in a province in South Africa tested having more than the limit set in the US, and although the article was published a long time ago, it was still at a point in time where residential lead paint had been banned for roughly 18 years in the United States.

Unfortunately, developing countries are still taking the various initiatives required in order to limit lead exposure, but the reality is that they still have a very long way to go in order to get to the exposure levels of developed countries.

In fact, if you go back 3 years, the only countries to still have lead in their gasoline were Algeria, Iraq, Yemen, Myanmar, North Korea and Afghanistan. Although a couple of these countries have taken measures since then to transition away from this dangerous type of fuel, these are changes that are only happening over time, and the dangerous thing is that just because you enact a restriction on the exposure of such material, you still have millions of people living with the consequences of decades of exposure.

Yes, lead exposure will not just affect you right now, but it will, in fact, have devastating long-term effects, the worst ones including death, although cognitive impairment is really quite common too, to some extent.

It’s actually such a concern that important institutions, like the WHO have made their resources that talk about the issue in depth. The good news is that at least the information has been getting out there and that the dangers of extended exposure to the dangerous material are significant, shouldn’t be ignored and that they cause both detrimental health damages, as well as billions and billions of dollars worth of additional health care costs, that various industries would rather avoid talking about, instead of using some of the many different lead particle alternatives that can be added to things such as paint, gasoline and other things.

Although the material has many uses, it’s not one that is used without side effects given its toxic nature, and it could easily mean that you have many products at home that you aren’t even realizing have the material in it.

The issue, in addition, is that many countries aren’t taking the necessary precautions to shield their youngest. Yes, kids are the ones that are most affected by lead exposure, with their still-developing brains. Hearing loss, learning difficulties and problems in school are just some of the things that arise from exposure to this heavy metal, and their long-term consequences are detrimental to countries’ economies, all due to companies’ current profits, that they don’t want to be sacrificing.

The material wouldn’t have the popularity that it has if it wasn’t for the fact that it definitely has the potential to make things more durable, and on the surface make them seem higher quality, but all of these effects come at a price – lead exposure is massively stopping Africa and other developing places from reaching their full potential, why acting on it and ensuring the limiting of kids’ exposure to the material is important.

The reality is that the exposures are far more than most people realize, and while certain things may seem more obvious, the use of lead paint is very common in a range of different consumer products in the developing world, and when being used in kids’ toys, that is when it becomes especially dangerous, as kids will naturally explore the objects they are being introduced to in the world.

Having legislated on the issue, it is very common to see toy recalls in the United States due to their lead content, why it is so imperative that developing countries join in taking strict actions to limit its use. However, it’s not just in kids toys’ that this type of paint is being used, although it is where it is arguably the most dangerous, continued exposure from other products will also cause harm to adults. Smelters, battery manufacturing, recycling plants, automotive shops are all places where the risk of exposure is significantly higher, in much higher concentrations than what the rest of the world permits, and if you are working in and around it all day, you also end up carrying it home in your clothes when you go home, which further increases the contamination risk for the risk of your family.

Changing manufacturing processes across the developing world will not be easy, as there are many businesses that have previously been relying on the various beneficial functions that the material does provide, but the reality is that there are many countries across the world that have successfully implemented vast measures to help lower the exposure, thereby significantly improving the overall health of their populations, and it’s about time that all countries that haven’t taken such a decisive stance on the matter to rise up and do so.

There is absolutely no reason why countries should willingly be allowing manufacturing practices that so obviously cause significant harm to their populations in the desire to maintain corporate interests, with experts estimating that the loss to the continental African economy suffers a US$134.7 loss every single year from the lead exposure that exists.

While many of the initiatives will need to be taken on a local and regional basis, it’s about time that measures are taken to figure out how to best prevent the loss stemming from a lack of action. The various initiatives will undoubtedly be the most effective if several African countries go together in addressing the issue, to avoid the problem simply being imported across country borders.

The Future of Work in Africa: The Roles of Skills, Informality, and Social Protection in Unleashing the Promise of Digital Technologies for All

People in developing countries spend half a trillion dollars annually — over $80 per person -- out of their own pockets to access health...
Read more
- Advertisement -