Audi e-tron Is World Market Leader in Its Segment

The Audi e-tron is the worldwide market leader in its segment. The first fully electric series-production model from Audi is popular all over the world with customers and media alike. Numerous awards and comparative tests stand testament to this. With the e-tron GT, the Q4 e-tron, and the Q4 e-tron Sportback, Audi is looking toward the electric year 2021 in both senses of the word.

In the first half of 2020, Audi delivered 17,641 e-tron models to customers worldwide. This corresponds to an increase of 86.8 percent as compared to the previous year – despite the difficult market situation due to the coronavirus pandemic. The fully electric Audi model is therefore way ahead of its competitors in the full-size battery electric vehicle SUV segment worldwide. It is even the overall top-selling electric SUV in Europe. 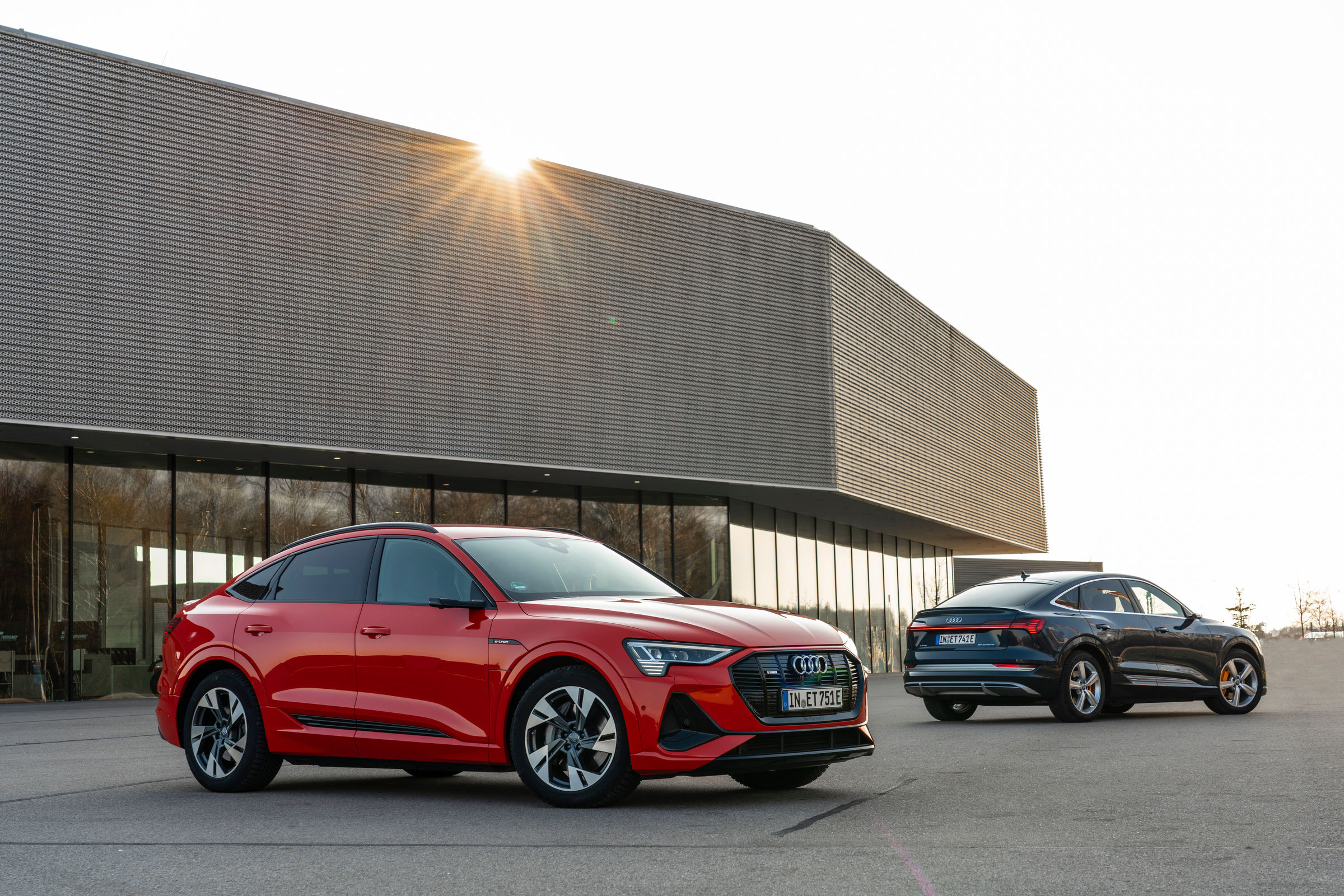 The Audi e-tron is highly sought after in the Scandinavian market in particular. In Norway, which is the pioneering country when it comes to electric mobility, it was the top-selling passenger-car model in the first half of the year. The e-tron makes up 92 percent of the volume of Audi models delivered in Norway. It also makes up a significant portion of deliveries in Iceland (93 percent), Sweden (12 percent), and Israel (14 percent).

In the USA, the e-tron has recorded an increase in sales by more than 50 percent as compared to the previous year. Hildegard Wortmann, Member of the Board of Management for Sales and Marketing: “The Audi e-Tron is a real game-changer for us and clearly illustrates our vision of sustainable and progressive premium mobility. Our first fully electric SUV combines design, dynamic handling, and interior quality with the latest technology – for emissions-free driving without having to make compromises. The e-Tron is the beginning of a new era for Audi. We will continue this success story.” 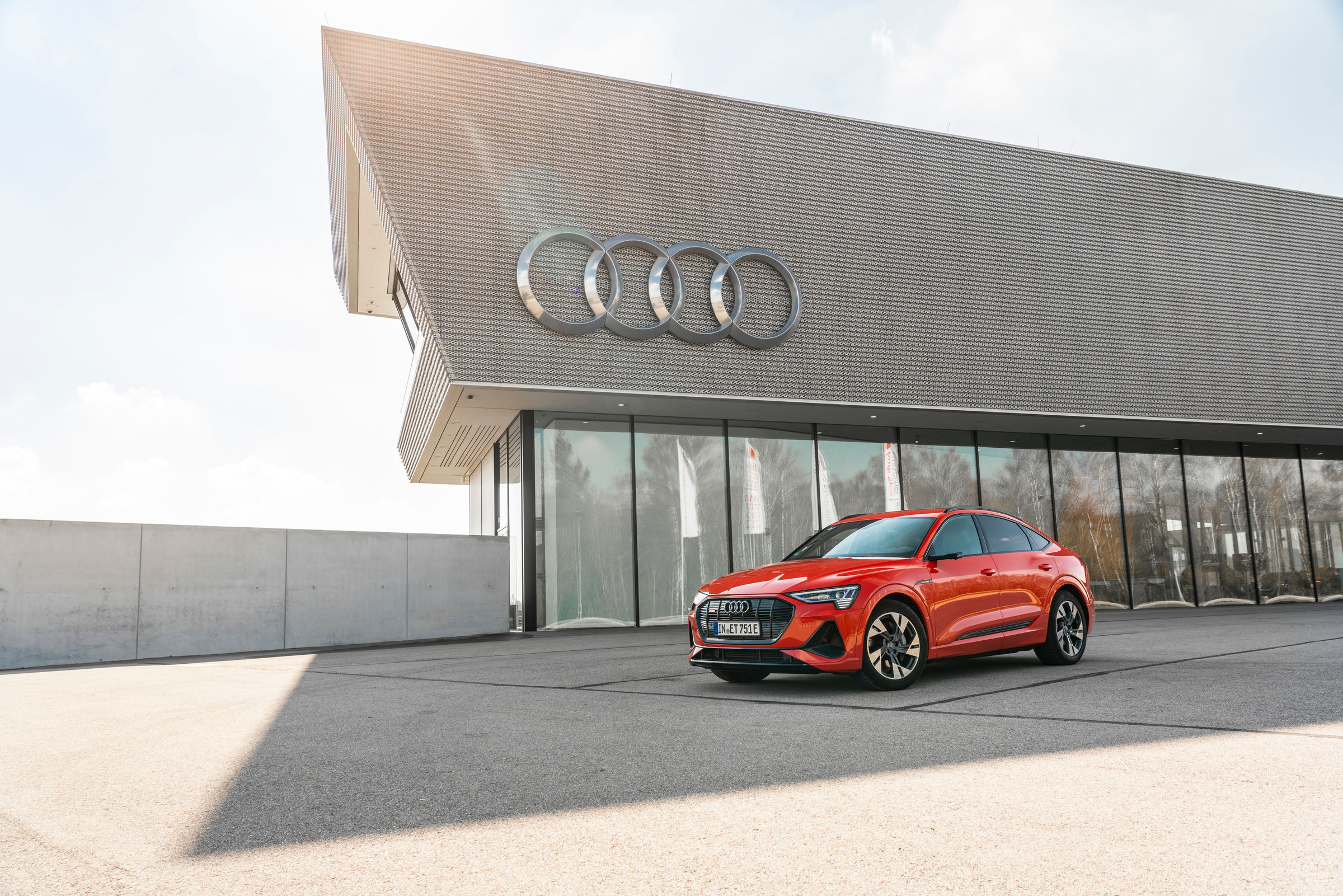 Fast charging and long-distance qualities as a trump card

E-tron drivers also benefit from fast charging speeds. The charging capacity of up to 150 kW is available for a significant proportion of the charging process. For a range of about 110 kilometers (68.4 mi), the customer ideally spends just under 10 minutes at the charging terminal. The Audi e-tron 55 reaches the 80 percent mark after roughly 30 minutes. 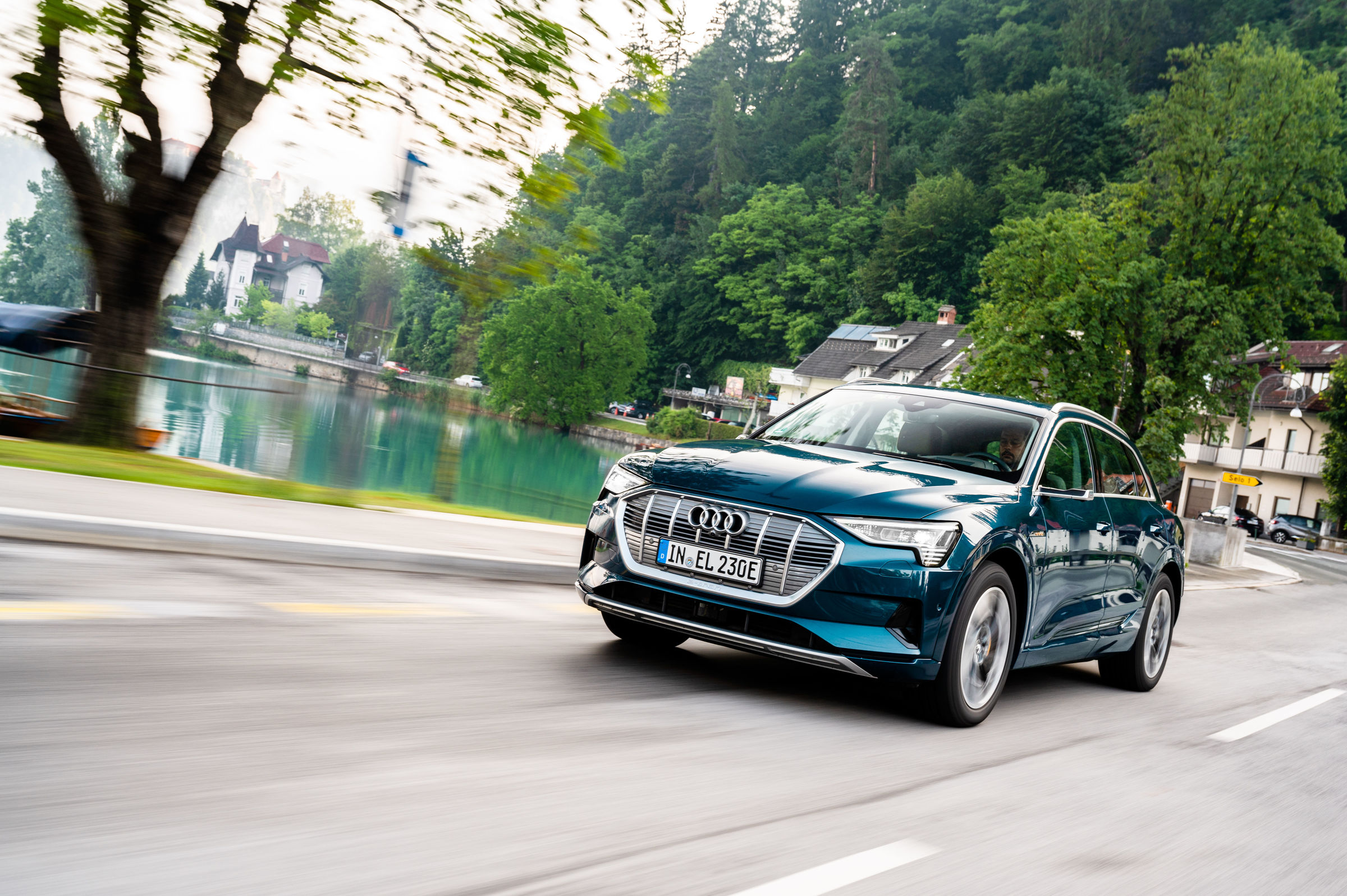 The e-tron Charging Service provides a further great advantage when it comes to everyday usability. The premium charging service makes around 155,000 public charging points in 25 countries accessible with one charging card. When driving abroad, customers can charge their cars according to the local purchasing conditions without any extra costs. The myAudi app and the Audi navigation system make operation particularly easy. In addition to planning the route and activating charging points, the driver is also always informed as to whether or not the charging terminal is currently available for use.

Awards in many categories

The Audi e-tron is a winner, as demonstrated by the numerous comparative tests and awards it has won. In 2019, the e-tron won more than two-thirds of all comparative tests. In addition, readers of “AUTO BILD Allrad” magazine voted the e-tron “all-wheel-drive car of the year” in the “all-wheel-drive hybrids and electric cars” category in Germany in 2019. The e-tron won the “Goldenes Lenkrad” (Golden Steering Wheel) in the “large SUVs” category, prevailing against competitors powered by a combustion engine. In the “company car of the year 2020” award, the e-tron won in the “electric cars full-size/luxury class” category.

The e-tron also receives awards in other countries regularly. In the USA, the model recently won the “Wards 10 Best Interiors” award for its futuristic interior. The US magazine “Green Car Reports” named the Audi e-tron the “Best Car To Buy 2020.” The e-tron also convinced the US Insurance Institute for Highway Safety (IIHS) in crash tests and was the first electric car in the world to receive the “Top Safety Pick+.”

The technical innovations of the Audi e-Tron also convinced experts. For example, Audi won the “Display Industry Award 2020” of the “Society for Information Display” (SID) for the development of the virtual exterior mirror. This award is one of the highest distinctions in the industry. The technology is also well received by customers. One third of all buyers opted for the camera-based exterior mirrors.

The Audi e-Tron marks the start of an extensive electric offensive that will include around 20 fully electric models by 2025. The Audi e-tron Sportback was added to the e-tron family in April. The “S” versions of the e-tron and e-tron Sportback, which were introduced just recently, form the sporty spearhead of the model series.

Today’s successes are an incentive for tomorrow’s goals. With the Audi Q4 e-tron concept, Audi gave visitors to the 2019 Geneva Motor Show a taste of the brand’s first compact electric SUV. With the Q4 Sportback e-tron, the brand has now presented the second model of the product line, which will go into production in 2021 as an SUV coupé. Both models will be important cornerstones of the electric strategy.

Customers can look forward to another major highlight coming next year. The four rings will be launching the Audi e-tron GT. Performance and expressive design are the most important ingredients for the e-tron GT. It thereby emphasizes the sportiness of the brand and continues the success story of the Audi e-tron together with the electric Q models. 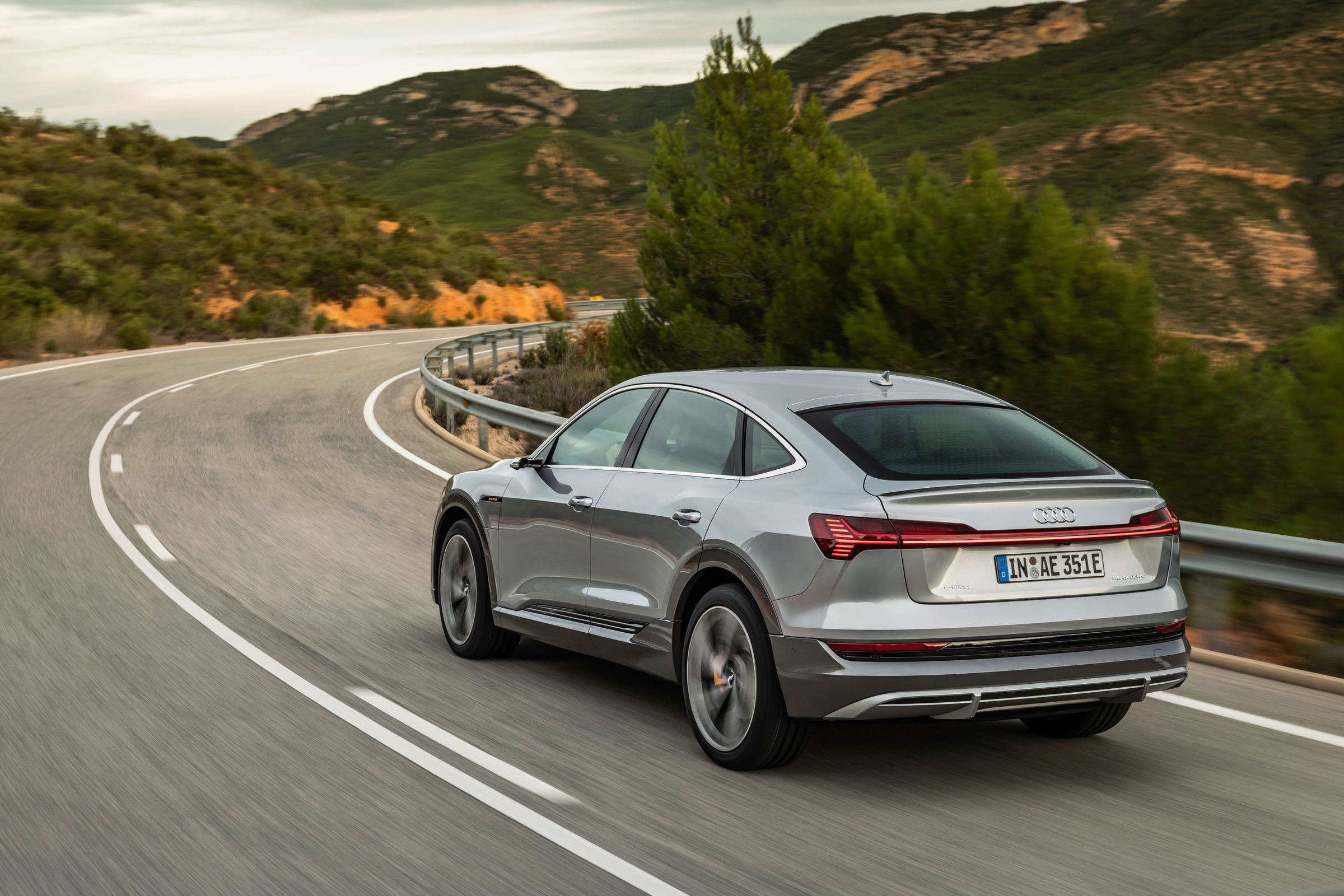 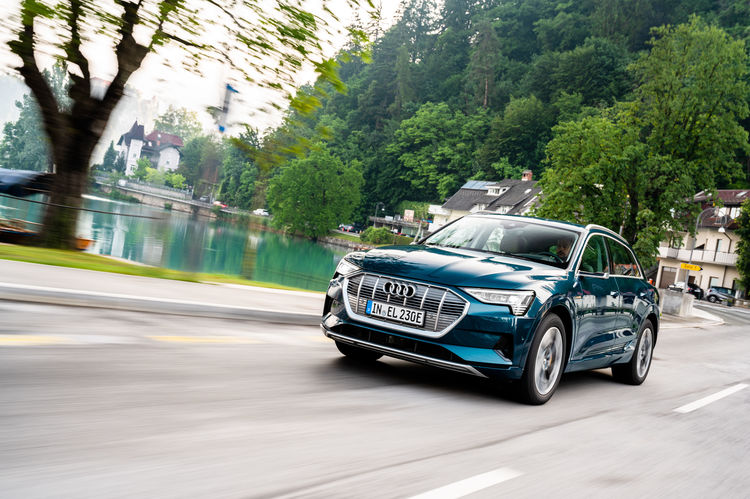 Audi has made important steps on the way to its debut in the famous Dakar Rally in January 2022. The concept of the innovative...
Read more

Clean drinking water is one of the most valuable resources worldwide: This is why Audi has included the economical and efficient use of water...
Read more

Even in 2020, a challenging business year, Audi vigorously drove ahead its transformation into a provider of sustainable and networked premium mobility. As a...
Read more

Audi is taking another step toward safer and more intelligent mobility. The premium carmaker is using high-precision swarm data for the first time to...
Read more
- Advertisement -