More countries show a rebound in consumer sentiment than a drop

At 40.9, the Global Consumer Confidence Index for July is up 0.9 points from last month. The past month’s increase is the first positive global growth since January 2020. Last month’s data suggested that, at a global level, consumer confidence appeared to be bottoming out; the incremental progress observed this month confirms this pattern.

However, the index is currently 7.8 points below its pre-pandemic level of January and almost three points lower than at any time since its creation in March 2010.

The Global Consumer Confidence Index is the average of each of the 24 world markets’ National Indices. It is based on a monthly survey of more than 17,500 adults under the age of 75 across 24 countries, conducted on Ipsos’ Global Advisor online platform.

Between June and July, Argentina (-2.6) and Saudi Arabia (-1.5) are the only countries to show a significant drop in their National Index. This is in stark contrast to last month when 12 of the 24 countries showed a drop of at least 1.5 points.

Furthermore, the Expectations Index, reflective of consumers’ outlook on their local economy, financial situation and employment, shows an uptick over last month (+2.5) to 51.5.

*Note: the July data was collected before the state of Victoria in Australia went back into lockdown due to a new spike of coronavirus. 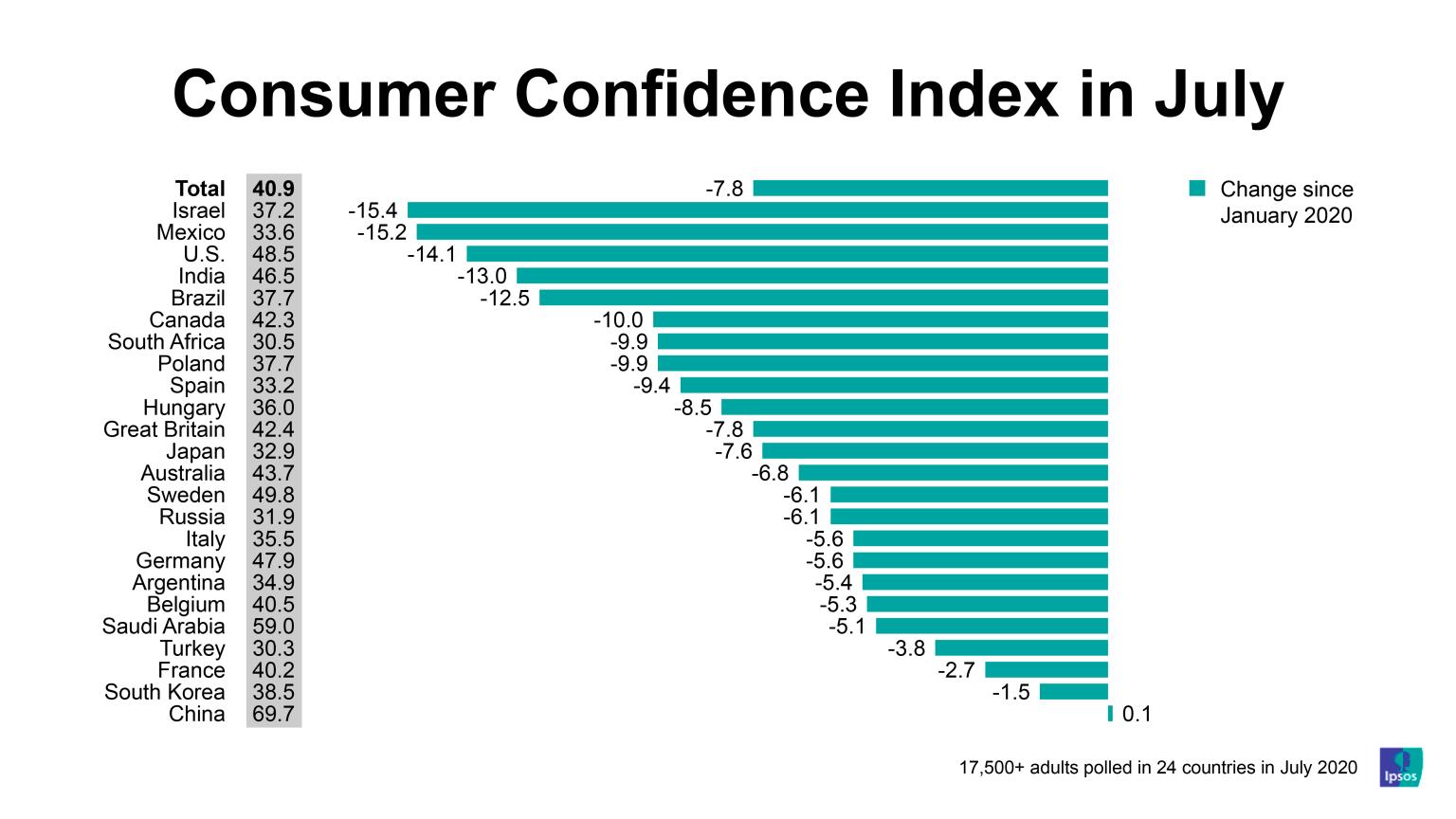 At a global level, while the Expectations Index is up significantly compared to last month, the Jobs Index and the Investment Index remained relatively flat from last month, increasing by only 0.3 and 0.6 points respectively.