Comfort food: Women more likely to admit to overeating, under exercising amid COVID-19

You only have to look as far as social media to be bombarded with images of recipes and what people are eating and cooking during this period of isolation amid the coronavirus pandemic.

Food or a lack thereof has become the forefront of what people are thinking about as we are restricted from indulging in other social behaviours. And, while the meals might look enticing and satisfying from the pictures, how many of you are overeating to cope with stress or anxiety during this outbreak? 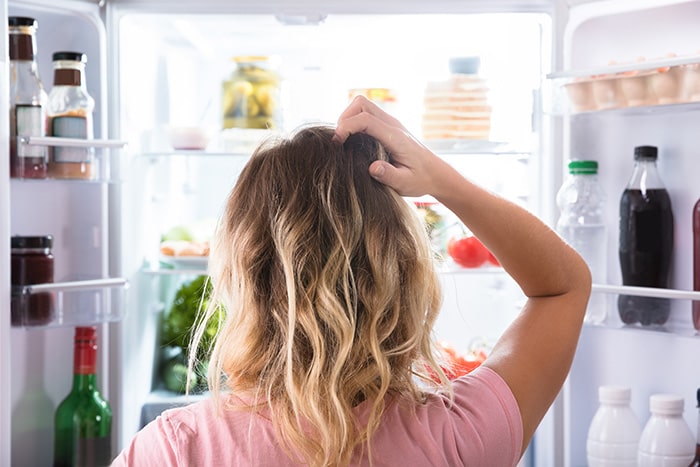 In a global survey of more than 16,000 people across 16 major countries, overeating is cited as the third biggest ailment or health condition that respondents say they are suffering from as a result of COVID-19 after underexercising and anxiety.

Women are more likely to admit they are overeating compared to men in 15 out of the 16 countries with the biggest gap between the genders in Canada and Russia (a 13 percentage-point difference), followed by the United Kingdom (12), India (10), Australia, South Korea and the United States (9).

Experts say a combination of gender coping mechanisms, social stereotypes and disruption of routines along with additional burdens due to COVID-19 may be contributing to why women feel they are eating more than they otherwise should or would.

Barbel Knauper, Professor and Director of Health Psychology Laboratory at McGill University in Montreal, said emotional eating, which is overeating in response to negative emotions, is more prevalent in women at all times than it is in men.

“Generally, this might be related to higher rates of depression and anxiety in women than in men, with emotional eating being one of many coping mechanisms to deal with negative emotions,” said Prof. Knauper.

“It might not be that women and men view eating differently but rather that emotional eating is a more common coping mechanism for women who are also more likely to have symptoms of depression and anxiety.”

Anxiety was the second most cited health concern in the study with at least a quarter of people in 11 countries saying they are suffering from this because of the pandemic, while depression was the fifth biggest concern. Women were more likely than men to cite anxiety and depression in all countries, except for Japan and China where more men reported feeling depressed.

Claus Vogele, Professor of Clinical and Health Psychology, and Annika Lutz, Postdoctoral Researcher in Clinical Psychology at the University of Luxembourg, said women are known to experience eating problems more frequently because they report overeating more often, and also restrict their eating behaviour to change their body weight or shape more frequently than men.

“This could make them more prone to reporting overeating, i.e. eating more than their diet plan allows,” they said.

“Social stereotypes about adequate meal sizes also differ for men and women. In consequence, large meals are socially more acceptable for men, which could contribute to comparatively fewer reports of overeating among men.”

Shilagh Mirgain, Psychologist at the University of Wisconsin School of Medicine and Public Health, agreed to add that men are more likely to admit to eating larger meal portions, while women are more likely to report a sense of loss of control over how much they eat and experience negative consequences such as dissatisfaction with body image.

“Women are also more likely than men to internalize stress and beat themselves up mentally,” said Dr. Mirgain. “Emotional overeating is seen more often in females than in males, perhaps as a result of the greater intensity of emotions expressed and experienced by women.”

In terms of body image, women in the survey were more likely to say they under-exercising compared to men in all of the countries except for Mexico, Spain, China and Brazil.

Experts said these social factors and biological coping mechanisms are being exacerbated by social distancing and isolation because of the pandemic.

People are experiencing a loss of structure, and the loss of regular coping strategies such as going to the gym, while grocery shopping and stockpiling food can also be overwhelming, according to Dr. Mirgain.

“Not being able to access certain foods a person typically eats can bring up a lot of anxiety. When things feel outside our control and there is increased anxiety and feelings of helplessness, it’s easy to turn to food for self-soothing,” said Dr. Mirgain.

“Under significant stress, most people automatically revert back to past coping strategies. For women, this may include a vulnerability to resort to emotional eating to cope.”

Meanwhile, Prof. Knauper adds that one of the main reasons for emotional eating is boredom and people are experiencing this more as they spend most of their time at home.

“One could do further analysis to see whether it is in relation to living alone, for example, in which case younger women may experience more boredom than their older counterparts, causing them to overeat more,” said Prof. Knauper.

Younger women – those aged 34 and under – were most likely to cite overeating of all the age groups. They were also most likely to say they are suffering from insomnia, anxiety and depression, according to the study.

Dr. Mirgain also said that it is during this phase of life when we enter adulthood and go through lifestyle changes such as getting a higher education, getting married or living with a partner and parenthood.

“During this developmental phase, it can be easy to feel lost or even rudderless. As a result of this, women may turn to food as a coping strategy and vulnerability to overeating may be the highest,” said Dr. Mirgain.

Added to this, women are often caregivers in a family, and their responsibilities may have increased on top of what they already do in the home because of the pandemic. As a result, self-care such as regular exercise and healthy eating may be put “on the back burner.”

How to cope without overeating

Experts agree there are various ways for women to soothe themselves with things other than food so that excessive weight gain from overeating and less exercise doesn’t put them at risk of developing long term illnesses such as diabetes.

Prof. Knauper said it’s important to identify and monitor new behaviours that have already set in such as eating while watching Netflix, which people are likely doing much more now, and how to break them with more adaptive behaviours.

“The good news is that the new habits are likely not yet deeply established and thus are still relatively easy to change,” said Prof. Knauper.

Dr. Mirgain recommends women process their emotions versus “stuffing” them by writing about it in a journal, talking to a trusted and safe person, or creating something to help express them.

“Express your emotions by making something, such as an art project, a vision board, a collage, baking something, TikTok dancing, gardening or writing,” she said. “Reach out to people, do video chats, plan some social time virtually to build your support base.”

She also said it’s important to be compassionate to ourselves and prioritize our self-care to help keep our immune systems healthy like getting regular sleep.

“Mindful awareness of the feelings and triggers, knowing that you are not alone and others are feeling the same way, and then offering some kindness to yourself through words, touch, actions [help],” said Dr. Mirgain.

Meanwhile, Prof. Vogele and Lutz recommend finding time to exercise at home and outside and sticking to a time slot. But if you do indulge in food – enjoy it slowly.

“Pay attention to the taste and the experience of eating and make it a special occasion,” they said. “This way you make it a treat instead of gobbling down food.”