The report, based on the research data for advert and editorial analysis had an error margin of 5% at 95% confidence level and in Q1 and Q2 2020, a total of 3,360 publications were monitored. 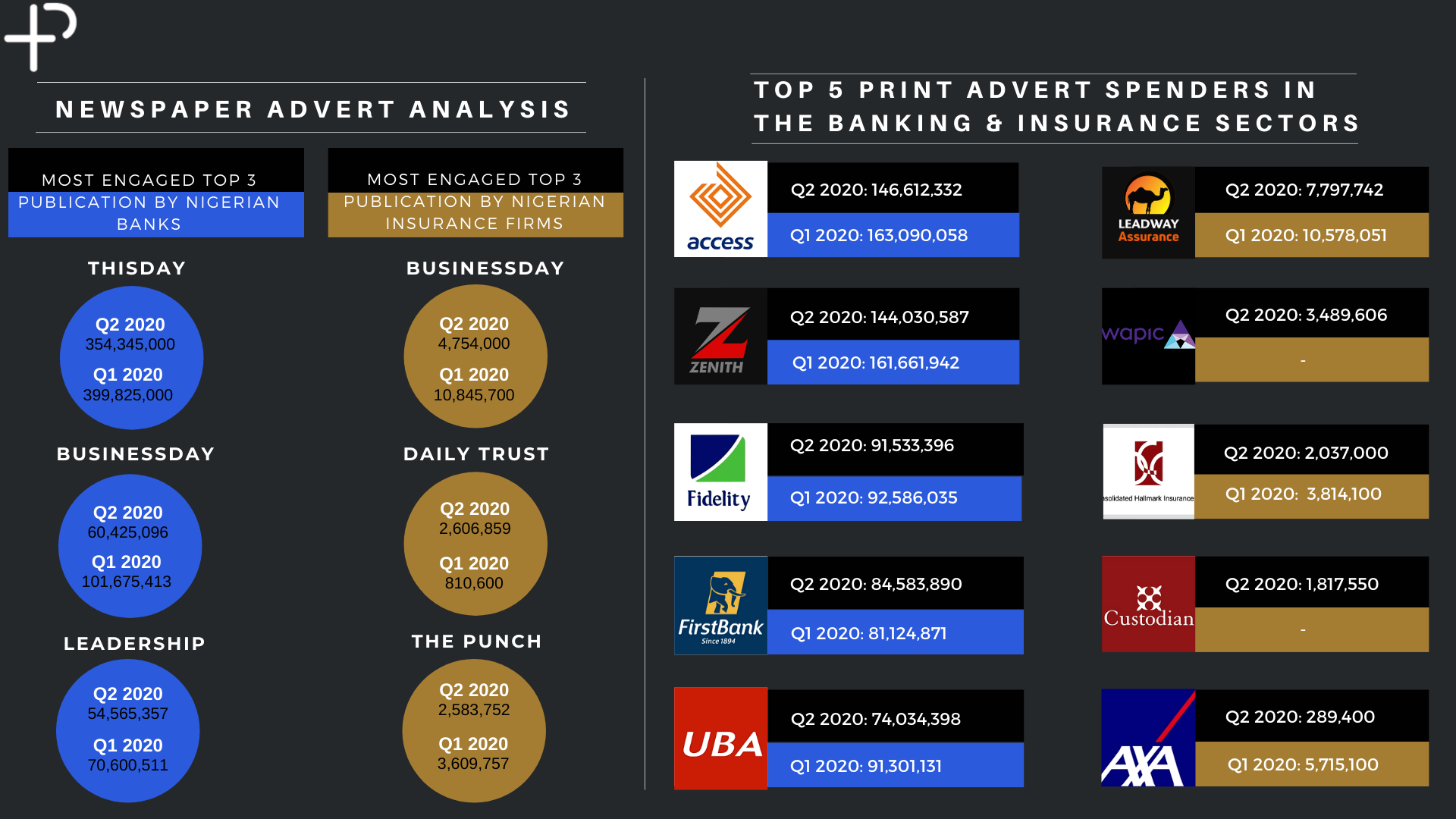 A Senior Media Analyst at P+ Measurement Services said: “the need to show the impact of messages by the banking and insurance industry was the driving force behind this audit report and we will continue to lead the path in delivering media data-driven analysis in key sectors of the economy”. 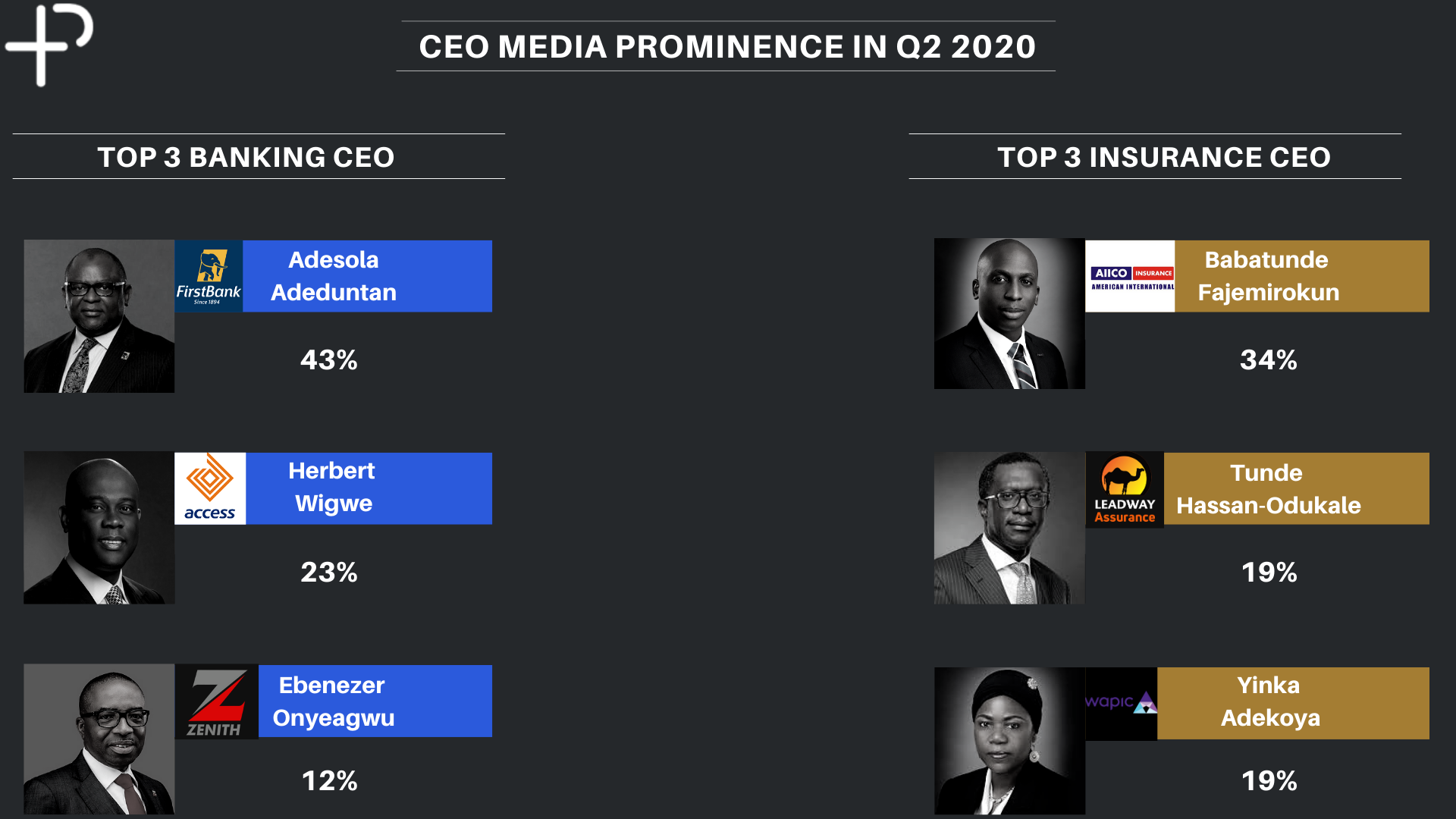 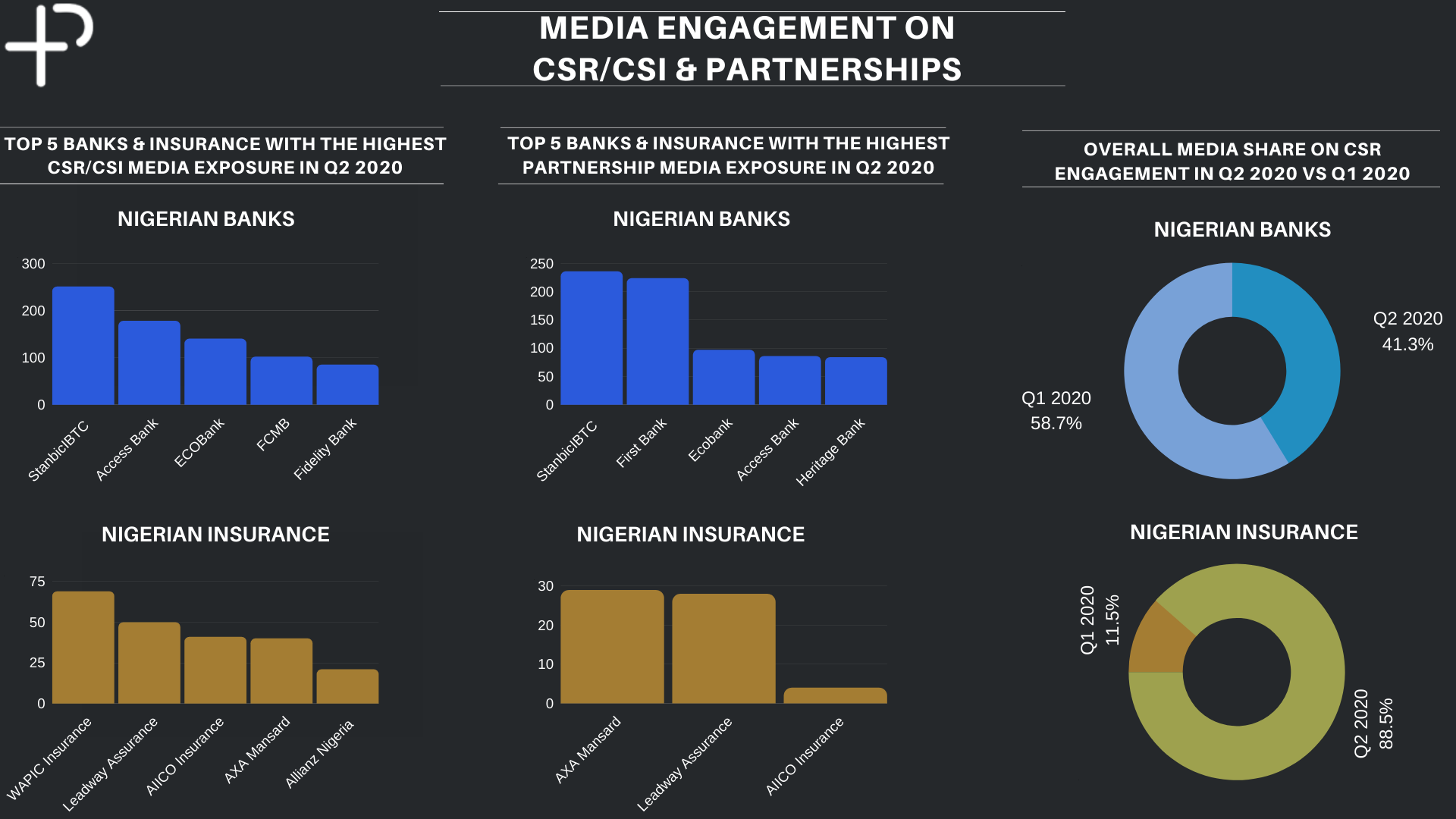 Findings from the report show that the media engagement on Corporate Social Responsibility was led by Stanbic IBTC, Access Bank, Ecobank, First City Monument Bank and Fidelity Bank and the insurance companies that ranked most in the said engagement include WAPIC Insurance, Leadway Assurance, AIICO Insurance, AXA Mansard Insurance and Allianz Nigeria.

Read Also:  BHM Group Collaborate with NIPR for 2019 PR Week to be held in lagos

The media intelligence report shows the prominence of Chief Executive Officers of banks and insurance companies as Adesola Adeduntan of First Bank of Nigeria, Herbert Wigwe of Access Bank and Ebenezer Onyeagwu of Zenith Bank led the Bank CEOs and Babatunde Fajemirokun of AIICO Insurance, Tunde Hassan-Odukale of Leadway Assurance and Adeyinka Adekoya of WAPIC Insurance led the insurance CEOs in Q2 2020.

An analysis showed that Collins Nweze of The Nation was the most prolific reporter for the banking industry while Nike Popoola of The Punch top the chart for insurance.

The World Instant Noodles Association has ranked Nigeria as the 11th country in the world with a strong demand for noodles. The first position...
Read more
Transportation

Last weekend the new V-Class celebrated its market premiere in China at Auto China in Beijing. The facelift of the Mercedes-Benz MPV is now...
Read more
News

Nigerian Investment Promotion Commission (NIPC) has emerged the second best for the second consecutive year of the Ministries, Department and Agencies (MDAs) that were...
Read more
Entertainment & Lifestyle

In order to achieve swift delivery and timely response(s) to media monitoring and measurement services inquiries by prospects and the general public, P+ Measurement...
Read more

The Nigerian media monitoring and measurement industry have P+ Measurement Services to thank for putting the Industry on the map once again. The innovative...
Read more