UK added to list of heavyweights in COVID-19 birthed recession

Official data released this week by the United Kingdom (UK) Office for National Statistics (ONS) shows that the UK economy has been added to the long list of global heavyweights that have been dragged into an economic recession as a result of the disruption of economic, social, and political activities by the COVID-19 pandemic since the beginning of the year.

An economic recession defines a situation in which the Gross Domestic Product (GDP), the measure of the prosperity of an economy contracted for two or more successive quarters. 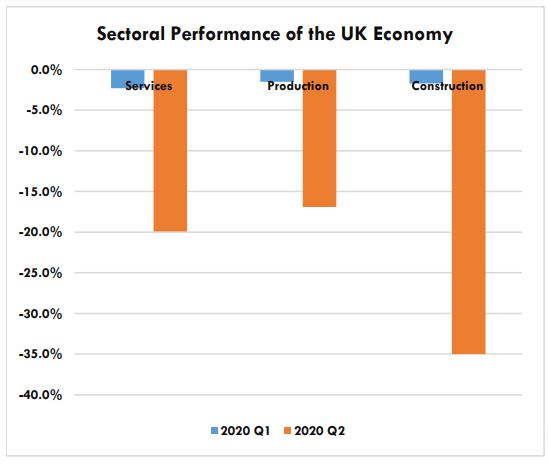 This development also makes the UK economy the sixth (6th) G7 country (with Canada yet to release official data) to have moved into a recession as a result of the global lockdown during the peak of the first wave of the Coronavirus pandemic between March and May 2020. 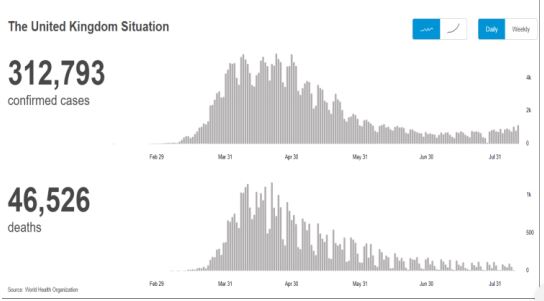 The unprecedented contraction of the UK economy reflects the sharp decline in output across the three main sectors of the economy – Services, Production, and Construction, all of which contracted by 19.9%, 16.9%, and 35% respectively in Q2’2020.

Besides, Private consumption expenditure, the largest component of the UK GDP led other expenditure indices of the GDP that contracted, as it shed 23.1% in the reviewed quarter (Q2).

Going forward, we expect the UK economy to witness modest recovery by Q3’2020, amid the gradual re-opening of the economy spurred by fiscal and monetary stimulus, and the reduction in the infection rate of the pandemic in the UK.

Nigeria has joined China, Egypt and Ivory Coast on the path to economic recovery, exiting its pandemic-induced recession by a hair’s breadth in Q4’20....
Read more