CAMA AND THE UNENDING DRAMA: 24 Major discrepancies between 1990 and 2020 Acts

Amidst the threatening economic fiasco due to coronavirus pandemic in Nigeria, President Muhammadu Buhari on August 7 signed into law the Companies and Allied Matters (CAMA) bill 2020 recently passed by the National Assembly.

The signature was contained in a statement made available by his Special Adviser on Media and Publicity, Mr Femi Adesina, the president’s action on this important piece of legislation, therefore, repealed and replaced the extant Companies and Allied Matters Act 1990 introduced after 30 years, several corporate legal innovations geared towards enhancing the ease of doing business in the country.

Meanwhile, tongues have been lashing and head rolling on the assent by President Muhammadu Buhari.

The Christian Association of Nigeria (CAN) rejected the CAMA Act 2020, especially because it applies to churches.

In a statement made available and signed by the Special Assistant on Media to the association’s president, Mr Adebayo Oladeji CAN reject the law tagging it as “unacceptable and ungodly.”

Also, Bishop David Oyedepo of the Living Faith Church kicked against the application of CAMA Act in churches.

Oyedepo said such laws were borne out of government’s jealousy about the prosperity recorded by the churches.

Oyedepo questioned the rationality behind subjecting churches to the same laws as companies, describing the church as God’s heritage on earth.

In reply to the standpoints of CAN and Oyedepo, the federal government through one of its aides, Lauretta Onochie said, “I hope this is not true. If it is, Oyedepo will have to manufacture his own country and live by his own laws.

“As long as he lives and operates within the entity called Nigeria, he will live by Nigerian rules and laws. He will do as he’s told by the law. Enough of lawlessness.”

However, a Lagos Based Litigator, Legal Practitioner, and social commentator, Morakinyo Olasupo, Esq., said that the churches are just being frivolous especially the religious leaders who have criticized CAMA, 2020.

“You cannot benefit under a law that clothes you with a juristic status and run away from checks, balances, and thorough Regulation. They are in a state of fear because of copious atrocities and financial recklessness that happen among the religious leaders.

“The churches are incorporated as Registered Trustees with their CAC identities, why then are they clamouring for the exclusion under the same the law. Why are some of these churches scared of transparency and accountability?” he queried.

Read Also:  CAMA: Highlight Of Positive Changes To The Companies And Allied Matters Act ( Cama ) Via The Passage Of The Cam Bill 2020
- Advertisement -

See the differences in the table below: 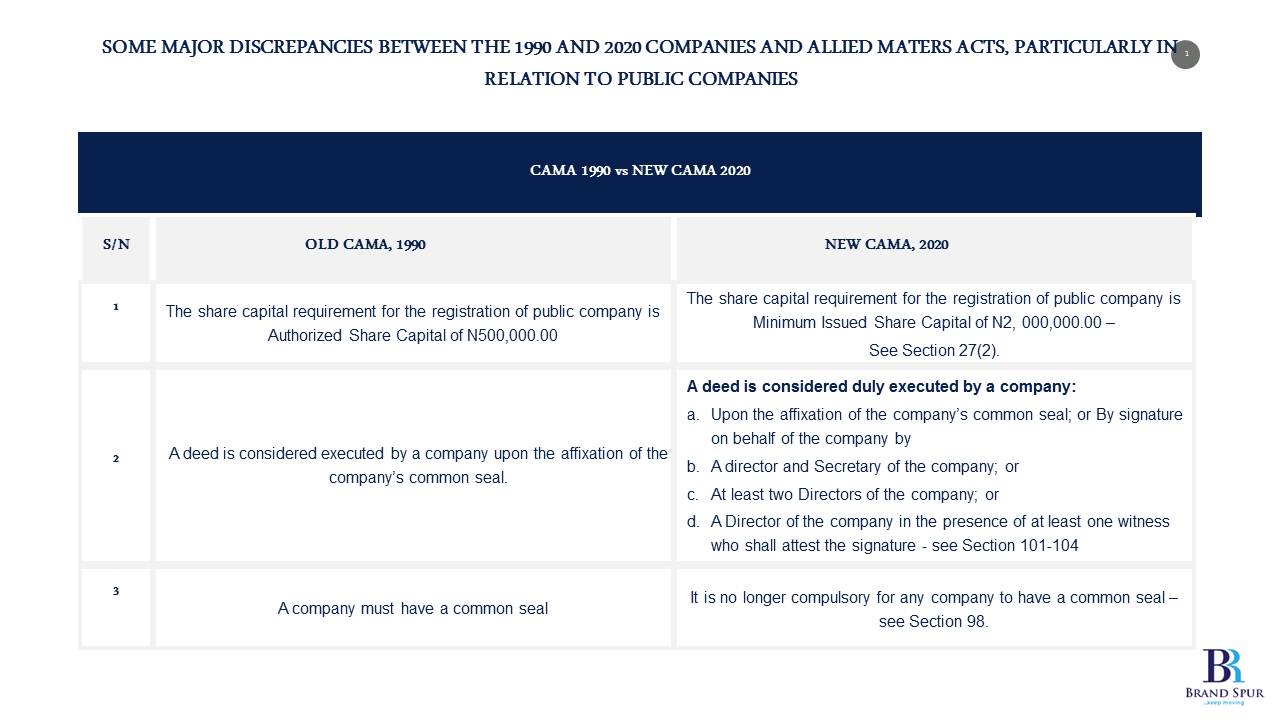 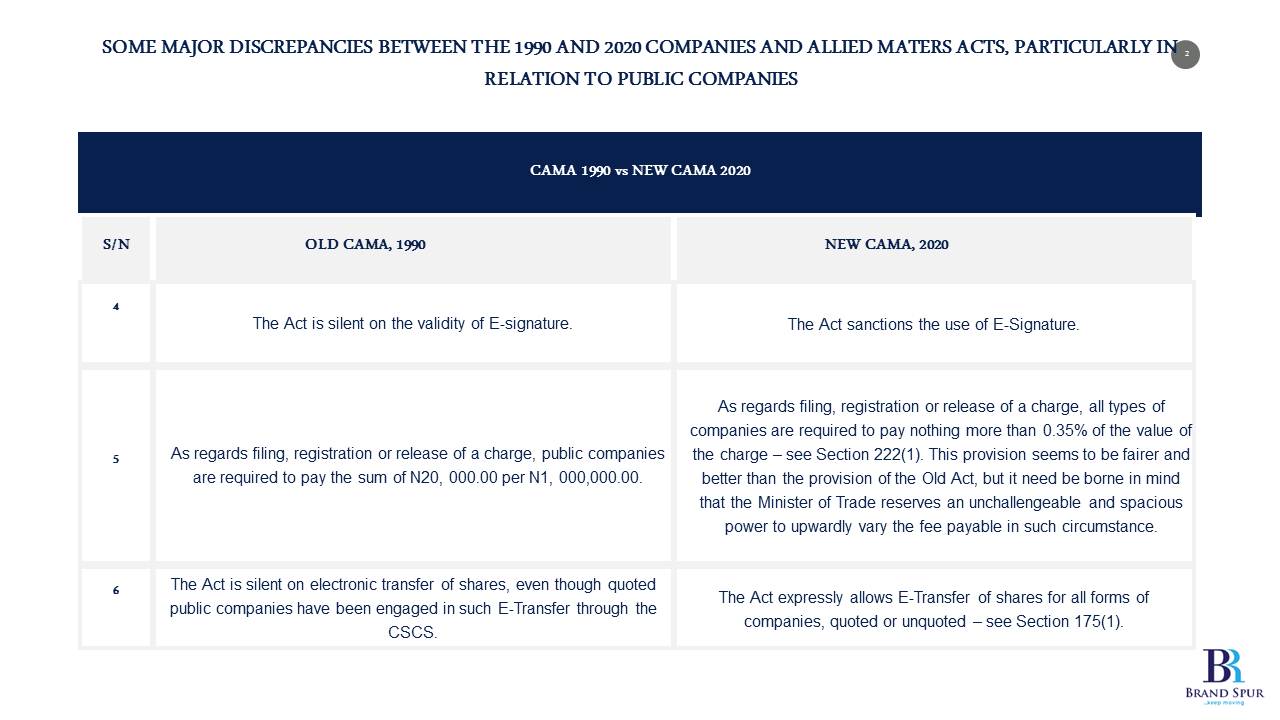 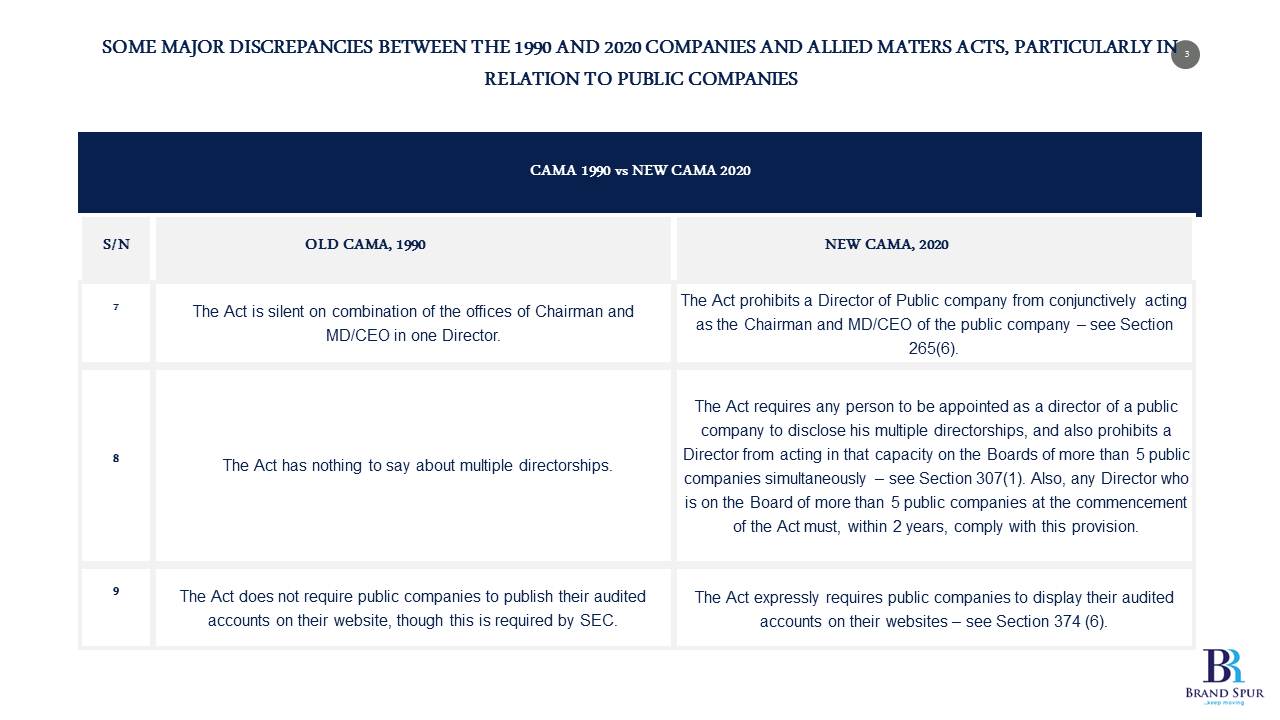 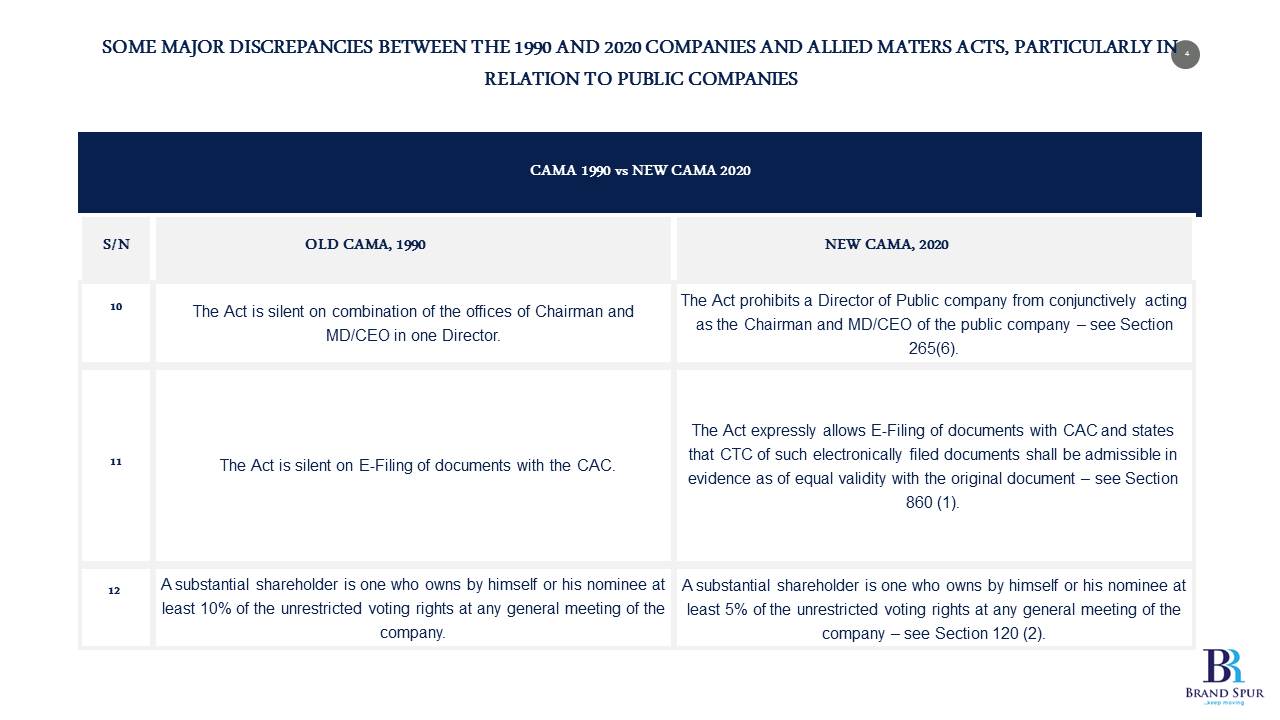 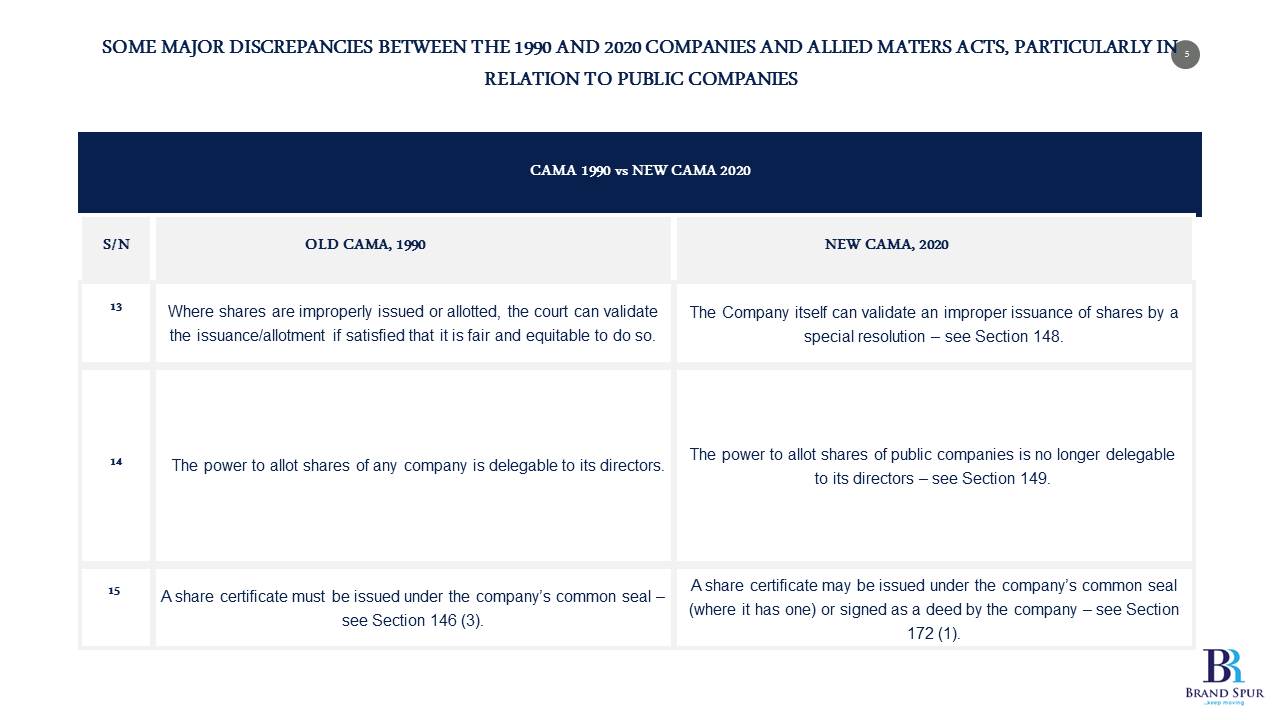 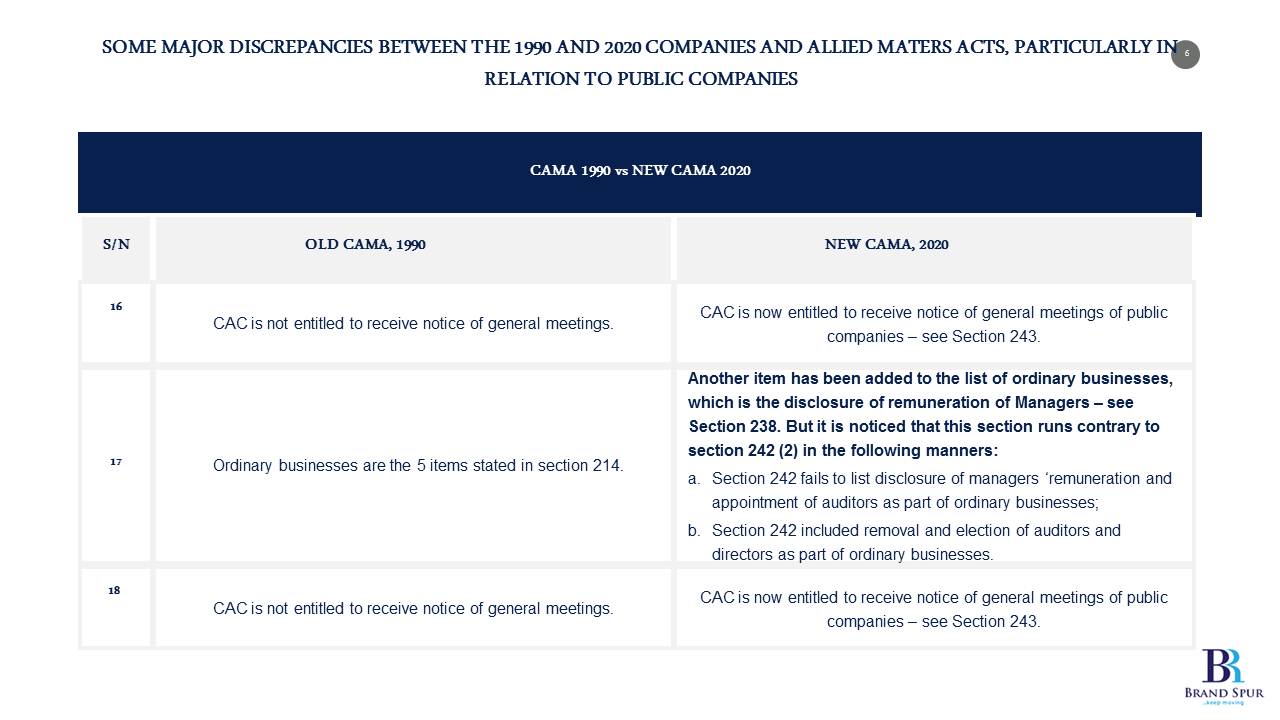 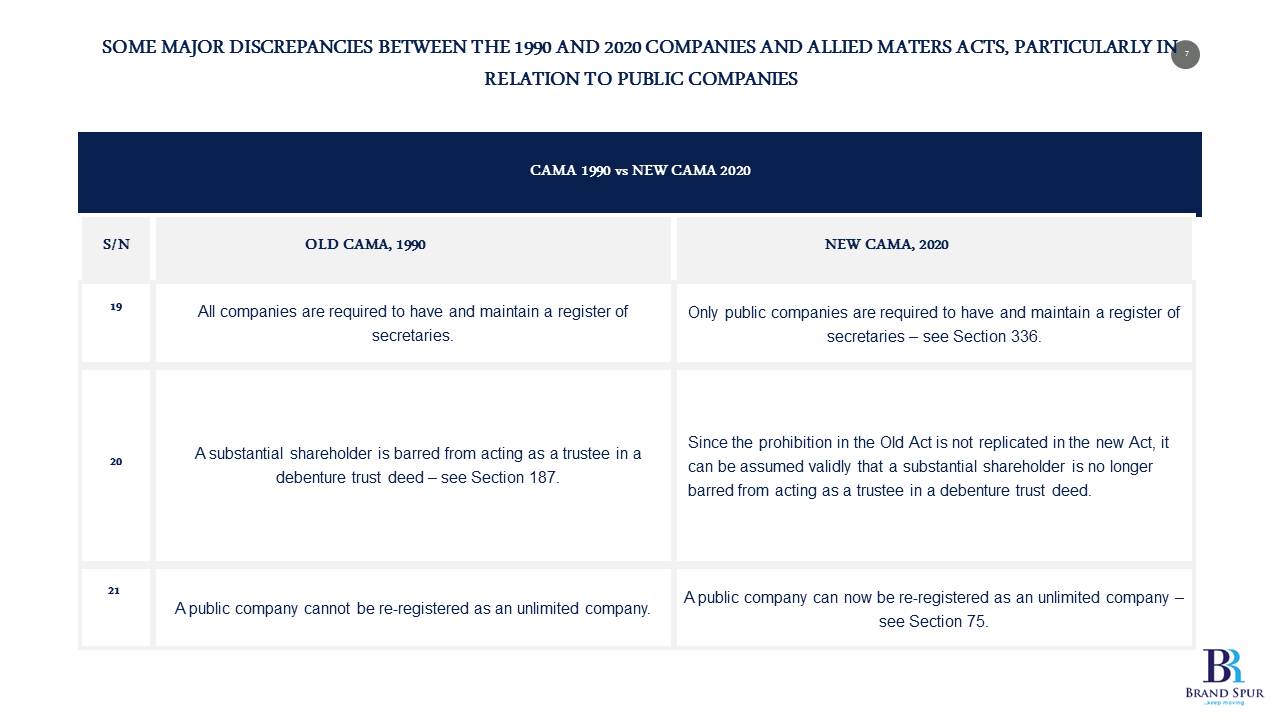 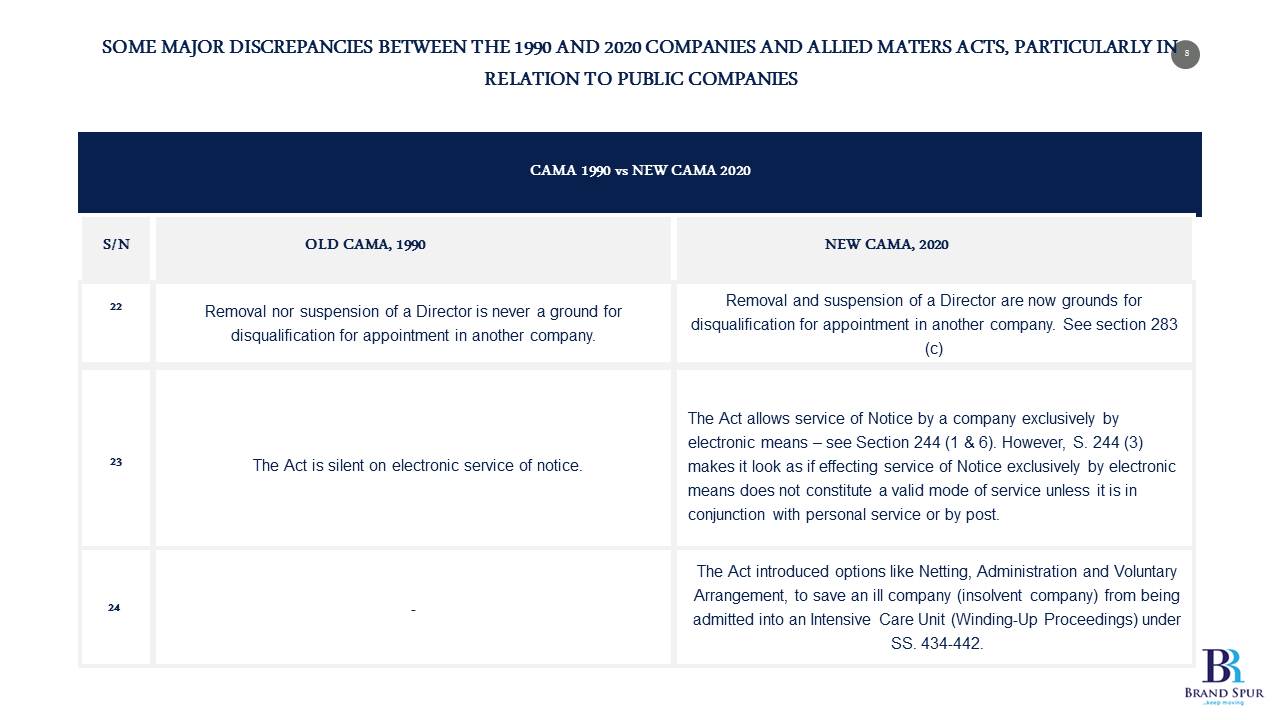 The Nigerian National Oil Organization (NNPC), on Sunday, said it made a sum of $4.60billion from raw petroleum and gas sent out between June 2019 and 2020.

The shape of disruption in the retail space: how it works, how to respond to it, and why it matters

You won’t find too many jokes about ‘digital transformation’. It’s a serious business. And if you ask who is doing it, every corporate will raise their hands – but there’s little agreement around exactly what it is, the implications for the organisation, how to go about it. RMB’s recent retail client webinar, featuring Wits’ Prof Brian Armstrong, provided strong direction.

Nigeria’s Gross Domestic Product (GDP) decreased by -6.10% year-on-year) in real terms in the second quarter of 2020, ending the 3-year trend of low but positive real growth rates recorded since the 2016/17 recession.

The COVID-19 pandemic has had a severe impact on the global automotive industry, causing supply chain disruptions and factory closures. All of this placed intense pressure on the market already coping with a downshift in global demand.

Digital Ticketing Sales to Grow 150% by 2022, as Passengers Return to Travel

Hampshire, UK – 24th August 2020: A new study from Juniper Research has found that digital ticketing transaction volumes will exceed pre-COVID levels by 2022; rising from 12.7 billion in 2020 to 32 billion in 2022. It anticipates that continued easing of global travel restrictions will drive increased demand for mobile ticketing in the rail, metro and bus sectors, as commuters return to work.

Here Are The Poorest Countries in the World

The Board Audit Committee of Julius Berger Nigeria Plc will meet on Thursday, April 25, 2019, to consider the results for the First Quarter...
Read more

Advantages And Disadvantages Of Private Companies Limited By Shares In Nigeria

Section 22 of the Companies and Allied Matters Act ("the CAMA") provides that a private limited liability company is a company which states in its...
Read more

The Nigerian Stock Exchange (NSE) has fined NEM Insurance Plc for contravening Rule 19.3 of its Rulebook. This was after the NSE received a...
Read more
- Advertisement -