The COVID-19 pandemic and nationwide lockdown has compounded the effects of existing gender inequalities and led to an increase in violations of women’s rights, including elevated risks of domestic violence and other forms of GBV. This has been evident with Vodacom’s GBV command centre (GBVCC) reporting a spike in gender violence-related calls during the nationwide lockdown.

As part of its ongoing commitment to fighting against GBV, the Vodacom Foundation hosted a GBV webinar on 25 August, which aimed to shed light on the impact of GBV and how to overcome it. During the webinar, Vodacom also announced the launch of a R5 million Gender-Based Violence Fund to further support survivors of GBV. 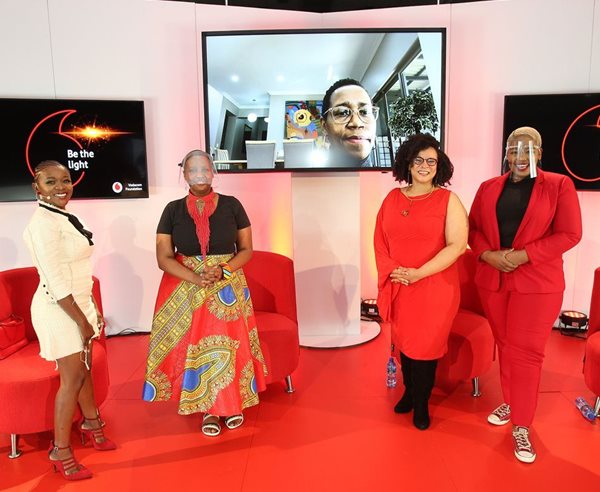 READ ALSO: VIVIEN SHOBO RECOGNIZED AS ICON OF THE YEAR at THE 2020 AFRICAN BANKER AWARDS

The virtual event was facilitated by Lebogang Mashile, poet, author and speaker as well as a panel of dynamic guest speakers who shared their personal stories including:

“Conversations have started in Vodafone, and Vodacom on these forms of discrimination, because the only way to stamp out racism, gender and class discrimination is to first acknowledge that there is a problem, that these forms of discrimination exist in societies in which we operate, and that it will not be tolerated in the workplace. Our global and group CEOs are taking the lead. These conversations, force all of us to introspect on the kind of culture we want to create for ourselves and for future generations,” said Netshitenzhe.

During the course of the webinar, the panel shared their personal experiences of GBV, discussed how society views survivors of GBV and challenges women face when leaving abusive relationships.

The impact of Gender-Based Violence (GBV) is extensive and includes physical, sexual and mental consequences for women and girls that remain with them for years. “Many people don’t acknowledge the various levels and effects of GBV. People need to understand that abuse affects women in physiological and neurological ways,” says Motene. “We need to also acknowledge the strength it takes for survivors to speak out about their abuser as they often face scrutiny from different areas of our society,” says Motene.

Read Also:  Love to Grill? Here is an Opportunity to Win N750,000 in the Jack Daniel’s #BrothersOfTheGrill Mastergriller Competition this Easter Period

Hlabane, Operations Manager at Frida Hartley Shelter for women said the country needs to improve its structures to support survivors of GBV. “There is a large misconception that victims of GBV are weak. They are asked questions as to why they were abused or why did they not speak out sooner. We need to improve our structures to support survivors of GBV and improve funding towards support systems so that these survivors are not forced to stay in abusive relationships,” says Hlabane.

Vodacom’s GBV programmes focus on prevention, response and victim support. The response is through the Gender-Based Violence Command Center which we helped to launch in partnership with the Department of Social Development in 2014. Victim support is through digital literacy we provide in the shelters for victims and survivors of GBV. The new mobile-based App which we have developed is part of our prevention strategy.

The App will serve as a risk assessment tool for the App users to determine if they are in an abusive relationship so that they could seek help. Through this mobile-based App, the user will be able to compile and keep a journal of abusive incidents that could serve as evidence during criminal investigation and prosecution. The app is intended to augment our prevention and response focus. We plan to launch this App later this year.

5G mobile broadband and fixed wireless access services are already live in Johannesburg, Pretoria, Durban and Cape Town and they are being deployed...
Read more

Convergence Partners’ subsidiary, inq. has acquired Vodacom Business Africa’s operations in Nigeria The company (formerly Synergy Communications) has extended its reach via the 100 per...
Read more