The Lagos State Government has stated that it will soon establish a coconut processing factory in Badagry to further optimise the use of coconut and harness the economic potentials in the value chain. 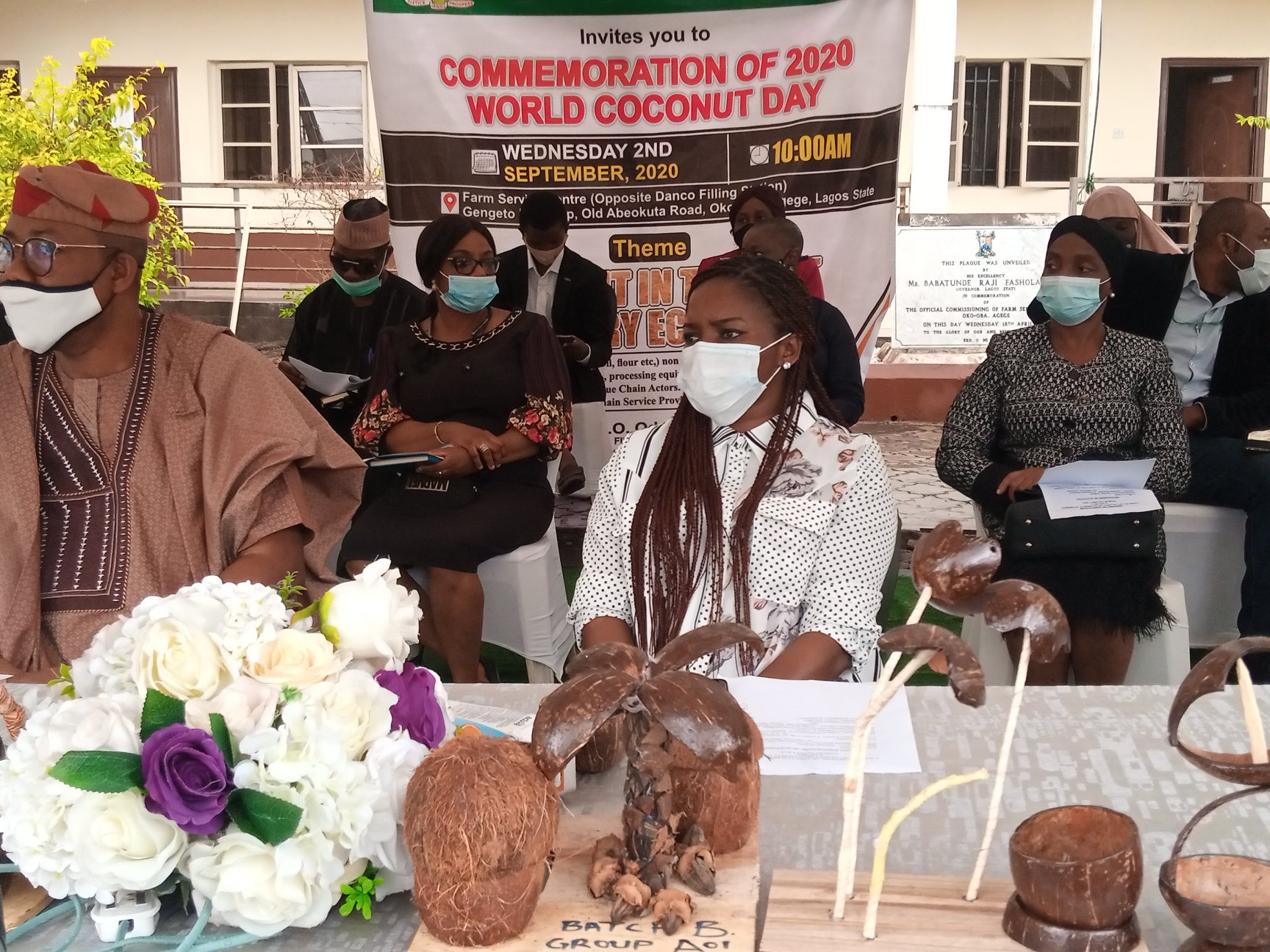 The State Acting Commissioner for Agriculture, Ms Abisola Olusanya, disclosed this at the Year 2020 Coconut Day Celebration organised by the Lagos State Coconut Development Authority at Lagos Farm Centre, Agege.
She said that the factory would be exclusively dedicated to the processing of coconut husk to coir and coco peat, among others, under a Public-Private Partnership arrangement in the State’s Y2021 Annual Work Plan and Budget.
She noted that these initiatives further reinforce the State’s position as the number one coconut producer in Nigeria, in addition to providing employment opportunities for the teeming citizens.
She also stressed that the processing factory would also catalyse the entire industry, such that more people will come within the sub-sector and create additional business opportunities in the value chain.
The Acting Commissioner revealed that Lagos State is the largest coconut producing State in Nigeria, contributing over 70 percent to what the nation produced.
She said: “I believe Nigeria as a whole produces over 350,000 tonnes of coconut annually but it is far behind what the likes of Philippines, Malaysia and other Asian countries are producing on an annual basis.

“It is believed that with all these efforts, Lagos State will continue to be the number one coconut producer in Nigeria. This will, to a great extent, provide jobs and employment for teeming citizens. The support will also lead to various job creation in other areas aside from the above mentioned and contribute to export and foreign exchange earnings for Nigeria.”
While reiterating Governor Sanwo-Olu’s commitment to adopting a much more robust food security strategy for the State next year, the Acting Commissioner said the theme of this year’s celebration “Coconut in the 21st Century Economy” was aimed at creating awareness for the promotion of production, processing, utilisation and commercialisation of the coconut value chain.
She said that the occasion takes into cognisance the fact that Nigeria ranks l8 among over 92 coconut producing countries of the world, of which Lagos State contributes about 70 percent of national production of coconut and its products.
“This occasion, therefore, serves as another timely wake up to go back to the basics and rekindle the interests and values of coconut and its plethora of products for social, environmental, economic and wellness advantages as seen to be practised and enjoyed sustainably by coconut driven economies.
“Lagos has a comparative advantage for coconut production, processing, utilisation and commercialisation and as of today, remains the hub of Coconut in Nigeria and all coconuts traversing the West Coast of Africa,” she said.
Olusanya noted that the implementation of many initiatives in the coconut sub-sector by the State Government is to further bring awareness of the potentials of coconut that have not been fully tapped.
She congratulated all the coconut value chain actors and assured them of government’s continuous support in providing an enabling environment to unleash potentials of the wonder crop to an enviable level.
In his presentation, Dr Joshua Odewale of the Nigeria Institute for Oil Palm Research (NIFOR), Benin City, Edo State, urged the government to set up an endowment fund for coconut and coconut products, national consumption and export for about 20 years, noting that the Philippines set a 25-year endowment fund goal.
He expressed the need for government to take coconut as a personal crop, know the crop and identify the genuine stakeholders in the coconut industry as well as the secondary product needs of the industry.
BRAND SPUR