According to a report from Omdia, iPhone 11 from Apple was the top-selling smartphone model globally during the first half of 2020. The total sales for the models were 37.7 million units. It was a significant improvement over the 2019 H1 performance. Back then, the iPhone XR sold a total of 26.9 million units. 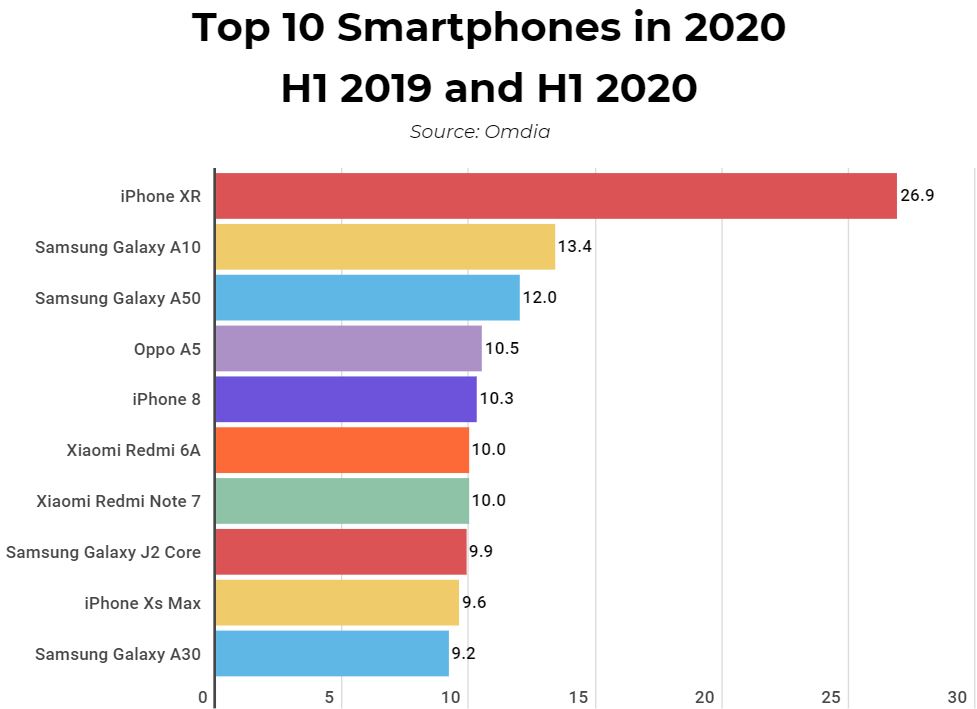 Samsung took second place with the Galaxy A51, which sold a total of 11.4 million units during the six-month period. Unfortunately, though, the good news ended there for Samsung as that was the only model that made it to the top 10. 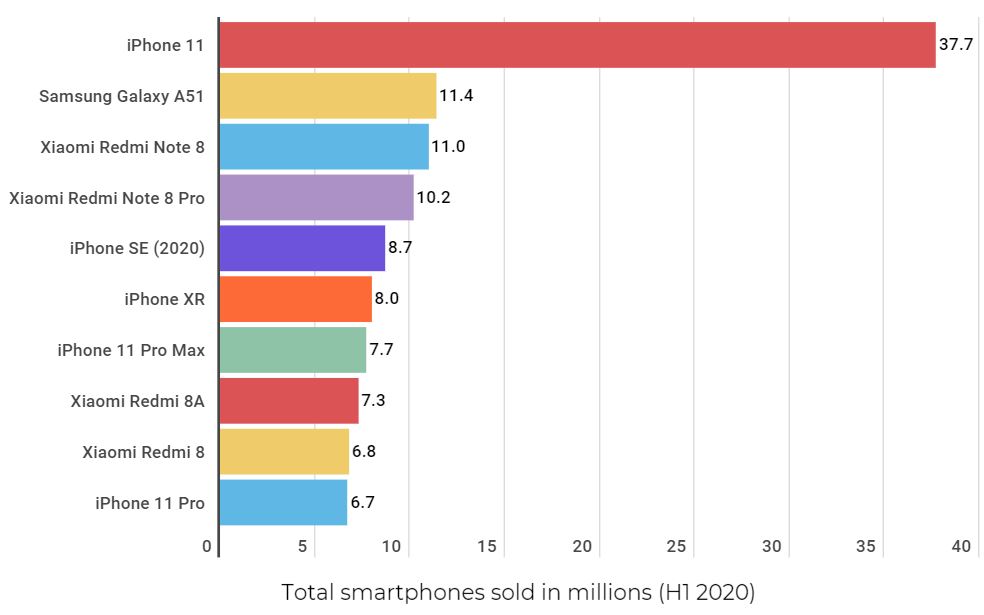 Many technology novices and experts alike are interested in the various features of Apple iPhone 12. Particularly this is because it's a major redesign...
Read more